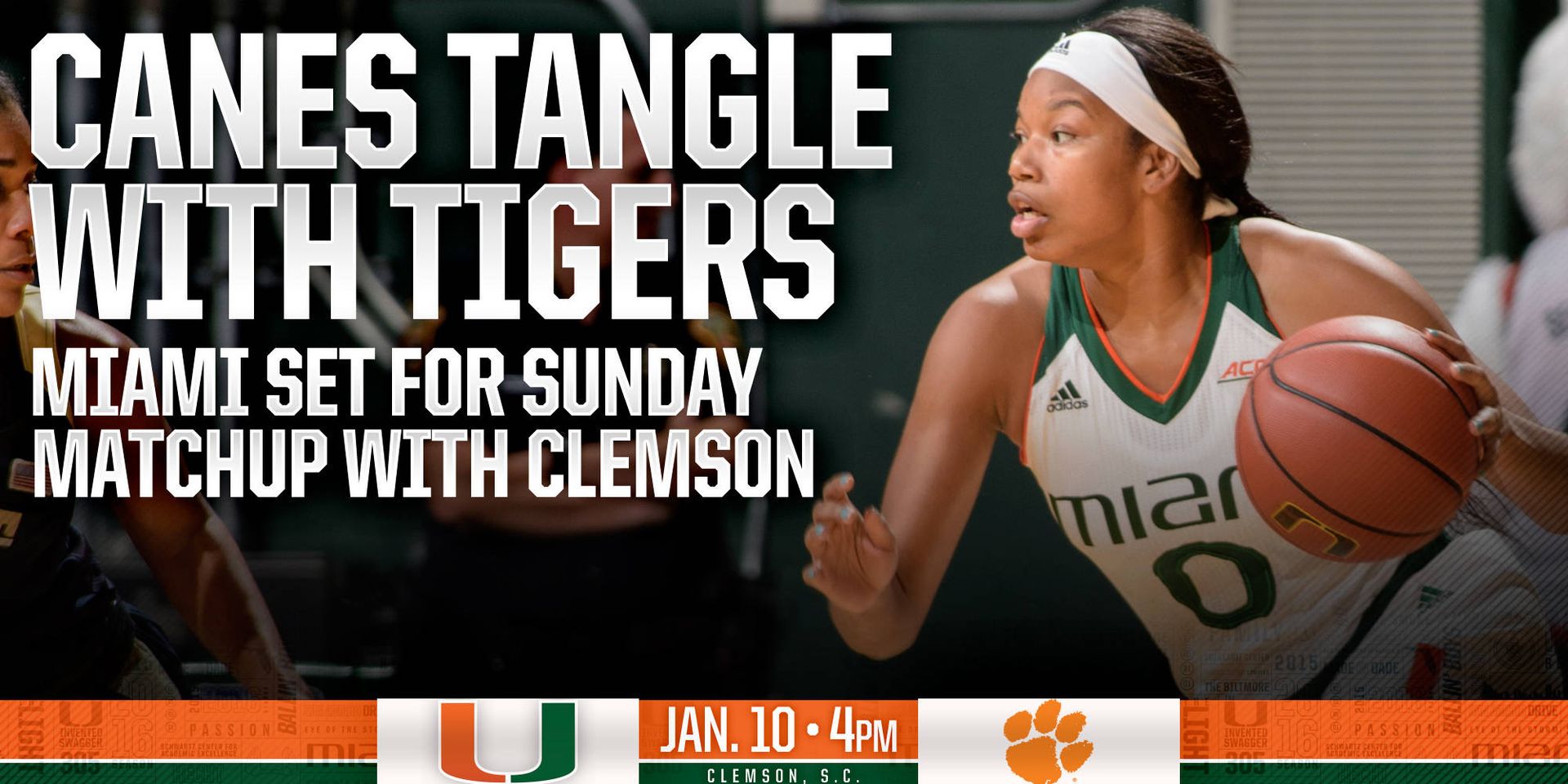 The Game
The Hurricanes, receiving votes in both the AP Poll and the USA TODAY Coaches Poll, will play Clemson Sunday at 4 p.m. at Jervey Gym in Clemson, S.C.

The Series
Miami leads the all-time series against the Tigers, 8-6, and have captured five of the past six matchups. In the most recent meeting, the Hurricanes earned their largest ACC victory over the past three-plus seasons, as they picked up a 79-42 victory over the Tigers on Jan. 15, 2015.

The Opponent
The Tigers enter the game at 4-10 on the season and have played just one ACC game, falling 72-56 at North Carolina this past Sunday. Clemson has two players averaging double-digit points per game, with sophomore wing Nelly Perry leading the way at 14.8 an outing. Freshman guard Danielle Edwards averages 11.8 points per game and also leads the team in rebounds (5.5) and assists (3.4) per game. The Tigers were selected No. 15 in the ACC preseason poll after finishing 9-21 (1-15) in 2014-15.

Last Time Out
Miami rolled past Pittsburgh for a 79-55 victory Thursday night at the BankUnited Center in Coral Gables, Fla. The Hurricanes shot 31-of-59 from the field, with their 52.5 percent clip was their best shooting performance the season. Woods nearly recorded a triple-double, finishing with 11 points, nine rebounds and nine assists. Motley scored a game-high 20 points on 8-of-11 shooting, including 4-of-4 from 3-point range, and Hayes added 15 points on 7-of-7 shooting from the floor. The Hurricanes had four times as many fast break points as Clemson, finishing with a 24-6 edge.

Up Next
The Hurricanes come back home to take on Wake Forest at the BankUnited Center Thursday, Jan. 14.