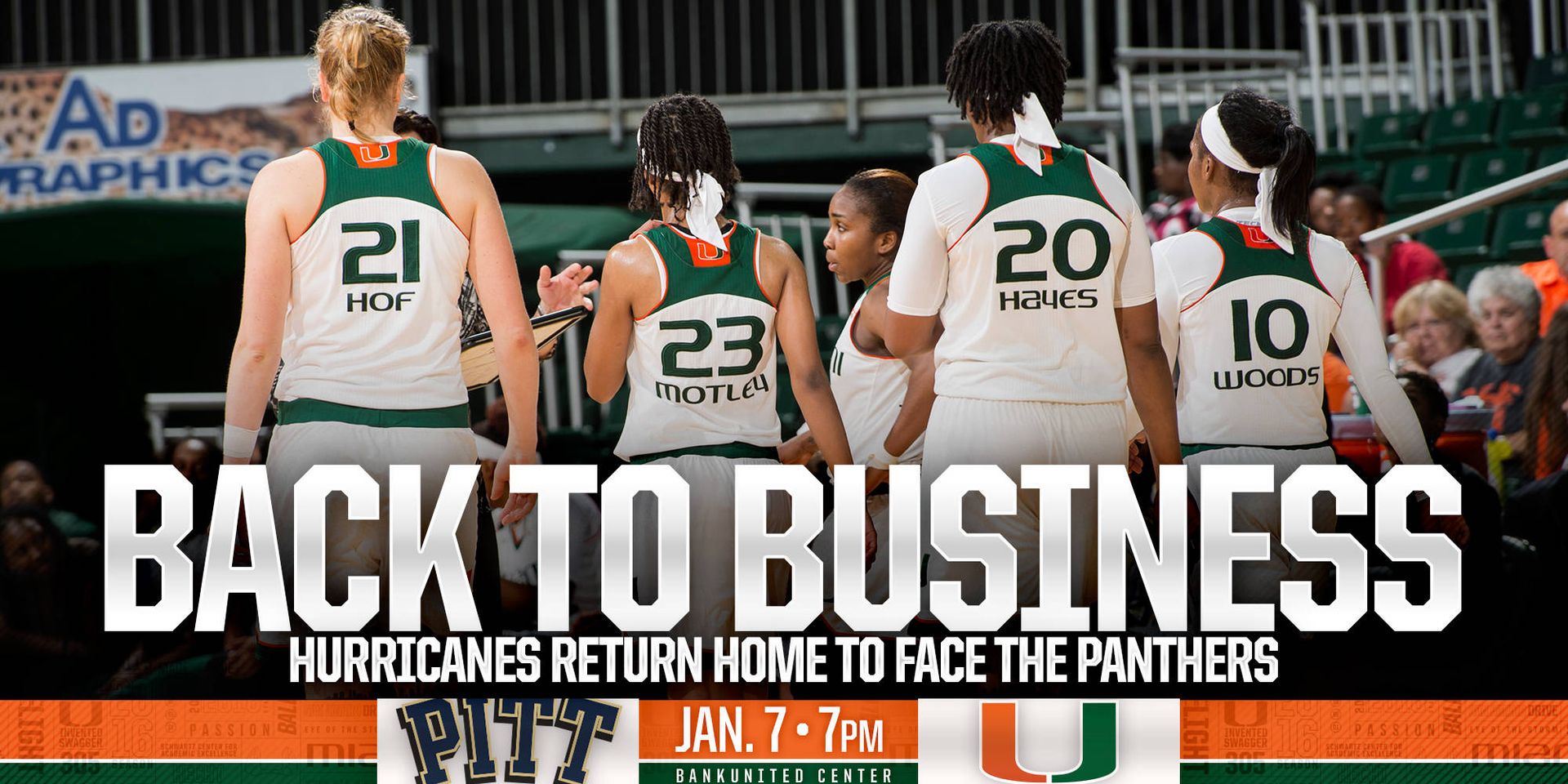 @CanesWBB to Host Pittsburgh at the BUC

The Game
Miami, receiving votes in both the AP Poll and the USA TODAY Coaches Poll, is set to face Pittsburgh Thursday night at the BankUnited Center. The contest is scheduled for 7 p.m.  Tickets are $5, with youth 12-and-under admitted free of charge.

The Series
The Hurricanes hold a 17-9 edge in the all-time series with the Panthers, including a 12-1 advantage at home. Miami has won 10 of the past 13 matchups, including five of the last six. The teams are 1-1 against each other in ACC play, with Pittsburgh winning the most recent game, 81-66, on its home court on Feb. 1, 2015.

Meier has guided Miami to 54 victories in ACC play over the past five seasons, the second-most of any team in the conference. The 2010-11 AP National Coach of the Year  is in her 15th season as a head coach, spending the first four at Charlotte, and owns a career record of 272-181, including 196-136 at Miami.

The Opponent
Pittsburgh is 8-6 on the season, including 0-1 in ACC, dropping its conference opener at home to third-ranked Notre Dame, 65-55, Sunday. Two Panthers are averaging double figures in scoring in freshman forward Kalista Walters (12.9) and sophomore forward Yacine Diop (10.9). Pittsburgh was tabbed No. 10 in the ACC preseason poll after posting a 20-12 (9-7 ACC) record in 2014-15 and reaching the second round of the NCAA Tournament.

Last Time Out
The Hurricanes dropped just their second contest of the season Sunday at Virginia, falling 76-56 to the Cavaliers at John Paul Jones Arena in Charlottesville, Va. Miami was led by 12 points from Thomas, while Hayes and Hof chipped in with nine points each in the defeat.

Up Next
Miami heads to the Palmetto State to face the Clemson Tigers at Jervey Gym Sunday. The game is set for 4 p.m. at Jervey Gym.

Additionally, there will be a chalk talk in the Hurricane 100 Room at 5:45 p.m. All season ticket holders are invited to attend the event, for which doors open at 5:30 p.m.