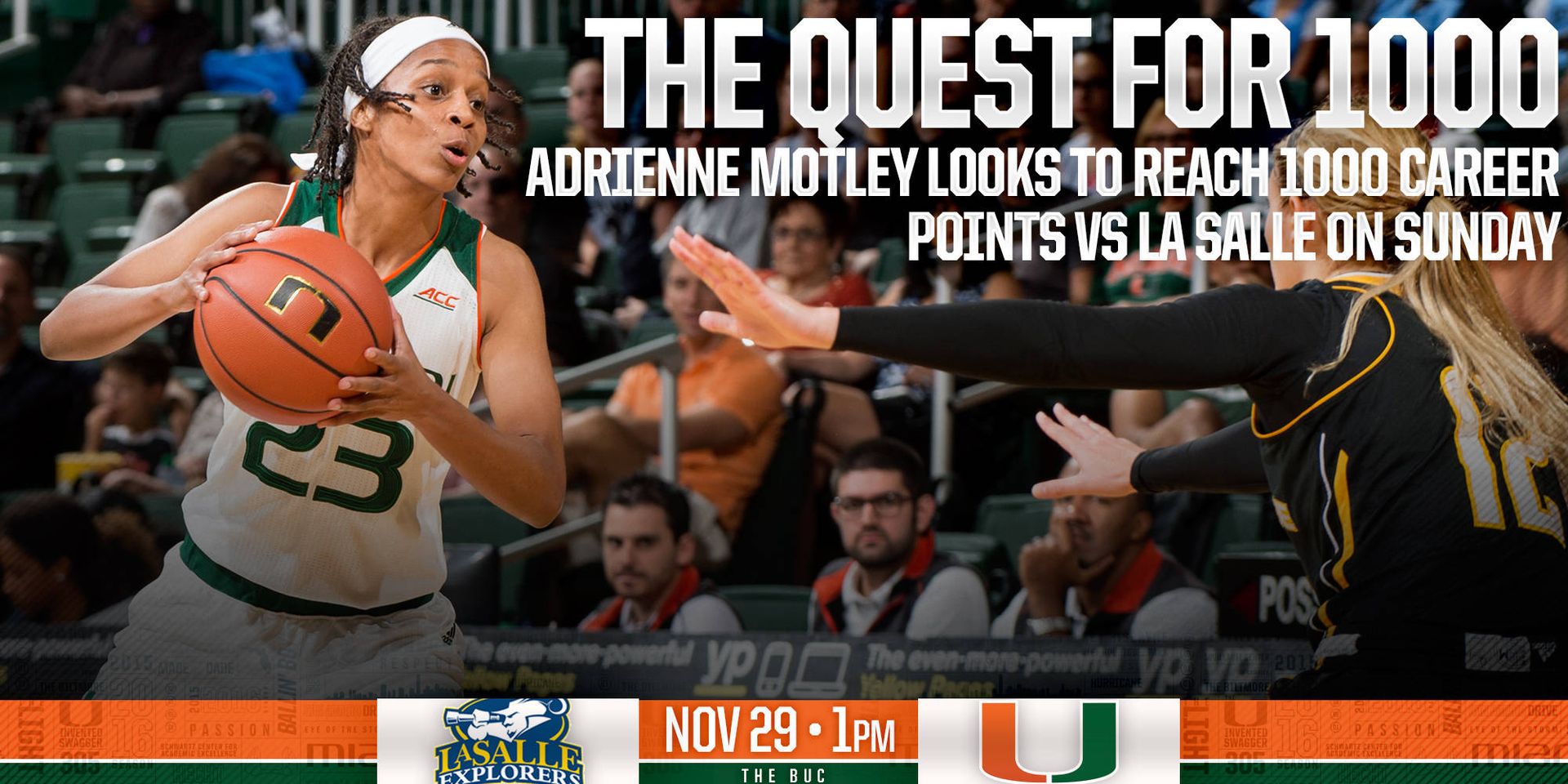 The Game
The Hurricanes, receiving votes in both the AP Poll and USA TODAY Coaches Poll, will conclude play in the Miami Thanksgiving Classic Sunday at 1 p.m. against La Salle at the BankUnited Center. Tickets are $5, with youth 12-and-under admitted free of charge.

Adrienne Motley, a junior guard from Newport News, Va., will be seeking to reach the 1,000-point milestone in her career. She currently has 998 points in 70 games, placing her just two points away from becoming the 24th Hurricane to reach quadruple digits.

The Series
La Salle is the third of four teams Miami will face this season that it has not previously squared off against.

Meier has guided Miami to 53 victories in ACC play over the past five seasons, the second-most of any team in the conference. The 2010-11 AP National Coach of the Year  is in her 15th season as a head coach, spending the first four at Charlotte, and owns a career record of 265-179, including 189-134 at Miami.

Last Time Out
Miami improved its record to 6-0 for the third time ever with its 77-38 defeat of Milwaukee Friday at the BUC. Motley poured in a game-high 17 points, including nine in the first five minutes of a fourth period during which the Hurricanes outscored Milwaukee 26-4. Cornelius reached double figures for the first time in her career, concluding the game with 10 points, and made all four of her field goal attempts. The Hurricanes had a 44-8 edge in points in the paint and led 31-2 in bench points.

Up Next
The Hurricanes are set to take on Illinois Wednesday, Dec. 2 at the BUC in the Big Ten/ACC Challenge. The game is scheduled for 7 p.m.