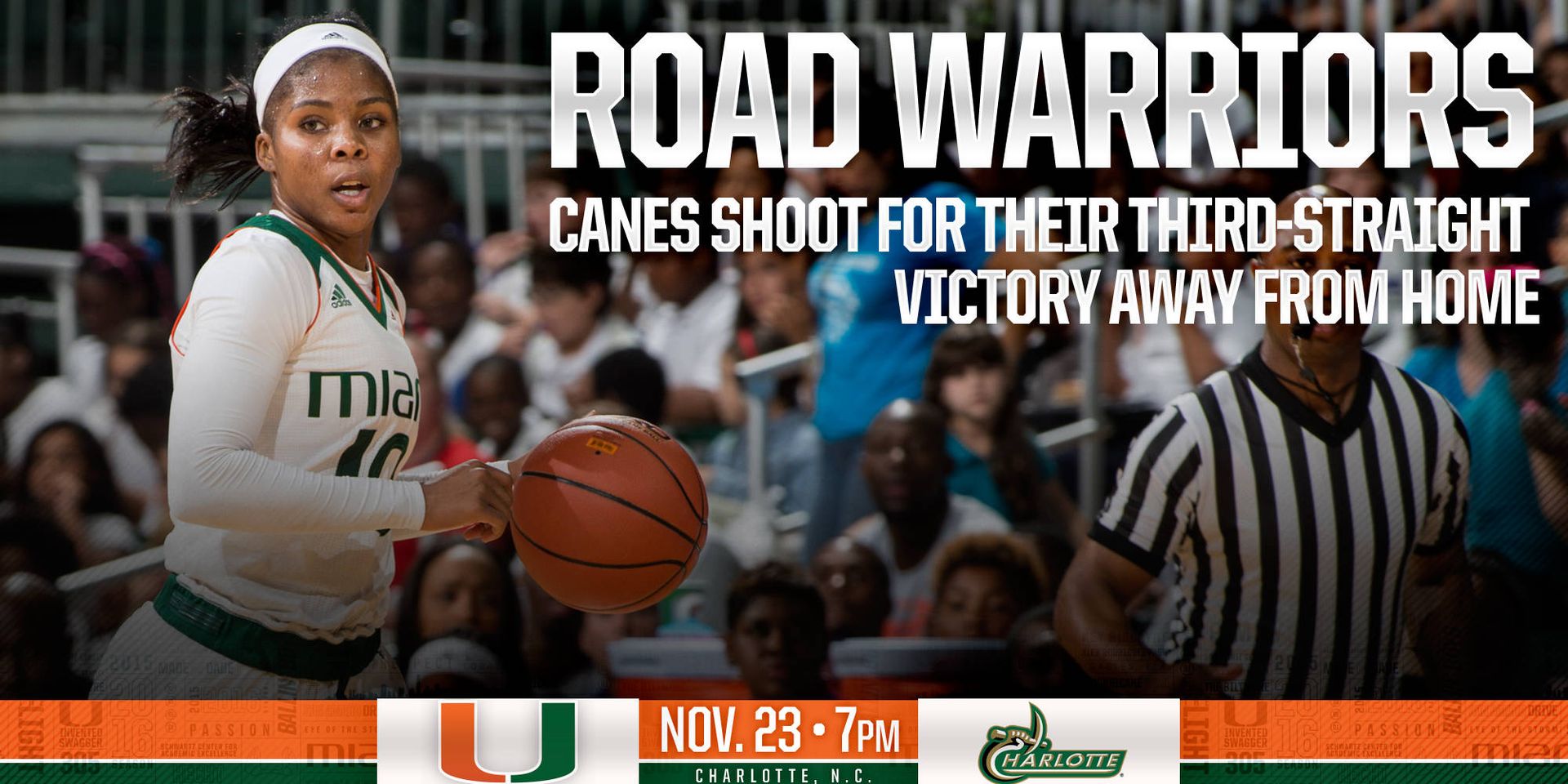 The Game
The Hurricanes, receiving votes in both the AP Poll and USA TODAY Coaches Poll, will play Charlotte Monday at 7 p.m. at Dale F. Halton Arena in Charlotte, N.C. Miami head coach Katie Meier spent her first four years as the head coach at Charlotte, posting a 76-45 record with two 20-win seasons and three postseason appearances, including the first NCAA Tournament berth in program history.

The Series
Miami and Charlotte have faced off just once before, with the 49ers winning 82-80 on March 24, 1990 in the National Women’s Invitational Tournament (now the WNIT) in Amarillo, Texas.

Meier has guided Miami to 53 victories in ACC play over the past five seasons, the second-most of any team in the conference. The 2010-11 AP National Coach of the Year  is in her 15th season as a head coach, spending the first four at Charlotte, and owns a career record of 263-179, including 187-134 at Miami.

The Opponent
The 49ers enter the game at 2-1 and including their exhibition contest have scored 80-plus points three times in four outings this season. Charlotte posted a 15-17 mark last year, including a 10-8 record in Conference USA play, and had its postseason streak—which dated back to Meier’s second year there—snapped at 12 years.

Last Time Out
Miami picked up a 77-50 victory at Loyola Chicago to move to 2-0 on the road for the fifth time in the last 34 seasons. Motley and Thomas both posted 17 points to lead all scorers and did so on a combined 15-of-28 shooting (53.6 percent) from the floor. Hof added a career-high 14 points and shot 6-of-6 from the field, while Davenport logged a career-best five blocked shots and a team-high nine rebounds. Miami had a 26-8 advantage in points off turnovers in the victory.

Up Next
The Hurricanes return home and will open a five-game homestand at the BankUnited Center Friday, Nov. 27 at 1 p.m. against UW-Milwaukee in the Miami Thanksgiving Classic.