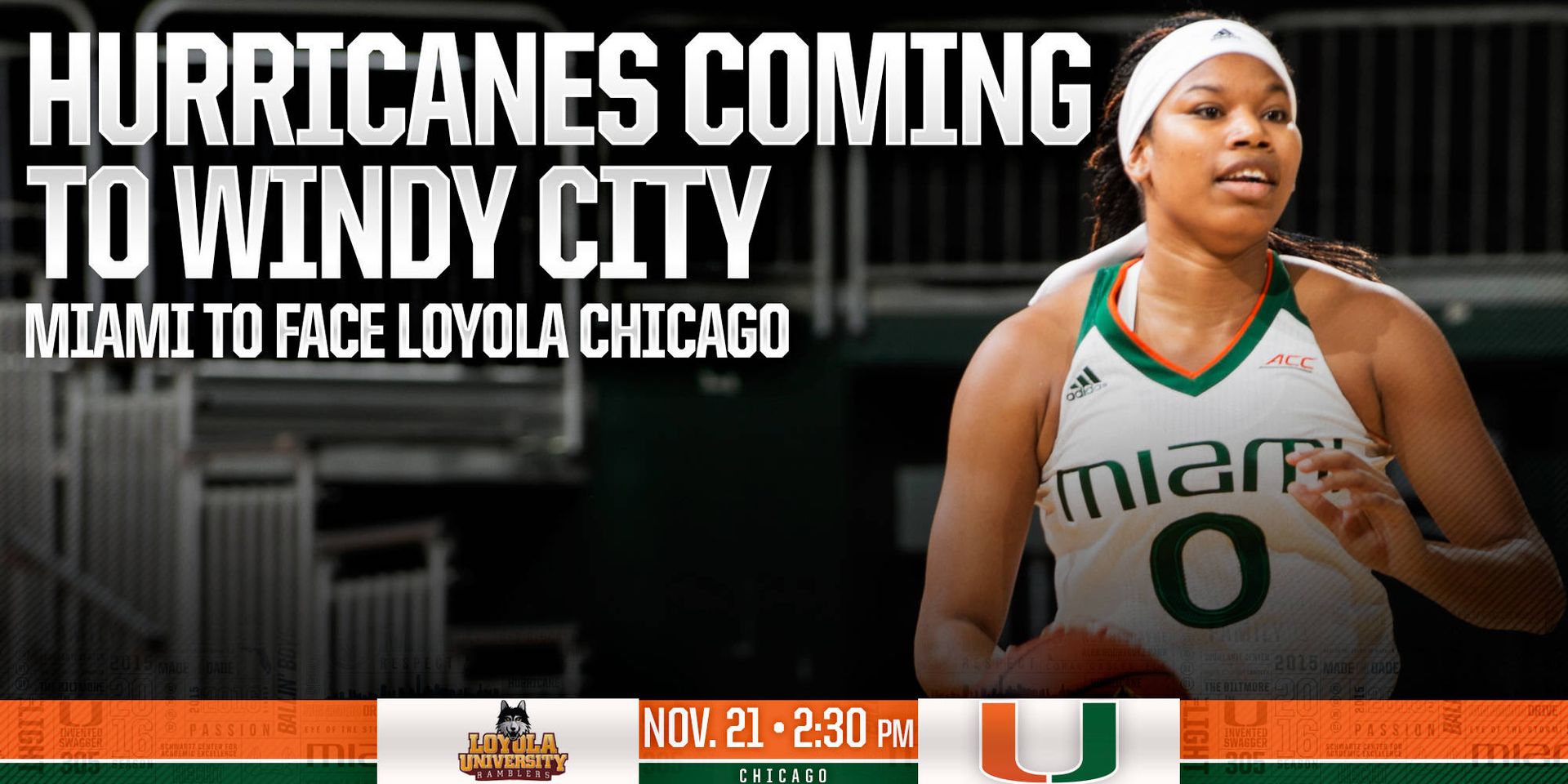 The Game
The Hurricanes, receiving votes in both the AP Poll and USA TODAY Coaches Poll, are set to take on Loyola Chicago Saturday at 2:30 p.m. at Gentile Arena in Chicago. The contest will be a homecoming for Miami head coach Katie Meier, who hails from nearby Wheaton, Ill.

The Series
Miami and Loyola Chicago have never faced each other before. The Ramblers are the second of four teams the Hurricanes will square off against this season that they have not previously played.

Meier has guided Miami to 53 victories in ACC play over the past five seasons, the second-most of any team in the conference. The 2010-11 AP National Coach of the Year  is in her 15th season as a head coach, spending the first four at Charlotte, and owns a career record of 262-179, including 186-134 at Miami.

The Opponent
The Ramblers have split their first two games of the season and have already faced another ACC team, falling 84-77 at Georgia Tech to open the season. Loyola Chicago, under the direction of three-time WNBA MVP Sheryl Swoopes as head coach, will be facing Miami in its home opener. The team went 6-25 last season, including 3-15 in Missouri Valley Conference play.

Last Time Out
Miami won 61-35 over Old Dominion in Norfolk, Va. in its first road game of the season. After building a 26-9 lead, the Lady Monarchs went on a 19-6 run to cut the deficit to four before the Hurricanes scored 20 unanswered points en route to the 26-point win. Motley, playing near her hometown of Newport News, Va., poured in 22 points on 10-of-17 shooting, while Davenport added 10 points and nine rebounds and Hof had eight of each. Miami had a 32-6 edge on points in the paint and led 20-2 in bench points.

Up Next
The Hurricanes will head from Chicago right to Charlotte, N.C. where they will take on Charlotte Monday at 7 p.m. at Dale F. Halton Arena.