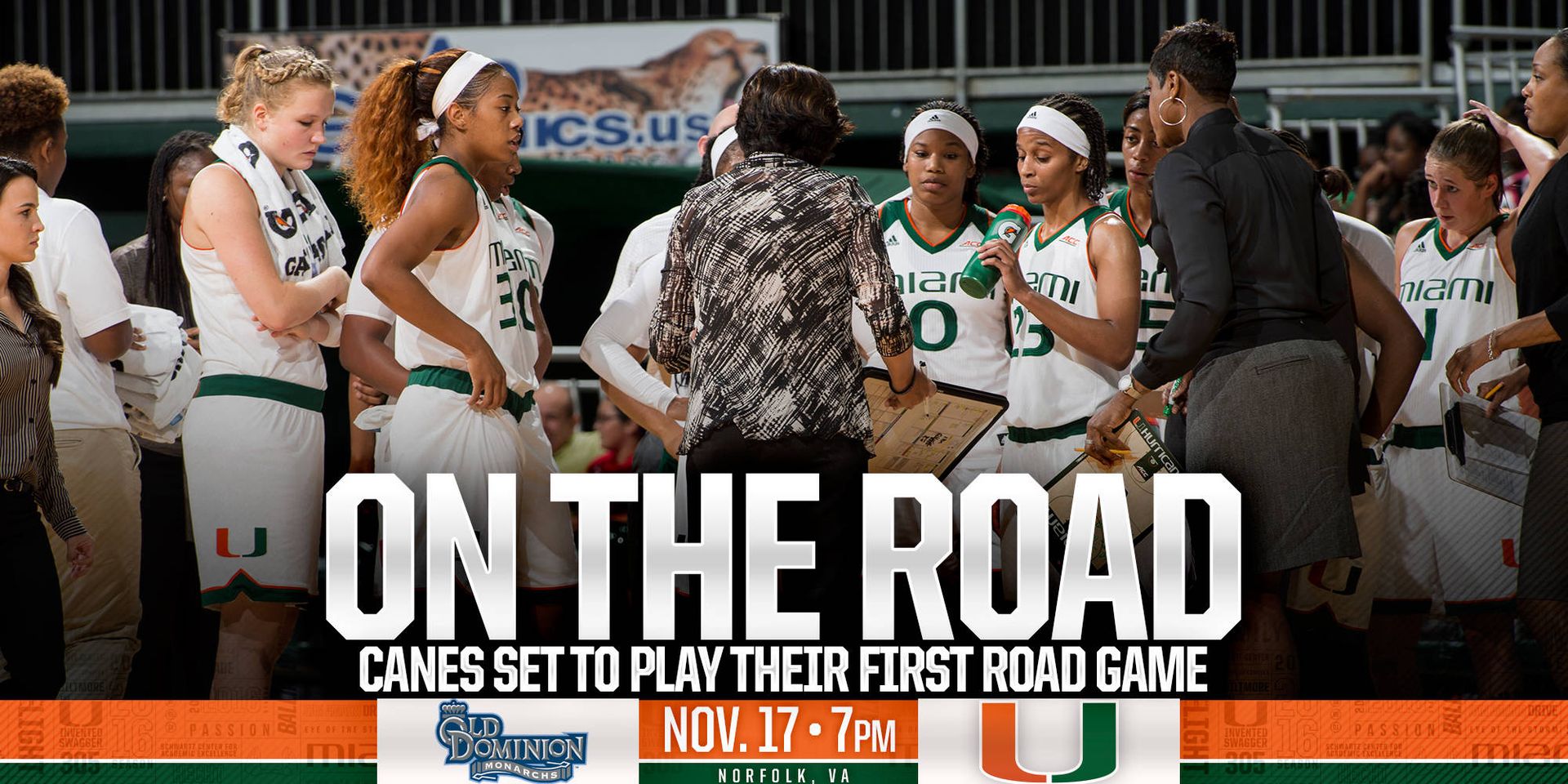 The Game
Miami, receiving votes in both the AP Poll and USA TODAY Coaches Poll, will begin its road slate Tuesday night in Norfolk, Va. against Old Dominion. The game is set for 7 p.m. at the Ted Constant Center.

The Series
Old Dominion has won all three meetings between the two teams, with each of the matchups coming between 1986 and 1996. The last contest was a 94-55 home victory for the Lady Monarchs Dec. 1, 1996.

Meier has guided Miami to 53 victories in ACC play over the past five seasons, the second-most of any team in the conference. The Wheaton, Ill. native is in her 15th season as a head coach, spending the first four at Charlotte, and owns a career record of 261-179, including 185-134 at Miami.

The Opponent
The Lady Monarchs are 1-1 in the early going of the 2015-16 season, falling 62-57 at Richmond and winning 71-57 over Wagner at home. Old Dominion posted a 21-13 record last season, including an 11-7 mark in Conference USA action, and advanced to the second round of the WNIT.

Last Time Out
The Hurricanes topped Bethune-Cookman 55-47 Sunday evening behind a game-high 17 points from Woods. The Naples, Fla. native hit four 3-pointers, including three in a row in the third period, during which Miami mounted a comeback to take a lead it would not give up. Hayes logged the ninth double-double of her career with 12 points and 11 rebounds. The Hurricanes had a 43-26 edge in rebounding in the game, including 21-6 on the offensive end.

Up Next
Miami will continue its three-game road trip with a contest at Loyola-Chicago Saturday, Nov. 21. The matchup is set for 2:30 p.m. at Gentile Arena.