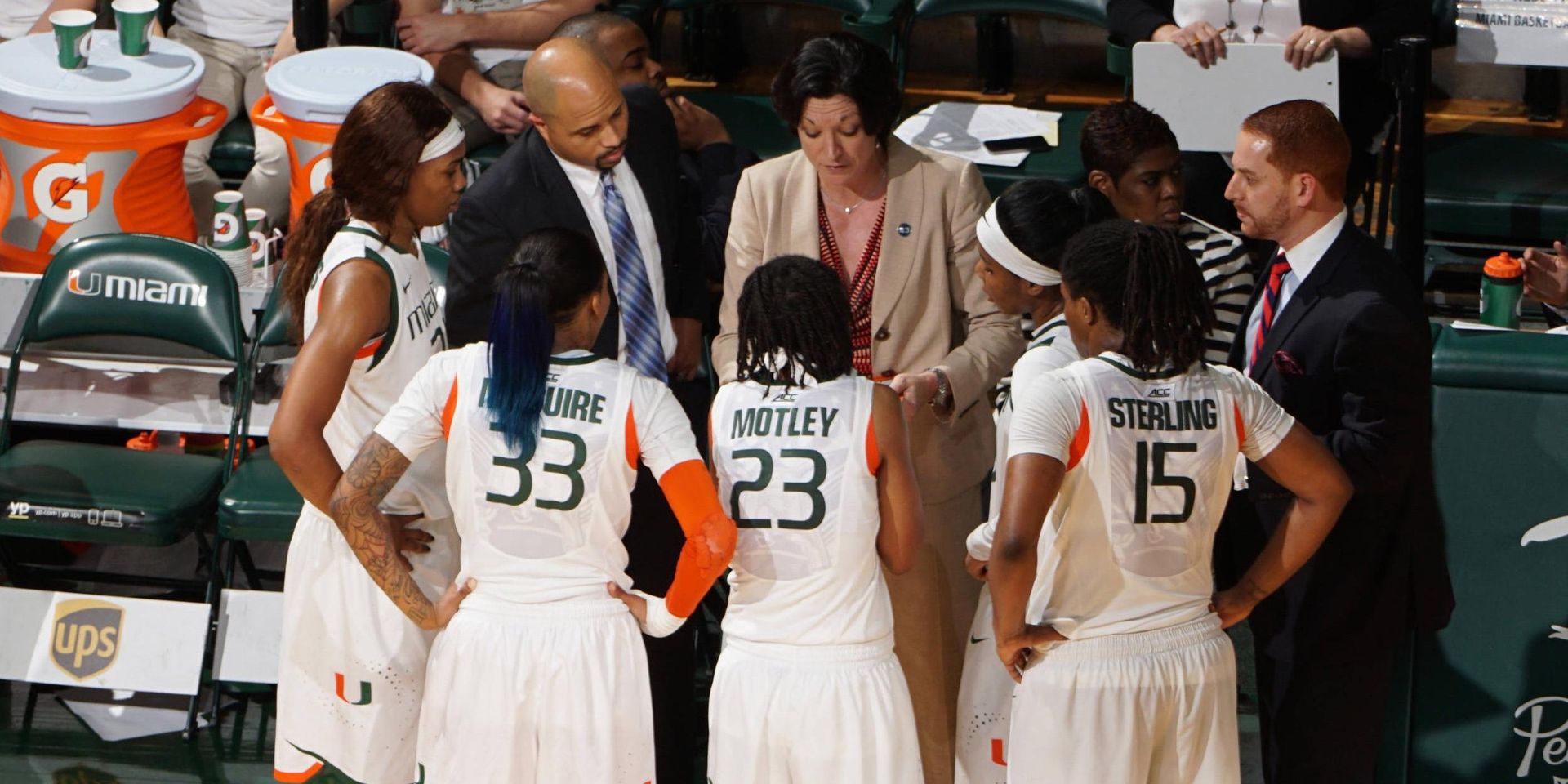 The Game
The Hurricanes are back in the NCAA Tournament for the fourth time in the last five years and received an 11-seed in the Oklahoma City Region. Miami will open play Friday at 12:00 p.m. ET (11:00 a.m. CT) against No. 6 seed Washington at Carver-Hawkeye Arena in Iowa City, Iowa.

The Broadcasts
The game will be televised live on ESPN2 and it can also be seen on ESPN3 at this link. Clay Matvick and Katie Smith will be on the call for the telecast.

A Blue Ribbon Panel and Coaches First Team All-ACC selection, Motley has scored double digits 27 times in 31 games this season and was named both the espnW National Player of the Week and ACC Player of the Week Jan. 12. The Newport News, Va. native is one of two players to start every game this season, along with redshirt senior forward Jassany Williams. Sophomore guard Jessica Thomas has started 30 games and scored a career-high 24 points in the final game of the ACC Tournament.

McGuire has started 25 games this season and is tied for fourth all-time in school history in games played, while senior forward Necole Sterling is a key part of Miami’s frontcourt and has started eight of the last 16 games.

Redshirt freshman guard Nigia Greene and redshirt junior guard Michelle Woods are back after missing the 2013-14 season due to injury and have combined to average 13.5 points, 5.4 rebounds and 2.0 steals per game.

Miami is giving up just 59.5 points per game, good for fourth in the ACC, and has allowed over 71 points just three times all season. The Hurricanes also rank fourth in the ACC with a +4.2 turnover margin.

The Coach
Katie Meier is in her tenth year at the helm in Coral Gables, Fla., and is continuing to build upon the team’s many recent successes. The Hurricanes have made six consecutive postseason appearances, four in the NCAA Tournament and two in the WNIT, and have also had over 20 wins in four of the past five seasons. Meier holds a career record of 258-178, including 182-133 at Miami.

Last Time Out
Miami fell 77-61 to second-ranked and top-seeded Notre Dame in the quarterfinals of the ACC Tournament March 6. Two different Hurricanes set career highs in points, as Thomas poured in a game-high 24 and Williams added 16. Miami cut the deficit down to five in the second half and even held the Fighting Irish without a point for over five minutes at one time, but the Notre Dame held strong for the win. The Fighting Irish went on to win the ACC Tournament and are now 56-1 in conference play and conference tournament games over the last three years, with the only blemish a 15-point loss at Miami Jan. 8, 2015.

Up Next
If the Hurricanes beat Washington, they will play either No. 3 seed Iowa or No. 14 seed American Sunday in the second round of the NCAA Tournament in Iowa City. The time and broadcast information remain to be determined.