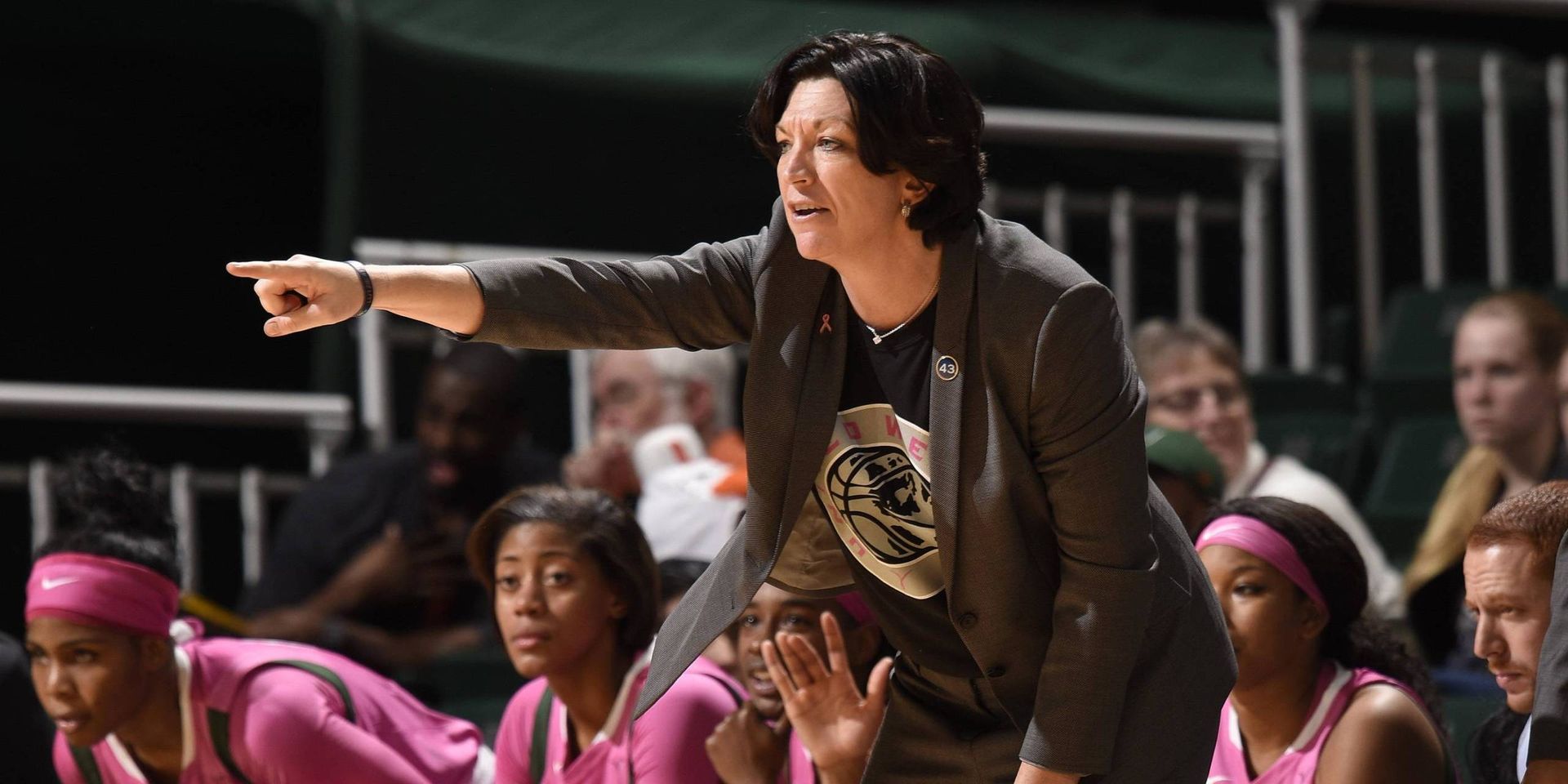 The Game
Miami, receiving votes in both the USA Today Coaches Poll and the AP Poll, will host No. 17/14 North Carolina Sunday, Feb. 22 at the BankUnited Center, with the game scheduled for 3:00 p.m.

The Series
North Carolina has a 12-6 edge in the all-time series against the Hurricanes, but Miami has won two of the past three meetings. Last season, on Feb. 2, 2014, the Hurricanes went into Chapel Hill, N.C. and took down the sixth-ranked Tar Heels, 83-80.

The Broadcasts
The game will be televised live on regional networks, with SUN Sports carrying the contest in South Florida. It can also be seen on ESPN3 at this link (subject to blackout). Jenn Hildreth and Chelsea Shine will be on the call for the broadcast.

A native of Newport News, Va., Motley has scored at least 14 points 21 times in 26 games this season and was named both the espnW National Player of the Week and ACC Player of the Week Jan. 12. Motley is one of three players to start every game this season, along with redshirt senior forward Jassany Williams and sophomore guard Jessica Thomas. Senior forward Necole Sterling is a key part of Miami’s frontcourt and has started seven of the past 11 games.

Redshirt freshman guard Nigia Greene and redshirt junior guard Michelle Woods are back after missing the 2013-14 season due to injury and have combined to average 13.8 points, 5.4 rebounds and 2.2 steals per game thus far.

The Hurricanes, No. 47 in the RPI, are allowing just 58.4 points per game and have allowed over 71 points just twice all season. Miami ranks fourth in the ACC with a +4.8 turnover margin, good for the No. 30 mark in the NCAA.

The Coach
Katie Meier is in her tenth year at the helm in Coral Gables, Fla., and is continuing to build upon the team’s many recent successes. The Hurricanes have made five consecutive postseason appearances, three in the NCAA Tournament and two in the WNIT, and have also had over 20 wins in four of the past five seasons. Meier holds a career record of 257-174, including 181-129 at Miami.

Meier picked up her 250th career victory in Miami’s win over Boston College Jan. 4 and she got the 100th conference victory of her career in the Hurricanes’ win at Virginia Tech Jan. 11. She has guided the Hurricanes to a 53-24 record (.688) in ACC play since the start of the 2010-11 season, the second best mark of the 11 current ACC schools in the conference since then.

Last Time Out
The Hurricanes lost a tough one at NC State Thursday, Feb. 19, falling 68-65 at Reynolds Coliseum. Miami led 42-24 at halftime, but the Wolfpack mounted a late rally and took its first lead of the second half on a deep, contested three-pointer with 2.6 second left in the game. Adrienne Motley was outstanding for the Hurricanes, scoring 27 points on 11-of-16 (68.8 percent) shooting and tying her career highs in rebounds (eight), minutes played (37) and three-pointers made (three). Michelle Woods also had a stellar game for Miami, matching her career bests in points (20) and field goals made (seven), while playing a career-high 34 minutes and equaling her season best with four made three-pointers.

Up Next
Miami will travel to Winston Salem, N.C. for its final regular season road game Thursday, Feb. 26. The Hurricanes will square off against Wake Forest at 7:00 p.m. at the Lawrence Joel Veterans Memorial Coliseum and WVUM will have the call of the action.

Promotions
As is the case for all games this season, youth 12-and-under will receive free admission. There will be an H100 Happy Hour for all season ticket holders beginning at 1:30 p.m. with a pregame Chalk Talk from a Miami coach at 1:45 p.m.

Sunday will be Sebastian the Ibis’ Birthday Party and fans are encouraged to arrive early celebrate with him and his mascot friends. Festivities begin at 2:15 p.m. with face painting and birthday card making for kids. Fans will be greeted at the BankUnited Center by several Miami-area mascots including TD the Dolphin, Billy the Marlin, and Stanley the Panther. At halftime there will be a mascot game of musical chairs as well as a happy birthday serenade for Sebastian.

The first 100 students in attendance will receive a Sebastian “Let’s Party” tank top and all students who come will be given a voucher for early attendance to the men’s basketball game against North Carolina Feb. 28. One lucky student in will win a PlayStation 4 from the Category 5 Programming Board.

Additionally, all Girl Scouts at the BUC will be invited to participate in a clinic after the conclusion of the game.