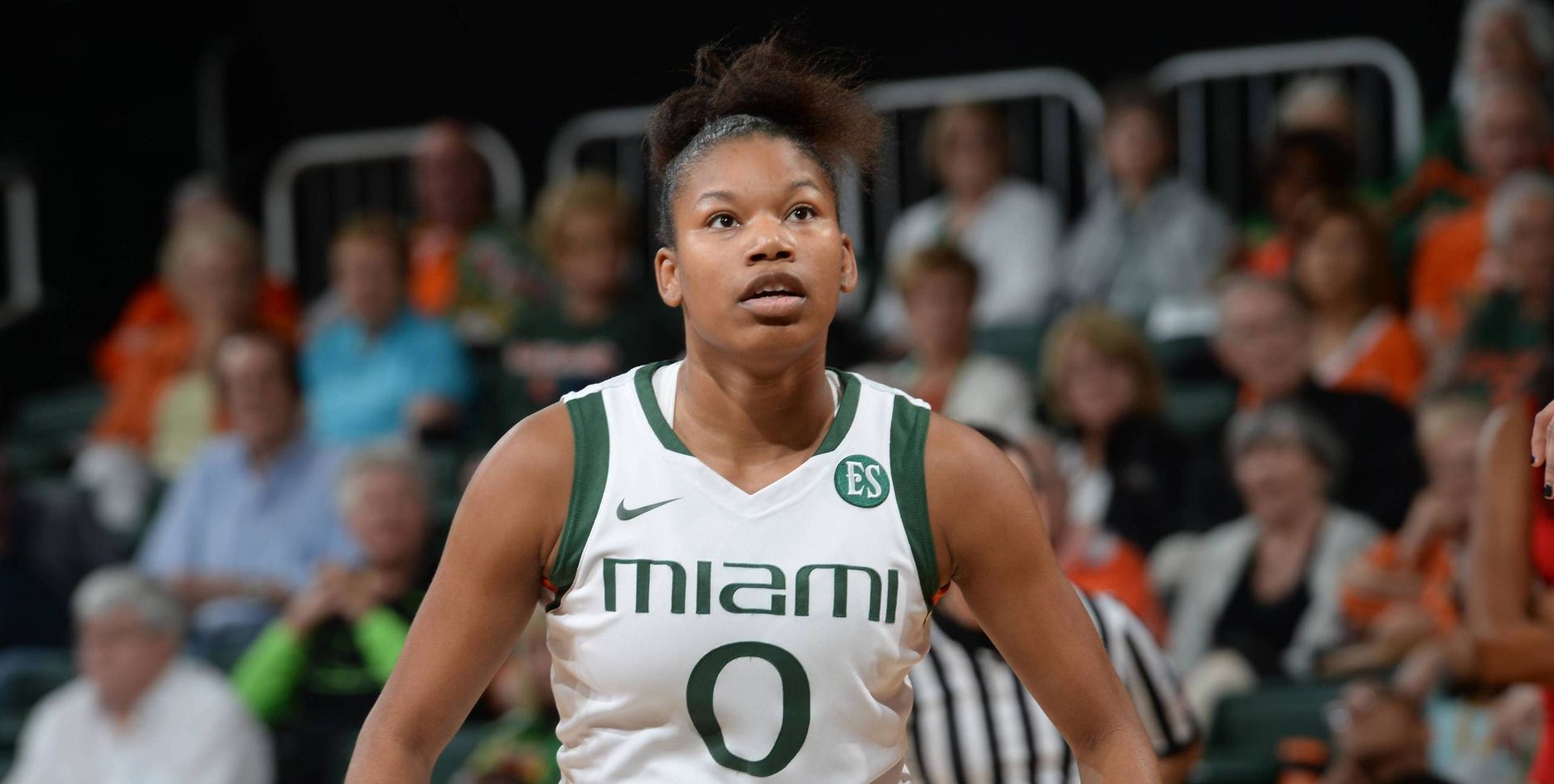 The Game
After playing on the road each of the past five Sundays, the Hurricanes will host a weekend contest when they welcome Georgia Tech to the BankUnited Center Sunday, Feb. 15. The game is scheduled for 3:00 p.m. and will be Miami’s Play 4Kay game.

The Series
Miami trails 13-11 in the all-time series against the Yellow Jackets, but has won four of the last six matchups. In the most recent contest, which came last season, Georgia Tech won on the road, 89-87, Feb. 9, 2014.

The Broadcasts
The contest will be televised live on regional networks, with SUN Sports carrying the game in South Florida. The game can also be seen on ESPN3 at this link (subject to blackout). Mike Hogewood and Chelsea Shine will be on the call for the broadcast.

A native of Newport News, Va., Motley has scored at least 14 points 19 times this season and was named both the espnW National Player of the Week and ACC Player of the Week Jan. 12. Motley is one of three players to start every game this season, along with redshirt senior forward Jassany Williams and sophomore guard Jessica Thomas. Senior forward Necole Sterling is a key part of Miami’s frontcourt and has started seven of the past nine games.

Redshirt freshman guard Nigia Greene and redshirt junior guard Michelle Woods are back after missing the 2013-14 season due to injury and have combined to average 13.1 points, 5.3 rebounds and 2.1 steals per game thus far.

Miami is allowing just 58.0 points per game and has allowed over 71 points just twice all season. The Hurricanes are third in the ACC with a +5.0 turnover margin, good for No. 28 in the NCAA.

The Coach
Katie Meier is in her tenth year at the helm in Coral Gables, Fla., and is continuing to build upon the team’s many recent successes. The Hurricanes have made five consecutive postseason appearances, three in the NCAA Tournament and two in the WNIT, and have also had over 20 wins in four of the past five seasons. Meier holds a career record of 256-173, including 180-128 at Miami.

Meier picked up her 250th career victory in Miami’s win over Boston College Jan. 4 and she got the 100th conference victory of her career in the Hurricanes’ win at Virginia Tech Jan. 11. She has guided the Hurricanes to a 52-23 record (.693) in ACC play since the start of the 2010-11 season, the second best mark of the 11 current ACC schools in the conference since then.

Last Time Out
Playing their second consecutive game against a ranked team on the road, the Hurricanes knocked off No. 23/22 Syracuse, 85-71, at the Carrier Dome Thursday, Feb. 12. Miami scored 50 points in the second half, its second most in a half all season, and set season highs in free throws made (24) and attempted (31). Suriya McGuire paced the Hurricanes with 17 points, while Michelle Woods recorded 15 points and shot 13-of-15 at the line, both career highs. Woods also led the team with six rebounds. Adrienne Motley added 14 points for Miami and all 10 healthy Hurricanes scored in the win, which was their second double-digit victory over a ranked team in ACC play.

Up Next
Miami will be back on the road Thursday, Feb. 19 when they take on NC State at 7:00 p.m. from the Wolfpack’s Reynolds Coliseum in Raleigh, N.C.

Promotions
As is the case for all games this season, youth 12-and-under will receive free admission. In addition, there will be an H100 Happy Hour for all season ticket holders beginning at 1:30 p.m. with a pregame Chalk Talk from a Miami coach at 1:45 p.m.

Additionally, there will be a free Sunsations Dance Clinic before the game for kids 12-and-under. More information and a signup form can be found at here.