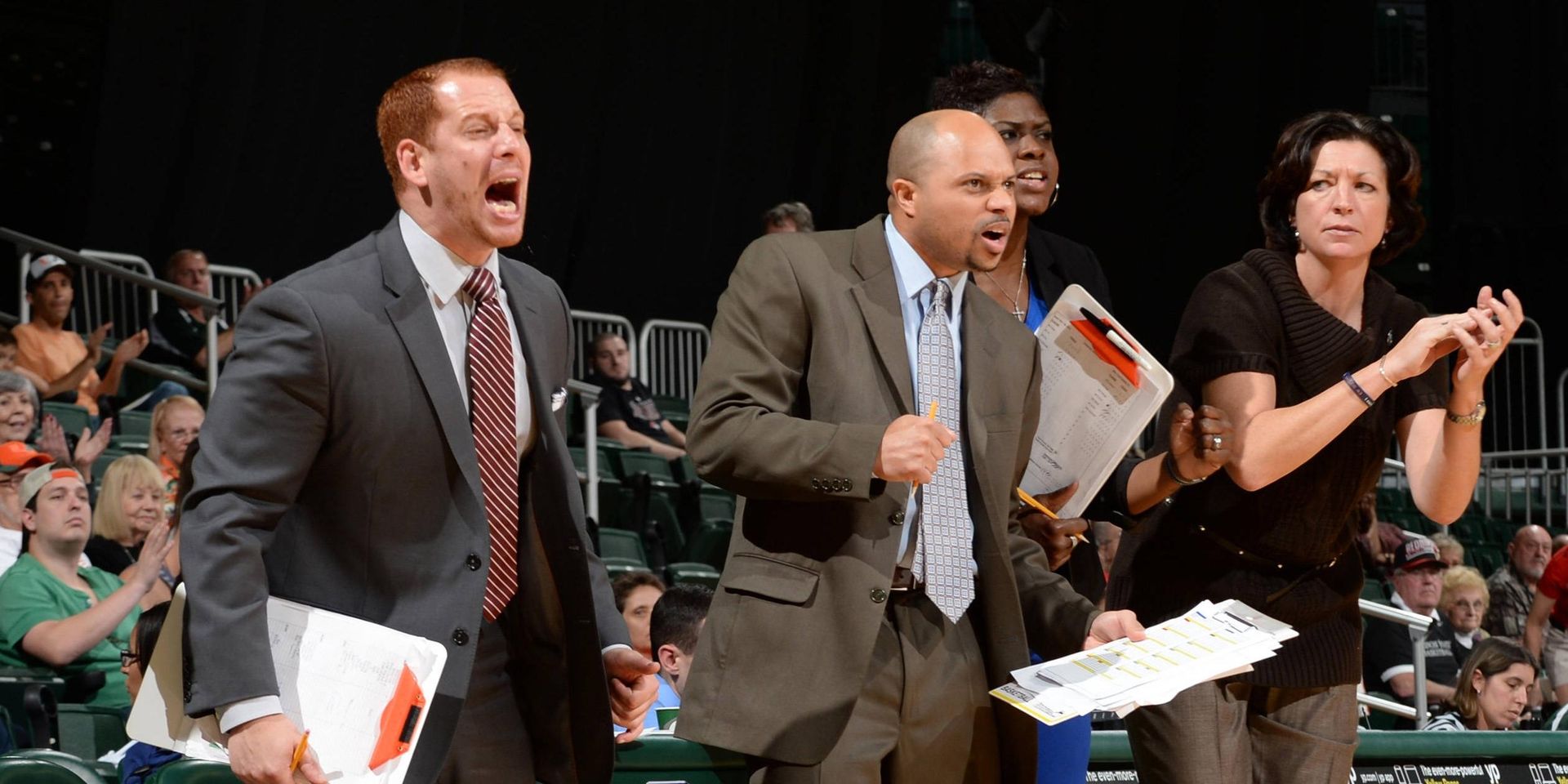 The Game
The Hurricanes will host the Wisconsin Badgers Thursday, Dec. 4 at 7:00 p.m. at the BankUnited Center in the ACC/Big Ten Challenge.

The Team
Head coach Katie Meier’s team features eight returnees, including starters Keyona Hayes, Suriya McGuire and Adrienne Motley. A sophomore guard from Newport News, Va., Motley has scored at least 16 points, made at least six field and shot over 46 percent from the floor in all five of Miami’s home games.

Redshirt freshman Nigia Greene and redshirt junior Michelle Woods are also back after missing the 2013-14 season due to injury and have combined to average 13.7 points and 6.0 rebounds per game so far.

The Coach
Katie Meier is in her tenth year at the helm in Coral Gables, Fla., and is looking to build upon the team’s many recent successes. The Hurricanes have made five consecutive postseason appearances, three in the NCAA Tournament and two in the WNIT, and have also had over 20 wins in four of the past five seasons. Meier holds a career record of 243-168, including a record of 167-123 at Miami. Meier is seven wins away from 250 career victories.

Last Time Out
The Hurricanes beat Tulsa (3-3) on Saturday, Nov. 29 in the championship game of the Miami Thanksgiving Tournament at the BankUnited Center. Adrienne Motley led Miami with 17 points in the 69-57 victory and was named the tournament MVP. Redshirt senior forward Jassany Williams had the second double-double of her career and posted season-highs with 12 points and 12 rebounds. She was named to the all-tournament team. Senior guard Suriya McGuire, senior forward Necole Sterling and sophomore guard Jessica Thomas all had 10 points in the win.

Up Next
Miami will welcome Jacksonville (1-4) to the BankUnited Center Saturday, Dec. 6. The game is scheduled for 4:00 p.m. and is part of a doubleheader, as the Miami men’s basketball team plays Green Bay at 2:00 p.m.

Promotion
It is Attend and Win Night at the BUC when Miami hosts Wisconsin. All fans in attendance will have the chance to take home a pair of Beats By Dre headphones. To purchase tickets to the game, stop by the Hurricanes Ticket Office or visit CanesTix.com.