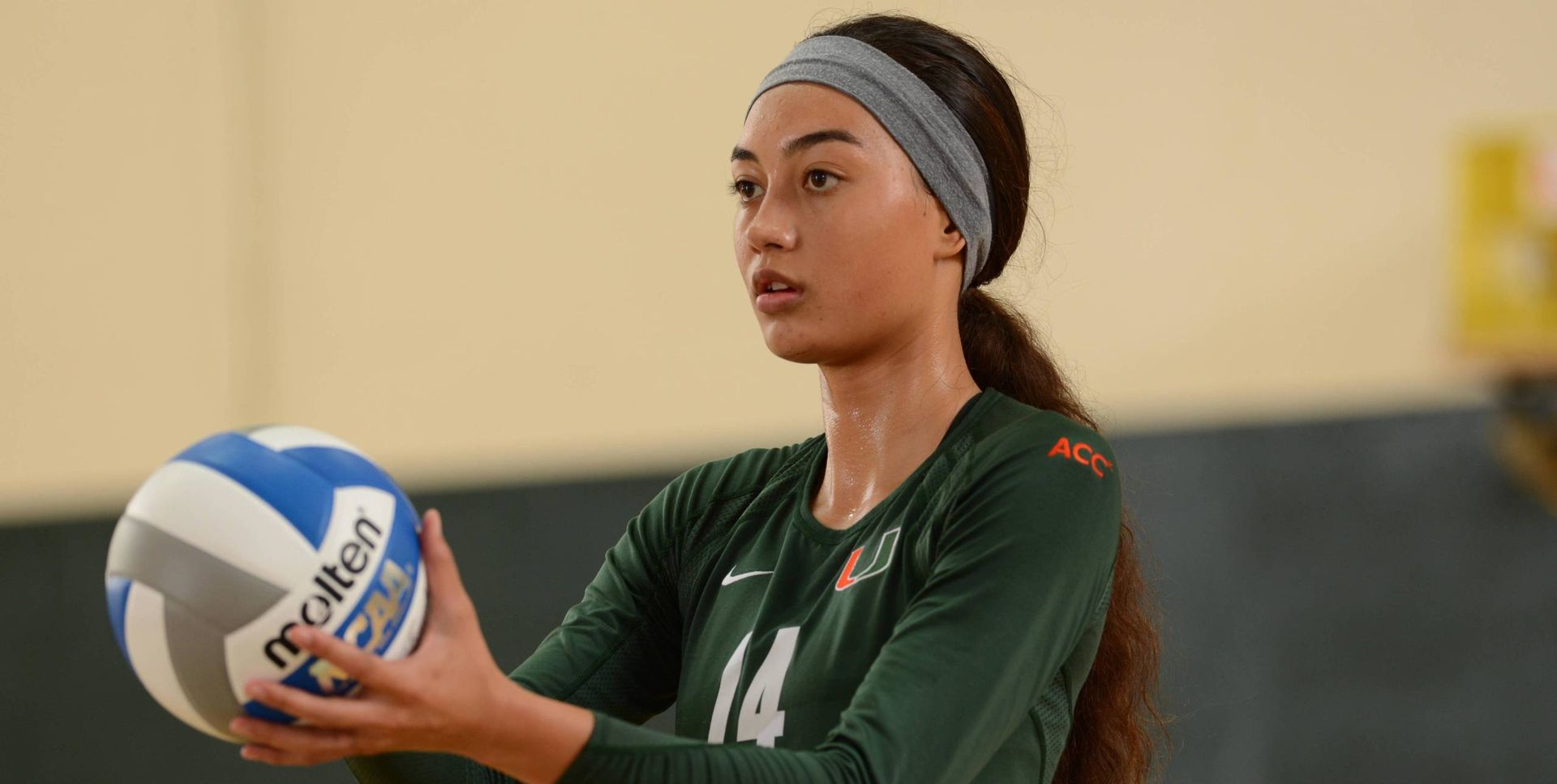 CORAL GABLES, Fla. – The University of Miami volleyball team battled, but fell to No. 13 Duke in three sets.

“We’re playing a good team,” Miami head coach Jose “Keno” Gandara said. “They don’t give you many chances. We weren’t doing what we wanted to do and we finally started to do it. I felt like our game plan was good and our execution wasn’t. But when we did execute, we scored points.”

Miami battled back from an eight-point deficit in the first set, cutting the Duke lead to one. The Canes used their momentum to bring the first set to a 16-15 score, but the Blue Devils pulled away late in the set to take a 1-0 lead.

Emani Sims opened the third set with a kill, but Duke followed that with a 12-4 run to take a seven-point lead. Miami would fight back and cut the Duke lead to five, 12-7, but the Blue Devil scored 13 of the 19 points to finish off their three-set victory.

“Defensively, I thought some players upgraded and played based on the game plan,” Gandara said. “I thought our composure was a little better. It’s just we’re facing a good team and they don’t give you much opportunity to be mediocre. You have to be good. [Duke] did a good job tonight.”

The Canes attack was led by sophomore Misty Ma’a, who tallied nine kills and five digs on the night. Juniors Savanah Leaf (8 kills), Sims (7) and Alexis Mourning (7) were also active in Miami’s offense. Sims, who also led Miami with four blocks, was the Hurricanes’ most efficient hitter, registering a .417 attack percentage.

Fuentez distributed the ball to Miami’s hitters, tallying 29 assists and eight digs. She was also one of four Hurricanes to record a service ace, joining Leaf, Mourning and senior Alex Johnson.

Sophomore Eryn Croft recorded her first assist of the season. Croft, who entered the game as a substitute in each of the three sets, served Miami to a four-point run in the first set.

The Canes are back in action Sunday at 1 p.m. when they host Wake Forest to close out the weekend. Next week, Miami will host its final two home matches of the season. The Hurricanes will welcome Georgia Tech on Wed., Nov. 27 at 7 p.m. Two days later, Miami will honor seniors Johnson, Shaffer and Julia Giampaolo prior to the 7 p.m. match against Clemson.