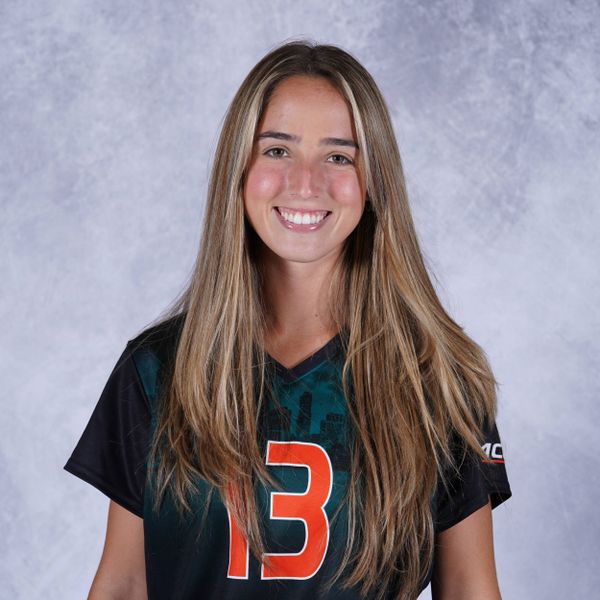 2020 (Freshman): Appeared in 12 contests as a freshman, earning five starts … Logged 556 minutes at the forward position … Tied for second on the team with three points, collecting a goal and an assist on the year … Registered five shots and two shots on goal … Earned 15 minutes in her first collegiate match, in the opener against Clemson (9/12) … Registered her first start against Notre Dame (9/20) … Tallied a goal at Virginia Tech (10/15), while notching a season-high two shots … Added to her point tally with an assist in the Hurricanes’ shutout victory over FIU (3/14).

Bio: She was a starter as both a freshman and a sophomore and helped the Cougars secure their first ever state championship … At the club level, Molina competed for Weston FC DA.