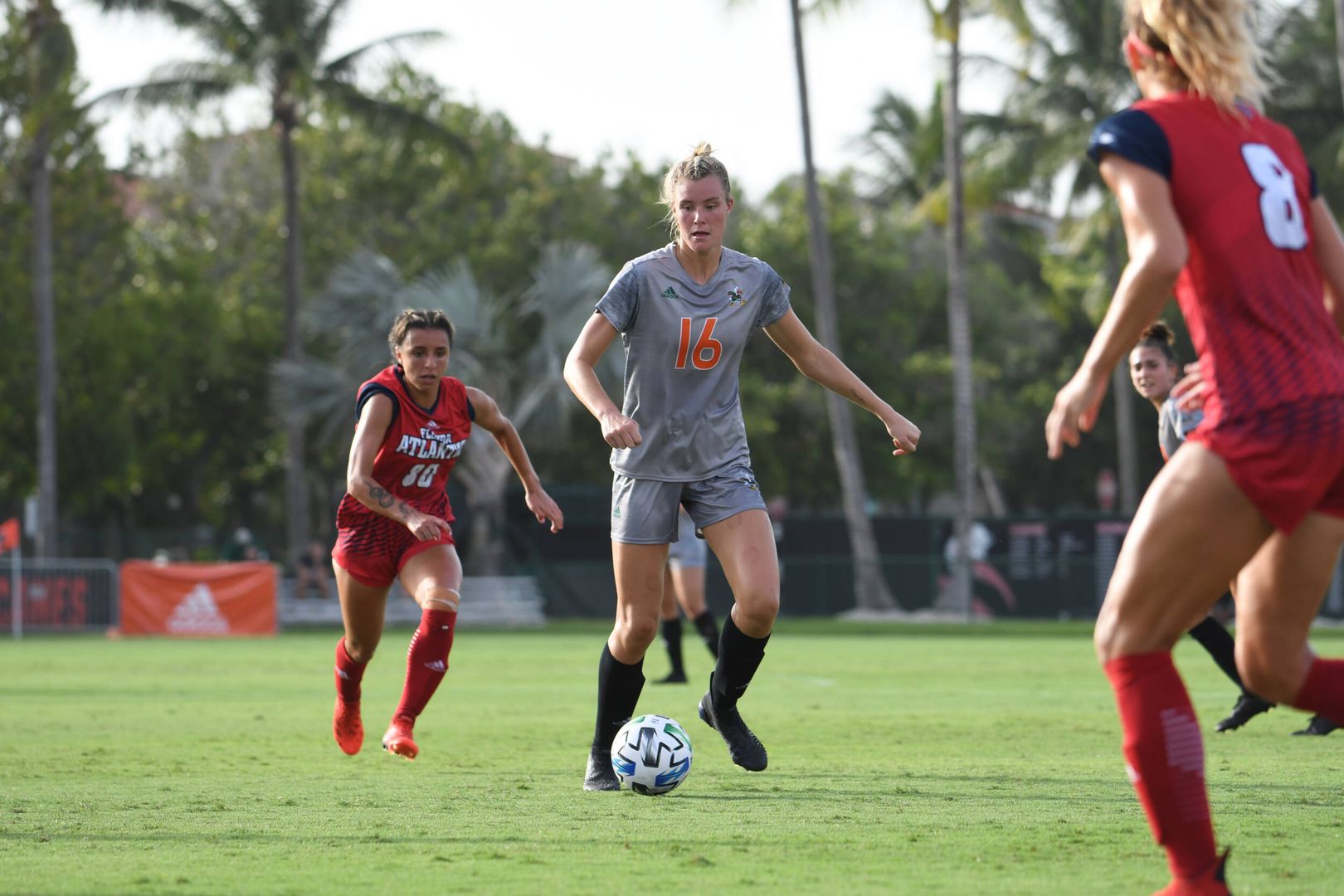 That singular word has become a driving force for the University of Miami soccer team.

“Relentless means you’re willing to do anything you can,” redshirt sophomore Jackie Koerwitz said. “You have to be willing to sacrifice your body, go up for a header and do whatever it takes to get the job done.”

Last season, an inexperienced Miami team went through its fair share of growing pains. The Hurricanes won only one non-conference contest and registered just three goals in ACC play.

With a new mindset, the Canes shutout the Florida Atlantic Owls, 1-0, in their season opener.

Off of a free kick, sophomore Gabriela Rusek looped a back-post cross inside the six-yard box over FAU’s goalkeeper. Forward Kat Molina darted down the far side and outhustled three Owls. Molina pounced on the open chance and volleyed it home with her left foot.

“The main thing that coach always talks about is to be the first to every ball in both boxes,” said Molina, who tallied her second career goal. “I want to make sure we leave it all out on the field and that I have nothing left in the tank at the end of the game.”

This re-tooled focus began following UM’s last exhibition game against Barry. It has become an everyday buzz word that the Hurricanes discuss on and off the pitch.

“Last year, we struggled to fight through adversity and shut down. This year, we’ve pushed harder and never back down,” Rusek said.

“Relentless means giving it your all, stepping on the field and giving 110 percent,” defender Delaney Brown said. “No matter how long you’re on the field, whether you’re on for five minutes or 90, you go and don’t back down from anything.”

On Thursday, the Hurricanes have an opportunity to apply this revamped mentality once again, as they are set to host on the Lipscomb Bisons at 7 p.m.

“Being relentless in both boxes is really what’s going to win us games,” Koerwitz said. “On defense, if you can mark up and get the ball out of the box. If we can be relentless and beat players to the ball in our attacking box, we’re going to score goals.”