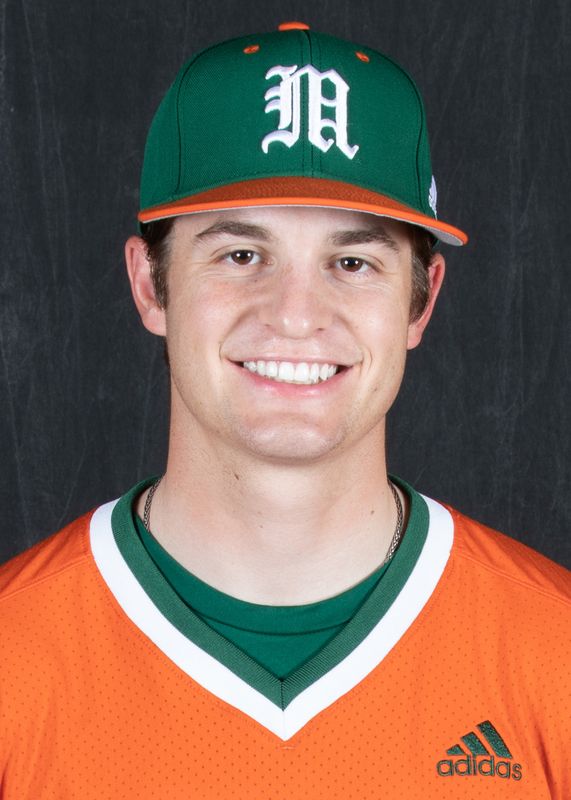 *Redshirt Sophomore (2021): Appeared in 13 games and made three starts for the Hurricanes, playing both the infield and outfield…Had three hits and two RBI over 19 at-bats…Made Hurricanes debut as a pinch hitter at No. 1 Florida (Feb. 20)…Made first start as a Cane and recorded first hit and RBIs at Miami in win over Virginia Tech (Feb. 27)…Had a hit off the bench at FAU (Mar. 9)…Saw action in all three games vs. Florida State (Mar. 19-21), including making his first start in the outfield in the series finale…Had a hit and a run scored at FIU (Mar 31)…Started in the outfield and scored a run vs. Duke (Apr. 3)…Had a pinch hit appearance vs. App State (May 8).

Redshirt Freshman (2019 – FDU): All-NEC Second Team Outfielder…Posted a .363 batting average overall and a .404 average in NEC contests…Led the Knights with 65 hits, 15 doubles and eight stolen bases to go along with three home runs and 27 RBI…His 65 hits are tied for eighth-most in a season by a Knight…15 doubles were second-most in the league, while his batting average ranked fourth…Two-time NEC Rookie of the Week.

True Freshman (2018- FDU): Earned NEC Co-Rookie of the Week honors (3/19) after accounting for four multi-hit performances in five appearances over the week…Hit safely in all five of Fairleigh Dickinson’s games, the freshman batted .550 (11-for-20) with four extra-base hits, two walks, four RBI and five runs scored…Missed most of the season with broken hand.