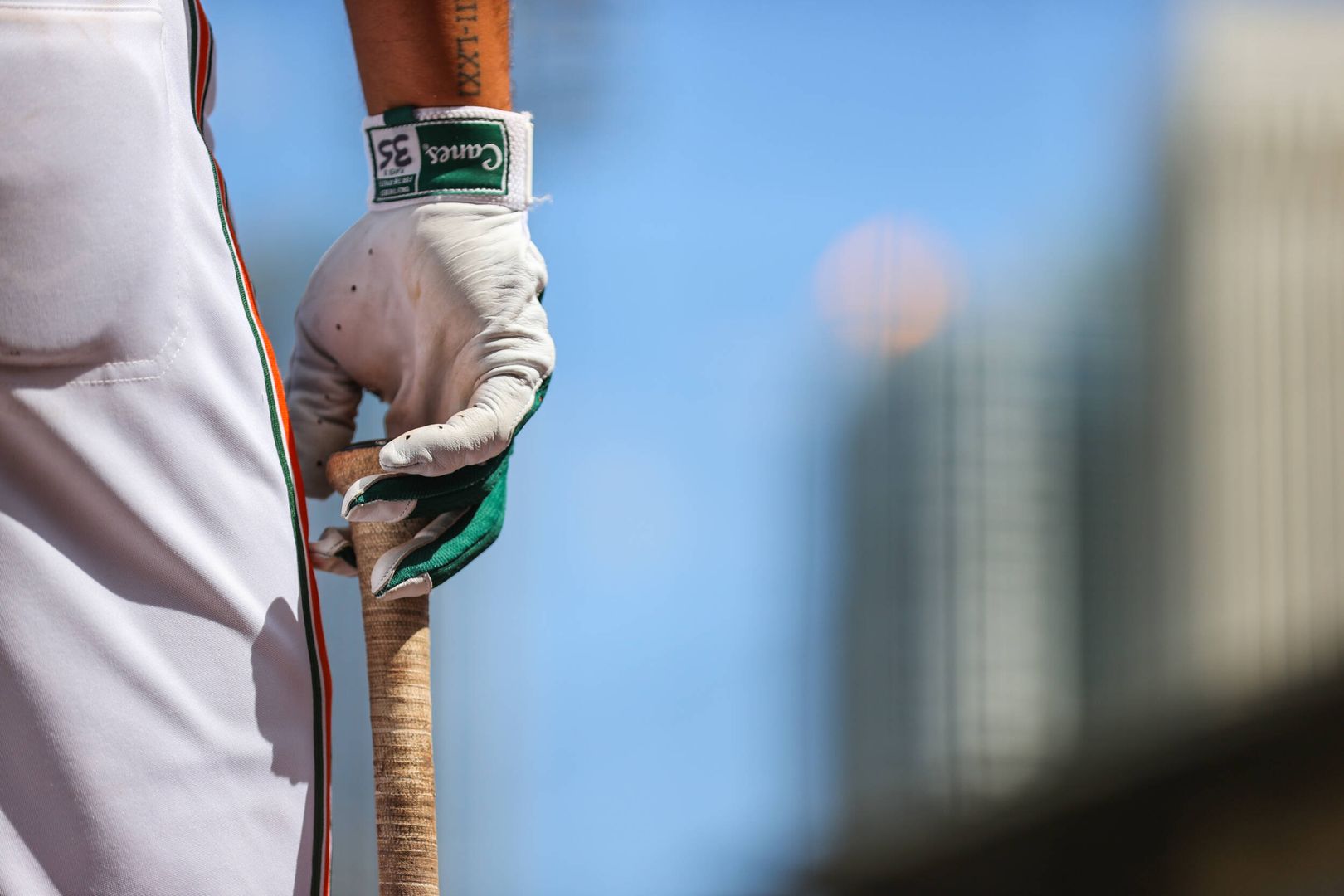 Hurricanes Debut at No. 8 in Baseball America Top 25

The Miami Hurricanes were listed at No. 8 in Baseball America’s preseason poll, the publication announced Monday morning.

Earlier in the offseason, the Hurricanes were tabbed eighth by Collegiate Baseball, ninth by Perfect Game and 22nd by D1Baseball.

Miami will start its season ranked in the top 10 for the third time in the last four years.

The Hurricanes are one of seven programs from the ACC in Baseball America’s initial top 25, joining No. 5 Louisville, No. 9 Wake Forest, No. 13 Virginia Tech, No. 17 North Carolina, No. 19 Virginia and No. 25 NC State. 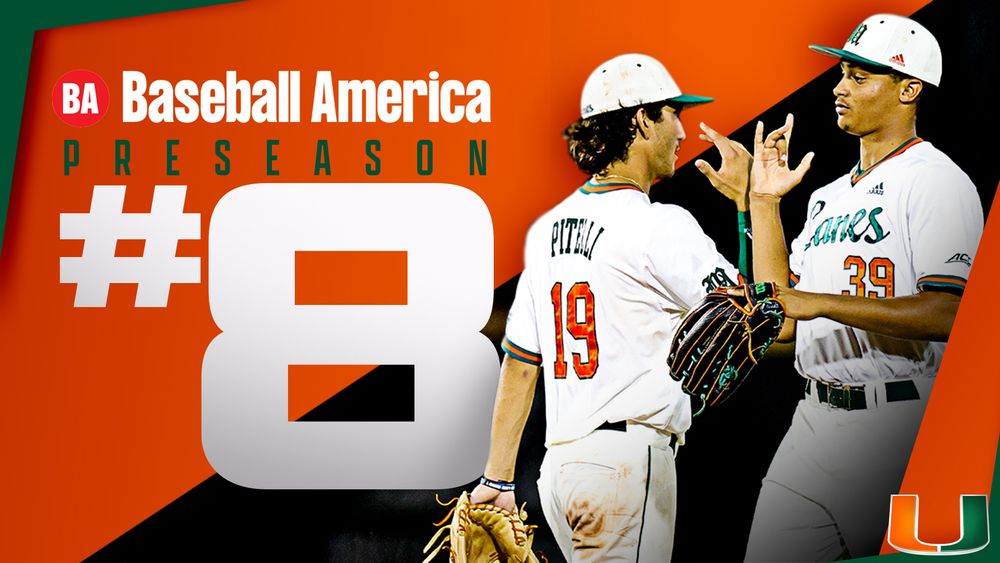 Miami is set to begin its fifth campaign under head coach Gino DiMare on Feb. 17 against Penn State, following a 2022 season that saw the Hurricanes finish 40-20.

DiMare guided Miami to its first national seed in six years and an ACC-best 20 conference wins. The Hurricanes climbed as high as No. 2 in the rankings after mounting a 14-game winning streak, their longest since 2014.

The Hurricanes add 15 newcomers — eight freshmen and seven transfers — to their 20 returning letter winners from a year ago.