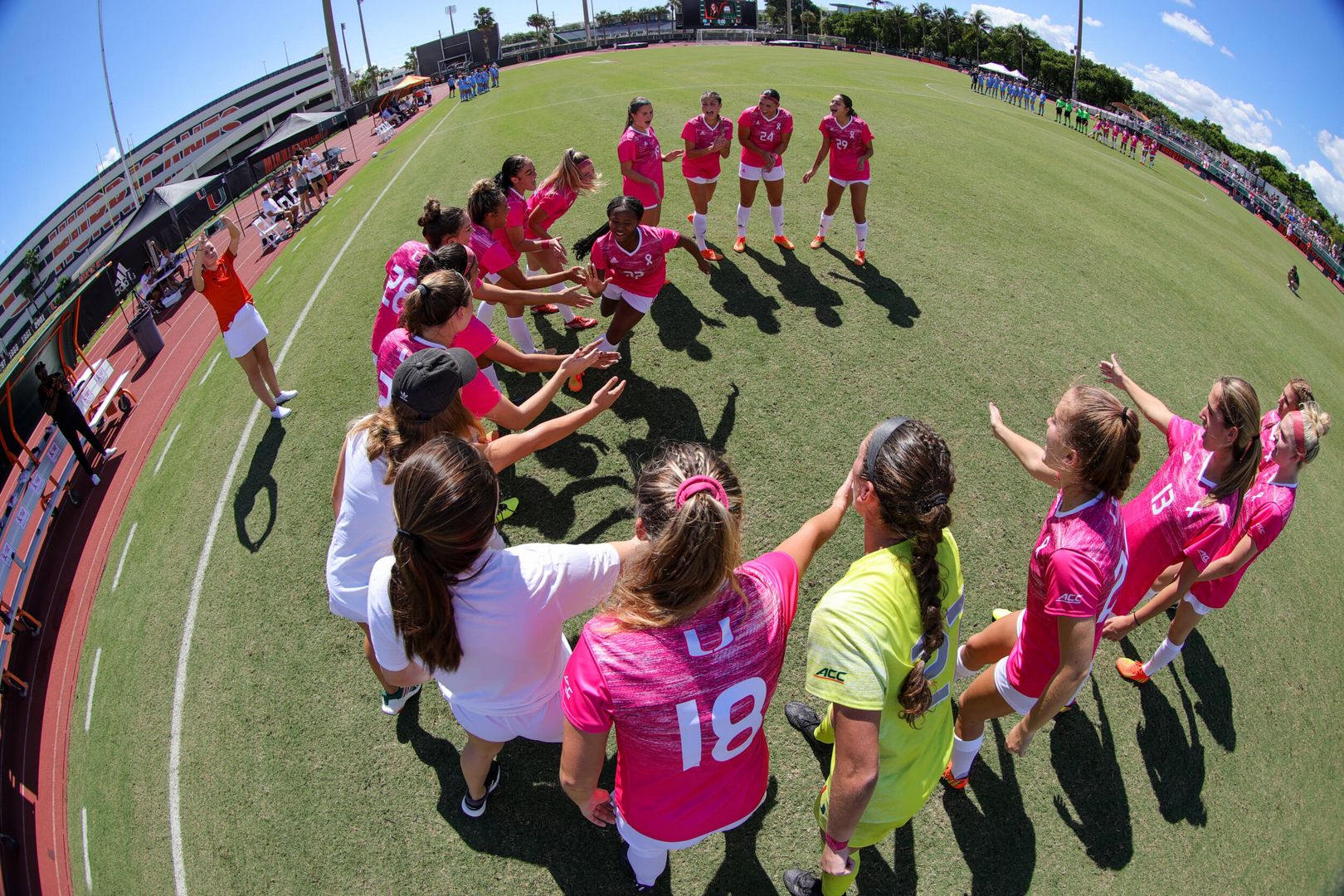 The Hurricanes conclude their regular season slate as Miami welcomes eighth-ranked Virginia to Cobb Stadium Thursday. Kickoff is set for 6 p.m. and will air on ACC Network Extra.

The quintet has combined to play in 277 career matches, including 211 starts, totaling 37 goals and 28 assists along the way.

Throughout their time in the orange and green, the senior class has helped the Hurricanes top then-No. 15 Clemson, 3-2, in double overtime, secure the first victory over rival Florida in a decade and pick up the first win at Boston College in program history. 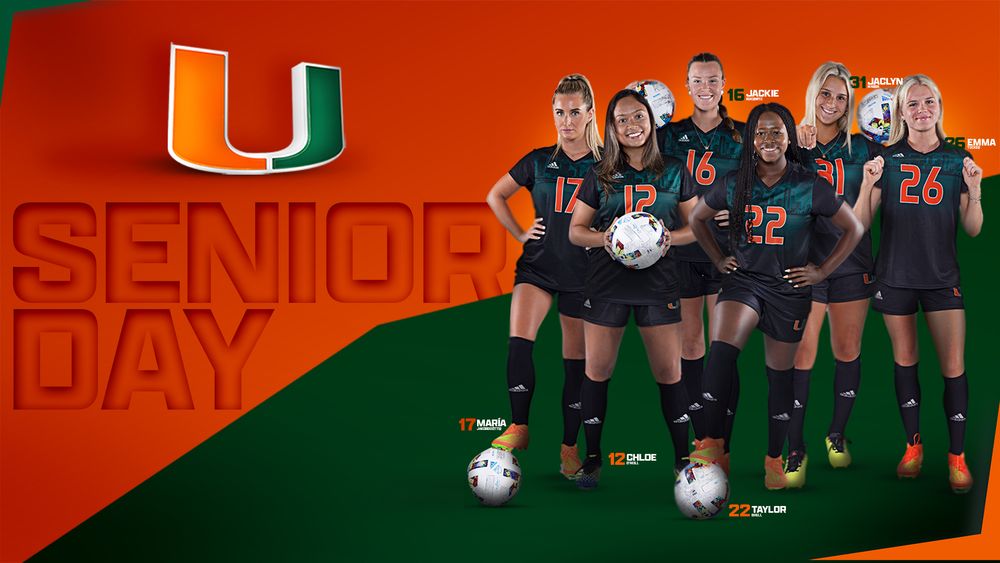 With a 1-0 win over Boston College, Miami secured its fifth home victory and fifth clean sheet of 2022, the most by the Canes in six years.

Prior to the Hurricanes’ offensive barrage at NC State, Miami last found the back of the net three times in the first 20 minutes of a match versus Morehead State on Aug. 24, 2012.

Melissa Dagenais started her senior campaign without conceding a goal across the first 419 minutes. Dagenais paces the ACC in saves per game (4.8) and ranks second in total saves (72). The 6-foot-1 netminder made a season-best 11 saves against Mississippi State on Aug. 18.

Virginia remained No. 8 in the coaches poll heading into the final week of the regular season.

The Cavaliers are top three in the ACC in scoring offense (2.53 gpg), goals (43) and points (122). Defensively, Virginia is second in the conference and rank eighth nationally in shutout percentage, posting 11 clean sheets.