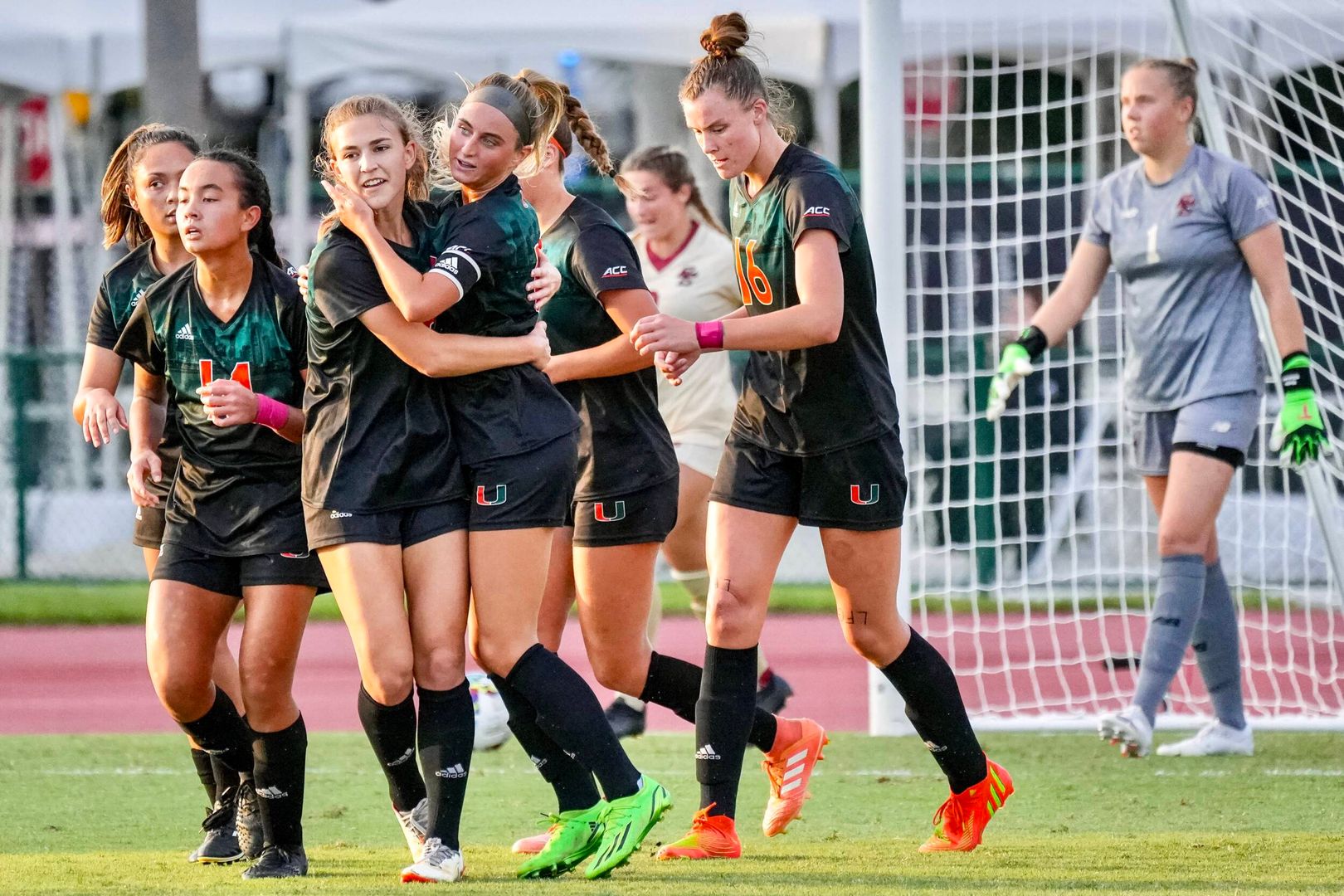 CORAL GABLES, Fla. — The University of Miami soccer team jumped on the scoreboard and never looked back.

The Hurricanes found the back of the net in the opening minutes and held the Eagles quiet the rest of the way, as Miami blanked Boston College, 1-0, Thursday evening at Cobb Stadium.

“I thought we started strong,” Miami head coach Sarah Barnes said. “We created a number of opportunities and scored a really good goal. For us, I think it comes down to being more consistent and holding ourselves to that standard for longer periods of time.”

After scoring three times across the first 20 minutes in their last outing, the Hurricanes (5-6-3, 2-5-1 ACC), once again, struck early.

In the eighth minute, Miami capitalized on a throw-in right in front of its bench.

Senior defender Taylor Shell hurled the ball down the sideline for freshman forward Emma Pidding, who darted into the box and found María Jakobsdóttir cutting toward goal. Jakobsdóttir took two sharp touches to shake her defender and rocketed a right-footed strike into the far corner of the frame for her first tally of the season.

“We executed the throw-in tremendously,” Barnes said. “It’s something that we’ve improved on over time. Emma Pidding got to the end line and got runners in the box. She picked a player out, put in a cross and María had good execution on the finish. When you get into those situations, you create a really strong likelihood of scoring a goal. We’ve talked about those kinds of things all year long, so it was good to see the execution.”

Dagenais recorded six saves in the Hurricanes’ fifth clean sheet of the campaign, the most by Miami in six seasons.

The Hurricanes will continue their homestand Sunday, welcoming No. 2 North Carolina to Cobb Stadium. Kickoff is scheduled for 1 p.m.