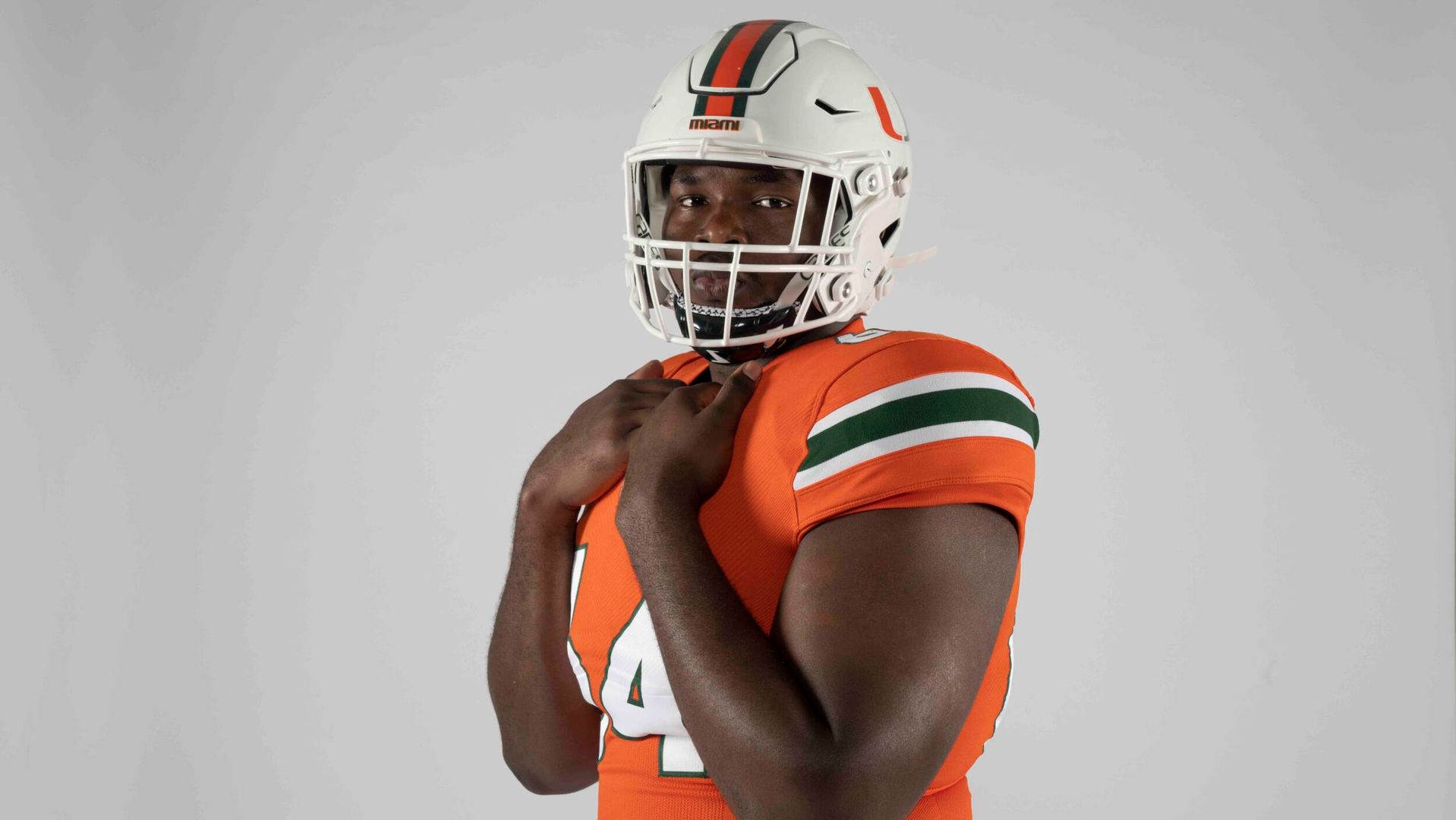 CORAL GABLES, Fla. – Jalen Rivers of the University of Miami football team is the ACC Offensive Lineman of the Week, as announced Tuesday afternoon by the conference office.

A third-year redshirt freshman, Rivers helped the Hurricanes rack up 605 yards of offense in the 70-13 season-opening victory over Bethune-Cookman. It marked Rivers’ first action since Sept. 18, 2021, as he missed the final nine games of last season with a leg injury.

Miami amassed 300-plus yards both rushing and passing in the win over the Wildcats, its third time doing so this century. The Hurricanes scored nine touchdowns, including seven on the ground for the first time this century.

Rivers, a 6-foot-5, 325-pounder, helped the Miami offensive line keep three different quarterbacks upright, as the team did not concede a single sack.