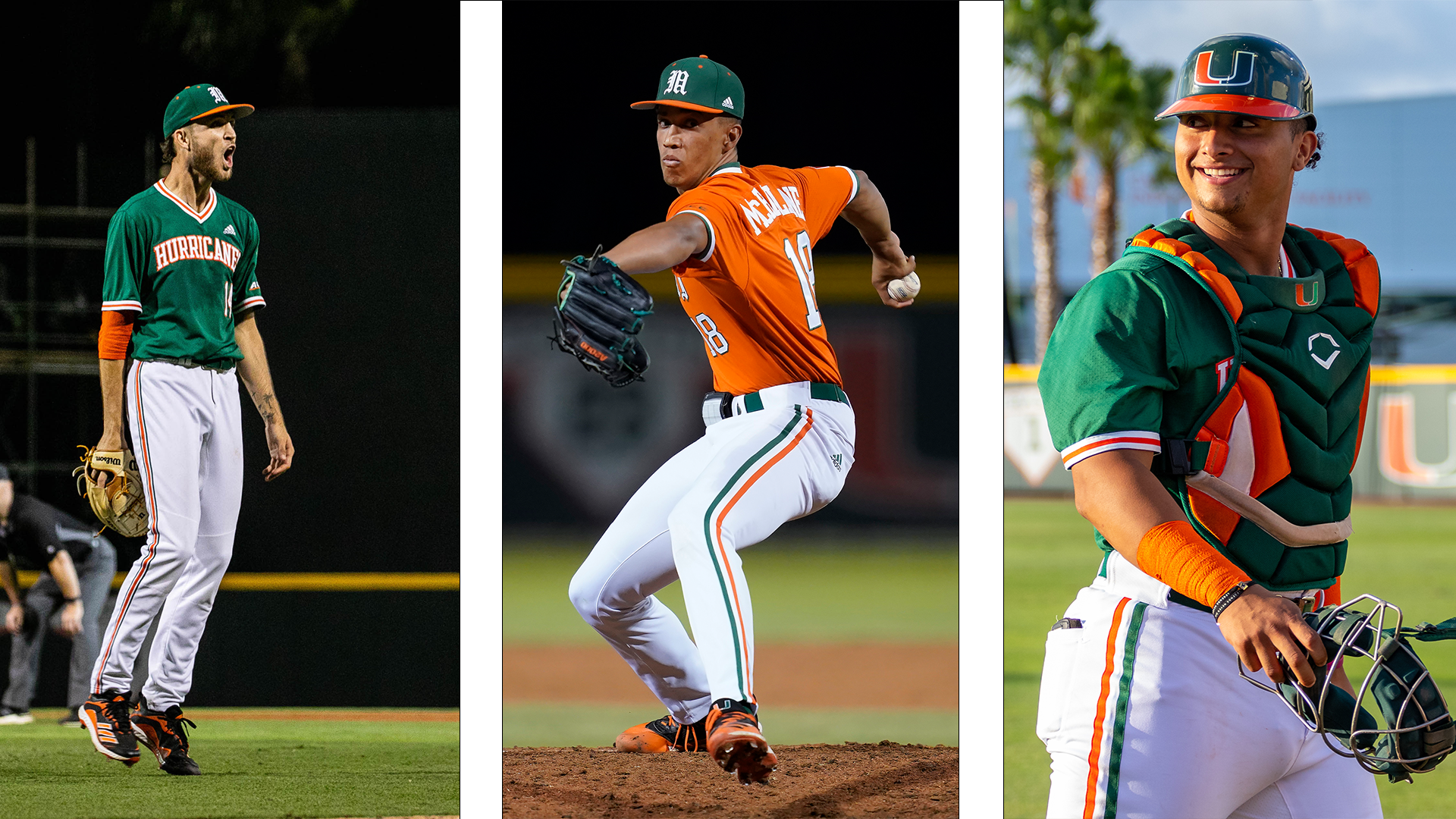 One of the most dominant left-handed pitchers in college baseball, Palmquist cemented himself in the Miami record books in his three seasons at The U.

Palmquist garnered All-America and All-ACC distinction for the second straight season, following a breakout second-year freshman campaign in 2021. As Miami’s closer, Palmquist was one of 10 finalists for the NCBWA Stopper of the Year Award, after pacing the ACC and finishing third nationally with 14 saves, which tie him for 10th place in a single season in program history.

With one of the most electric arms in the country, McFarlane served as a key swingman for the Hurricanes over the last three years.

McFarlane flashed in his first two go-arounds, highlighted by a five-frame shutout performance against Boston College in 2021. The St. Thomas, U.S. Virgin Islands, native, finished with a 4.50 ERA as a second-year freshman, building off a rookie campaign in which he appeared six times in the shortened 2020 college baseball season.

A left-handed power bat behind the plate, Romero Jr. made his presence felt in his first year as a Hurricane.

Following two seasons at Vanderbilt, the Miramar, Fla., native totaled a .272 average with 12 home runs and 54 RBI in 2022. Romero Jr., who finished with a .378 on-base percentage and a .507 slugging percentage, earned a spot on the Bragan Award Watch List, as well as the Buster Posey Award Watch List.

The 6-foot-1, 218-pound catcher shined down the stretch of conference play, tallying a pair of multi-homer efforts against Georgia Tech and Notre Dame in two of the final three ACC series.

With the selections Monday, a Miami Hurricane has been picked in 49 consecutive drafts, dating back to 1974. Meanwhile, the Hurricanes have had a pitcher chosen in 19 straight seasons and a catcher taken in five of the last seven years.