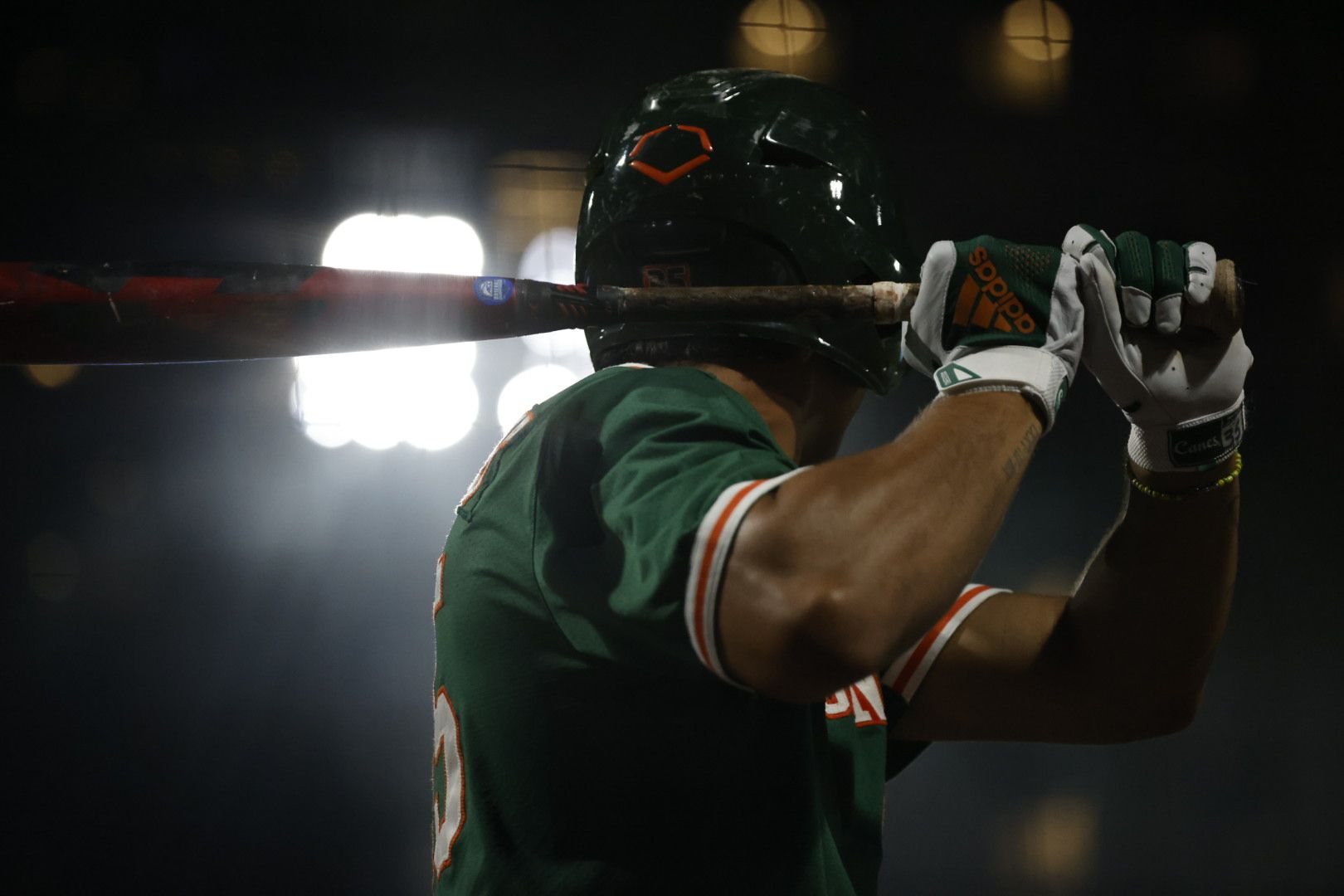 “Disappointing,” Miami head coach Gino DiMare said. “This game was important. We didn’t pitch well and we fell behind a lot of hitters. They had a lot of free swings. I’d like to see us play better.”

NC State scored in five of the first six innings, highlighted by ACC Freshman of the Year Tommy White.

“He’s got a lot of power,” DiMare said. “He might have been a little tardy on a few of them and he still drove it out of the ballpark, so he’s got a lot of strength. You hate to have their best guy hurt you in those situations.”

The NC State designated hitter hammered a solo shot in the first to put the home team ahead, 1-0.

Miami first baseman CJ Kayfus leveled the score in the third with an RBI single, setting the table for fellow sophomore Yohandy Morales.

Morales mashed a three-run bomb, depositing a 1-0 breaking ball into the left-field bleachers. The third baseman’s team-best 14th homer traveled an estimated 365 feet and pushed the Hurricanes in front, 4-1.

White answered with a two-run blast in the bottom half before the Wolfpack regained the advantage with a trio of tallies in the fourth.

The next inning, Miami catcher Maxwell Romero Jr. cut the deficit in half with his 13th round-tripper of the season.

But as the Pack did when the Hurricanes scored in the third, NC State responded.

In the seventh, Morales plated his fourth run of the evening, but Miami couldn’t find the crucial knock off of the Packs’ pen.

Closer Chris Villaman recorded the final two outs to help the Wolfpack secure a spot in the ACC Championship semifinals.

Miami starter Carson Palmquist (9-4) was tagged with the loss, pitching the first 3 2/3 for the Hurricanes.

Up next, Miami wraps up its pool play against the sixth-seeded Wake Forest Demon Deacons Friday. First pitch is slated for 3 p.m.

“We just have to look at the Wake Forest game as the biggest game of the year, which we’ve been doing all year,” DiMare said. “We know where we’re at and one of our goals is to be a top-8 seed. If we go 1-1 here, I’d like to think we have a chance at a top-8 seed.”