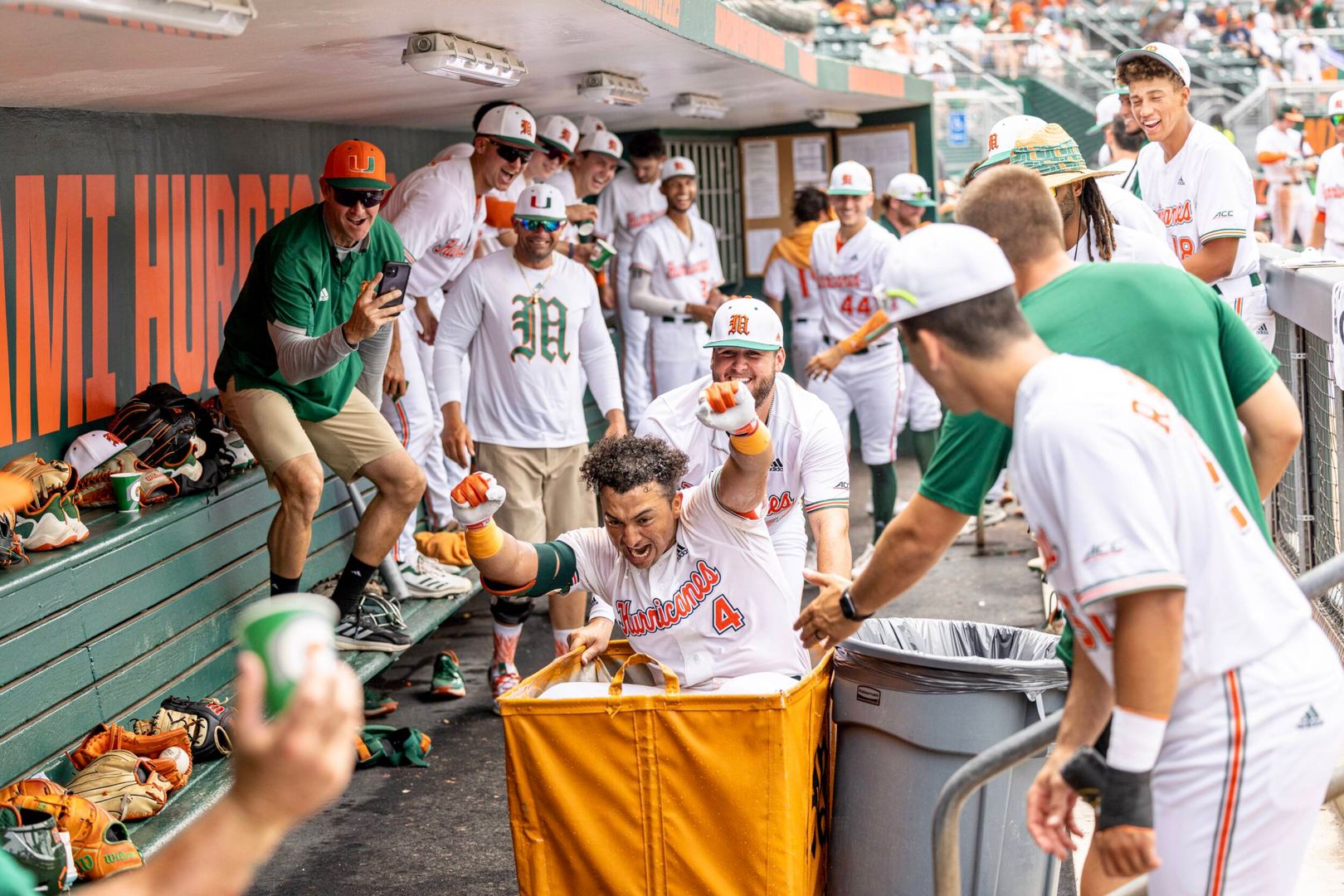 Ninth-ranked Canes Cap off Regular Season with 16-7 Win over No. 14 Notre Dame

CORAL GABLES, Fla. — The Miami Hurricanes finished their regular season with a bang.

“It’s a great start to the game to set the tone,” Miami head coach Gino DiMare said. “We were able to open it up some more with some more home runs. At the end of the day, I’m very happy with the bounce back after losing last night. The guys kept their focus with everything going on with the ACC seeding.”

“This team is a very hitting contagious team,” Levenson said. “When everyone is seeing the ball well, it goes well for us. Everyone is just trying to have good at-bats. If we stick with that mindset, we put together a lot of runs.”

The Hurricanes home run derby continued in the third when freshman outfielder Gaby Gutierrez muscled his third round-tripper in the last two games.

But the party was just getting started.

“It’s scary to see when it really all comes together,” Romero Jr. said. “As a lineup, we still have much more in the tank and we have much more to offer. I think we all know that and we can’t wait until it all unfolds when it needs to unfold.

The Hurricanes’ six blasts are tied for the fourth-most home runs in a game in program history, reaching the feat for the first time since June 2, 2019. 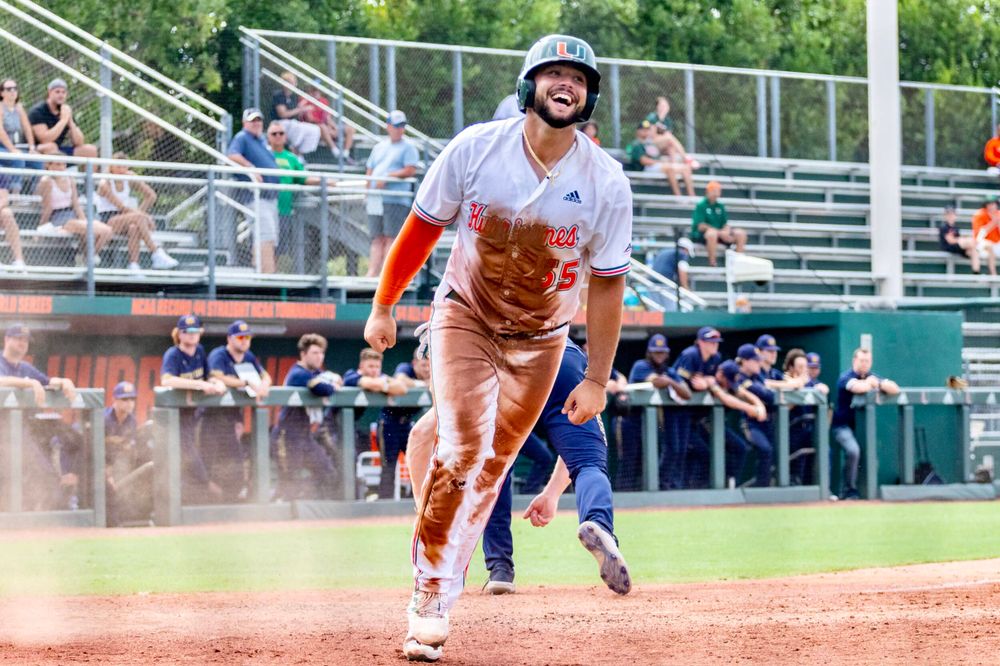 While the long ball put Miami ahead by nine heading into the fifth, the Hurricanes put the game out of reach by doing the little things.

Miami plated five more tallies in the seventh, scoring runs on a bases-loaded walk, an RBI single, a pair of wild pitches and a sacrifice fly.

“It’s got to help the confidence,” DiMare said. “We got shut out yesterday for the first time all season and then come back and put seven runs up in the first. Our sport is such a crazy sport, my goodness.”

The Hurricanes provided more than enough run support for Miami’s pitching staff, with reliever Ronaldo Gallo notching his third win of the season. 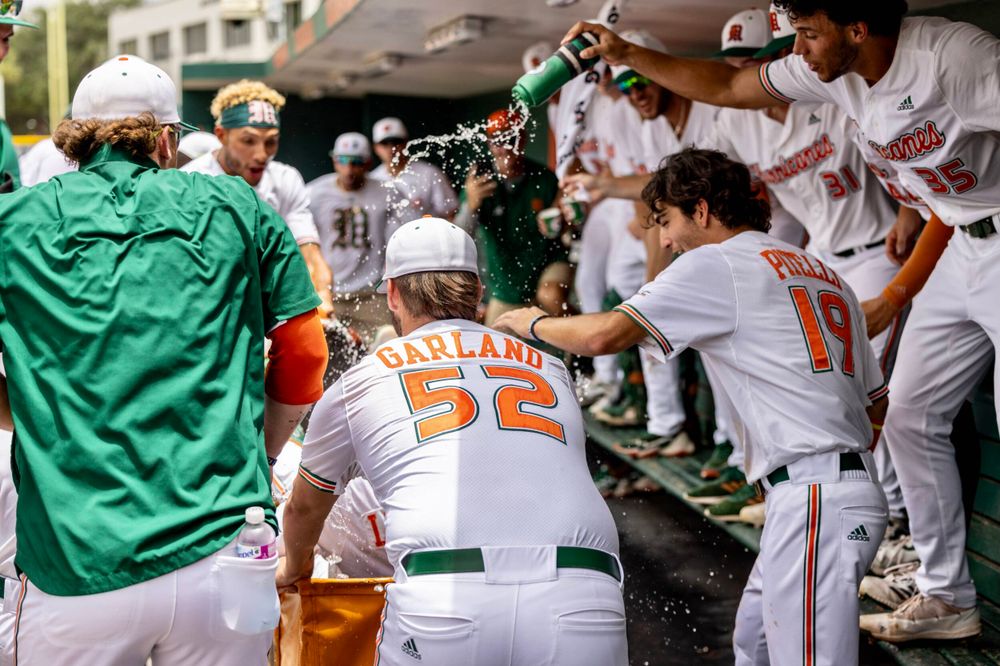 Throughout the Hurricanes’ regular-season finale, Miami announced its team awards. Freshman catcher JD Jones garnered the Bob Werner Award, which is given annually to the player who most exemplifies the qualities of a winner.

Following their best regular season in six years, the Hurricanes will be the No. 3 seed in the ACC Baseball Championship. The conference tournament begins Tuesday, May 24 at Truist Field in Charlotte, N.C.

“I’m just proud of our guys,” DiMare said. “We had a great regular season. Now, we move onto the ACC Tournament and get ready for the NCAA Tournament.”