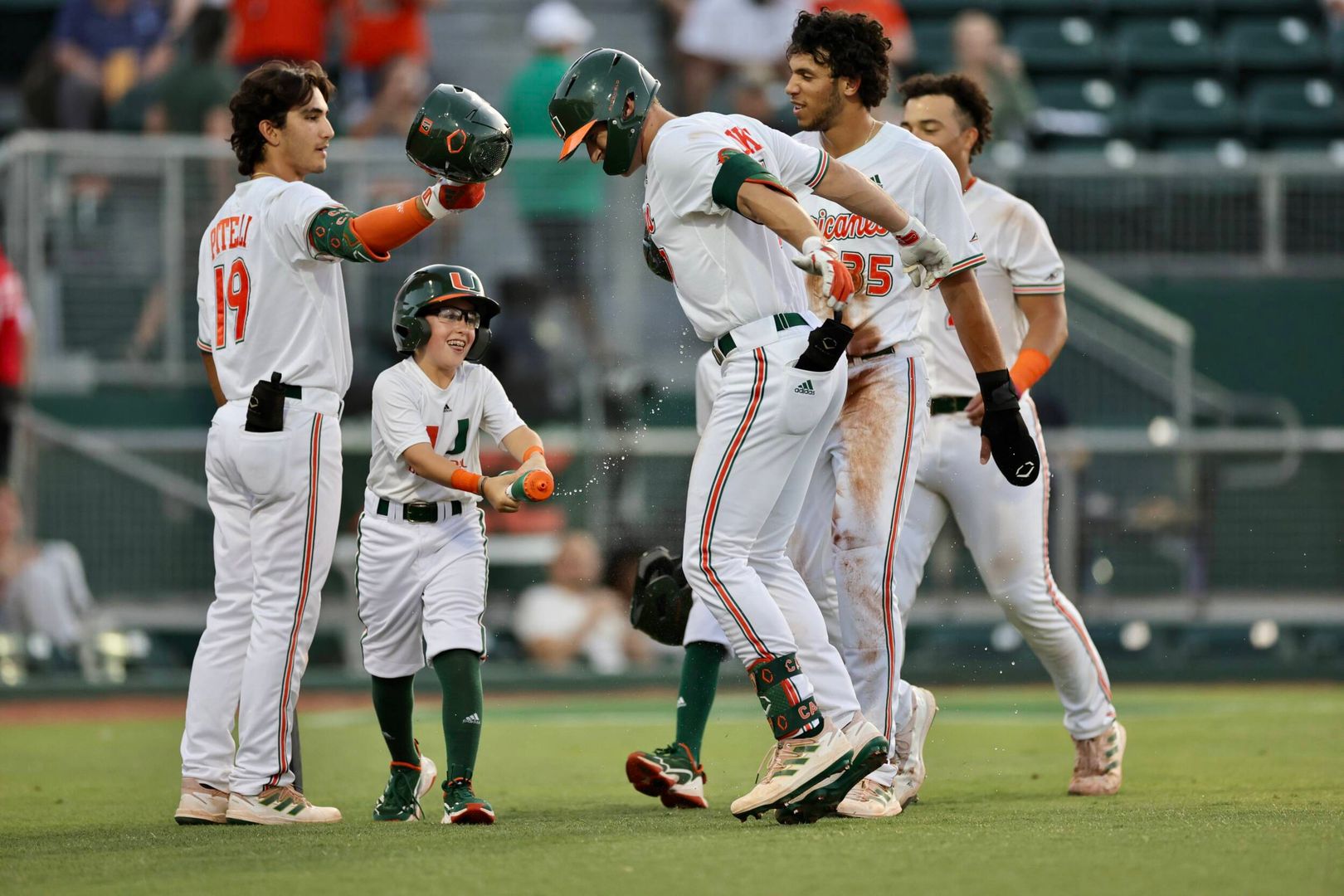 CORAL GABLES, Fla. — Jacob Burke sat down at the podium.

After putting together one of the best games by a Miami Hurricane in nearly seven years, rather than bask in the glory, the sophomore outfielder praised his teammates and coaches.

“Today, we did a lot of work before the game, getting back to the fundamentals and what made us successful throughout the year,” said Burke, who became the first Hurricane to drive in eight runs in a game since David Thompson in 2015. “Credit to the guys in front of me in the lineup today. I think everybody might have got on before me. Hitting is contagious, so I just got up there and tried to get a good pitch and add to the score.” 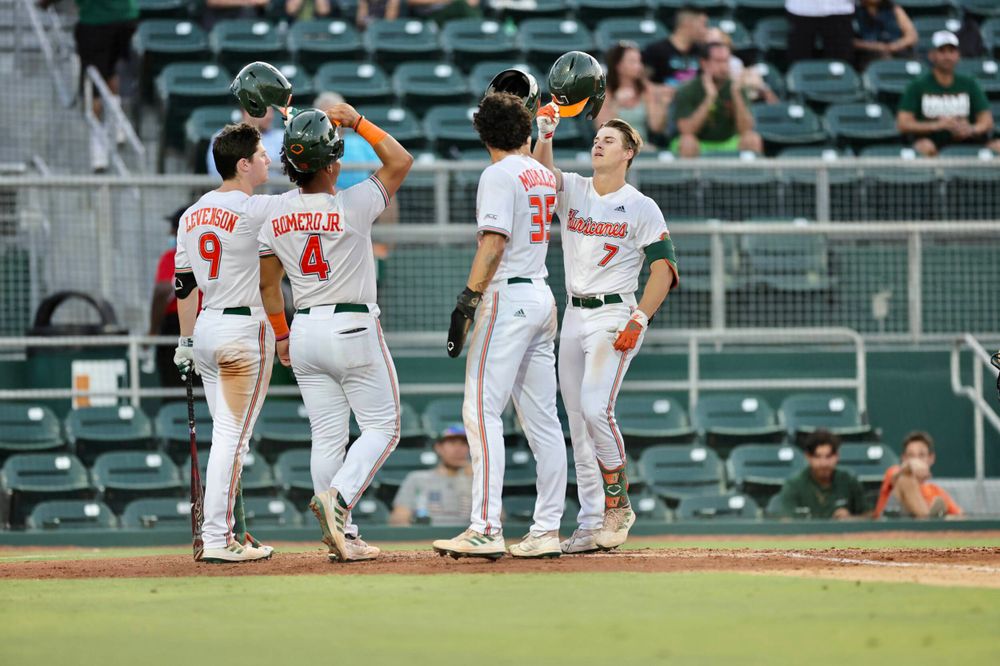 Burke plated a run in the opening frame with a double for the Hurricanes (33-12, 17-7 ACC) before launching his eighth homer in the second and his co-team-high ninth blast in the fourth. The St. Francisville, La., native capped off his career night with his fourth extra-base knocks, tallying his club-leading 47th RBI.

“I’m so happy to see him have the night he had because he’s a guy that’s been huge for us all year,” Miami head coach Gino DiMare said. “He’s such a dynamic player and a great athlete that can do so many things. He was no doubt our MVP of the game today.”

“I’ve been trying to let the ball travel deeper, stay in my legs and listen to the coaches,” Garcia said. “I’m seeing the ball very good right now. I was just looking for a fastball and I had it right there down the middle.”

Garcia punctuated the offensive outburst in an emphatic fashion with a 434-foot moonshot in the eighth.

Miami’s 21 hits marked the most in a single game since the Hurricanes totaled 22 knocks at Georgia Tech on May 9, 2016.

“Everybody was clicking on all cylinders tonight,” Burke said. “Of course, you’re not going to score 20 runs every game, but I think that this offense has that potential to come out and put up big numbers like this. When we don’t try to do too much, focus on the fundamentals and stay locked into the ground, it usually works out pretty well.”

On the mound, the Hurricanes got a dominant start from left-hander Carson Palmquist. Palmquist tossed six scoreless innings, striking out six Bison along the way. Miami’s ace limited North Dakota State (25-14, 12-4 SUMMIT) to only four hits in his team-high seventh win.

“I felt like I was attacking the zone with all my pitches,” said Palmquist, who threw 52 of his 74 pitches for strikes. “I wasn’t trying to do too much and strike everybody out, but instead, go deeper into the ballgame with a lower pitch count.”

The Hurricanes will look to secure the series Saturday when Miami and North Dakota State meet at 6 p.m. at Mark Light Field.