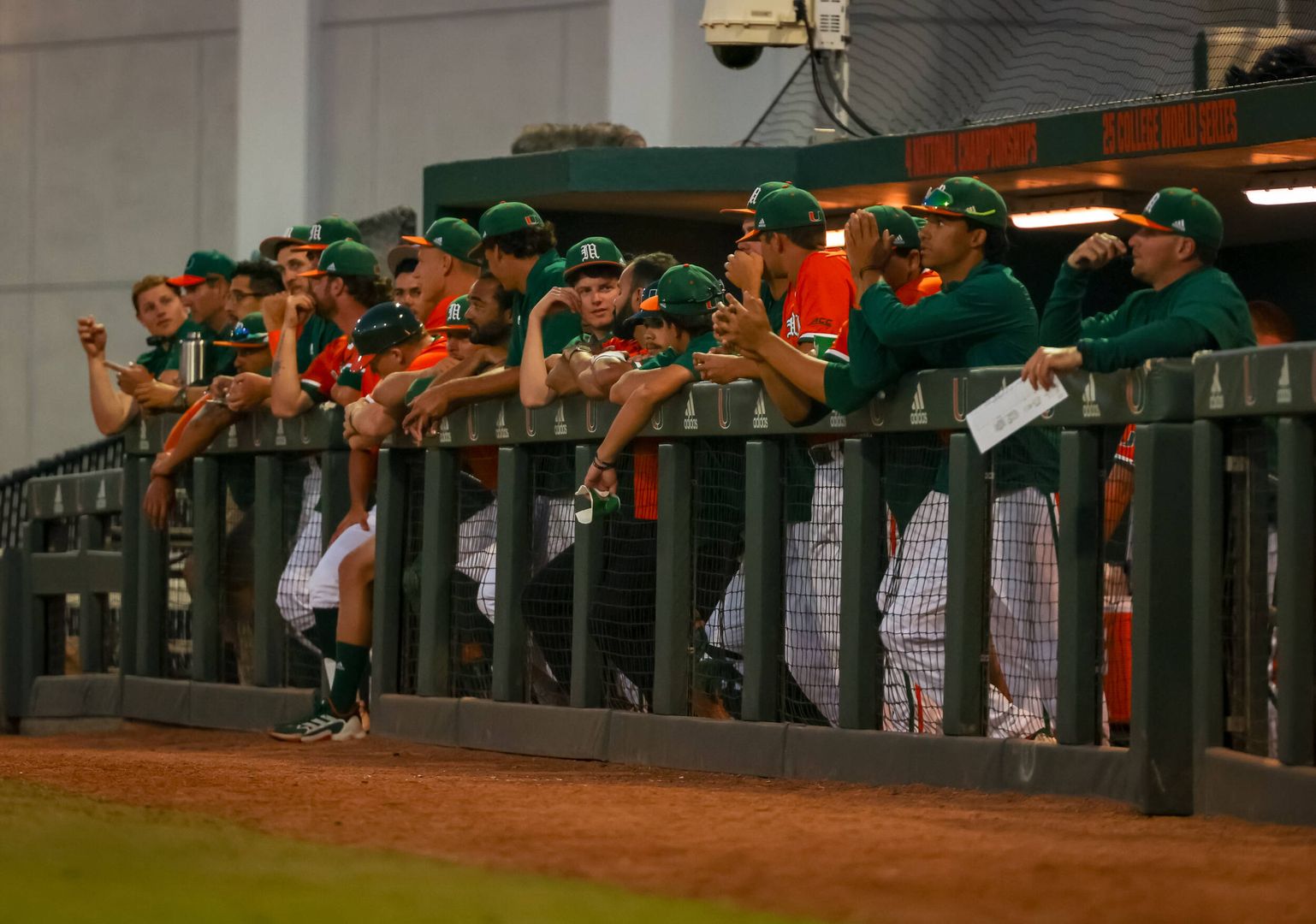 No. 3 Miami Falls to Stetson

“Just a total team effort in terms of playing poorly,” Miami head coach Gino DiMare said. “Everybody’s to blame on this one. Pitching wise, poor pitching. They scored in every inning but three. We played poorly defensively. I know it only shows two errors, but we bobbled balls, didn’t catch a ball in the outfield and bobbled balls in the outfield. Offensively, just poor, poor performance. I’m not sure where this came from, but very disappointed.”

The Hatters scored six runs across the first three innings, highlighted by a five-run third.

Stetson strung together five hits in the frame to grab a 6-0 lead.

Miami broke up the shutout bid in the bottom of the third before pulling within four on Zach Levenson’s solo shot an inning later.

The visitors tacked on tallies in four consecutive frames, notching six runs from the fifth through the eighth.

Miami’s pitching staff had an off night, surrendering 19 hits, which was one shy of its season-worst.

The Hurricanes used six different pitchers after Jake Garland, who was lifted after 2 2/3 innings. The right-hander entered Tuesday third in the ACC in ERA, but picked up his second loss in 2022.

After dropping only their second midweek contest of the season, the Hurricanes head to Georgia Tech. The three-game set begins at 6 p.m. Friday.

“We’ve got to get ourselves ready real quick because we got a big series this weekend,” DiMare said. “We have to get back to the things that have made us successful up to this point.”