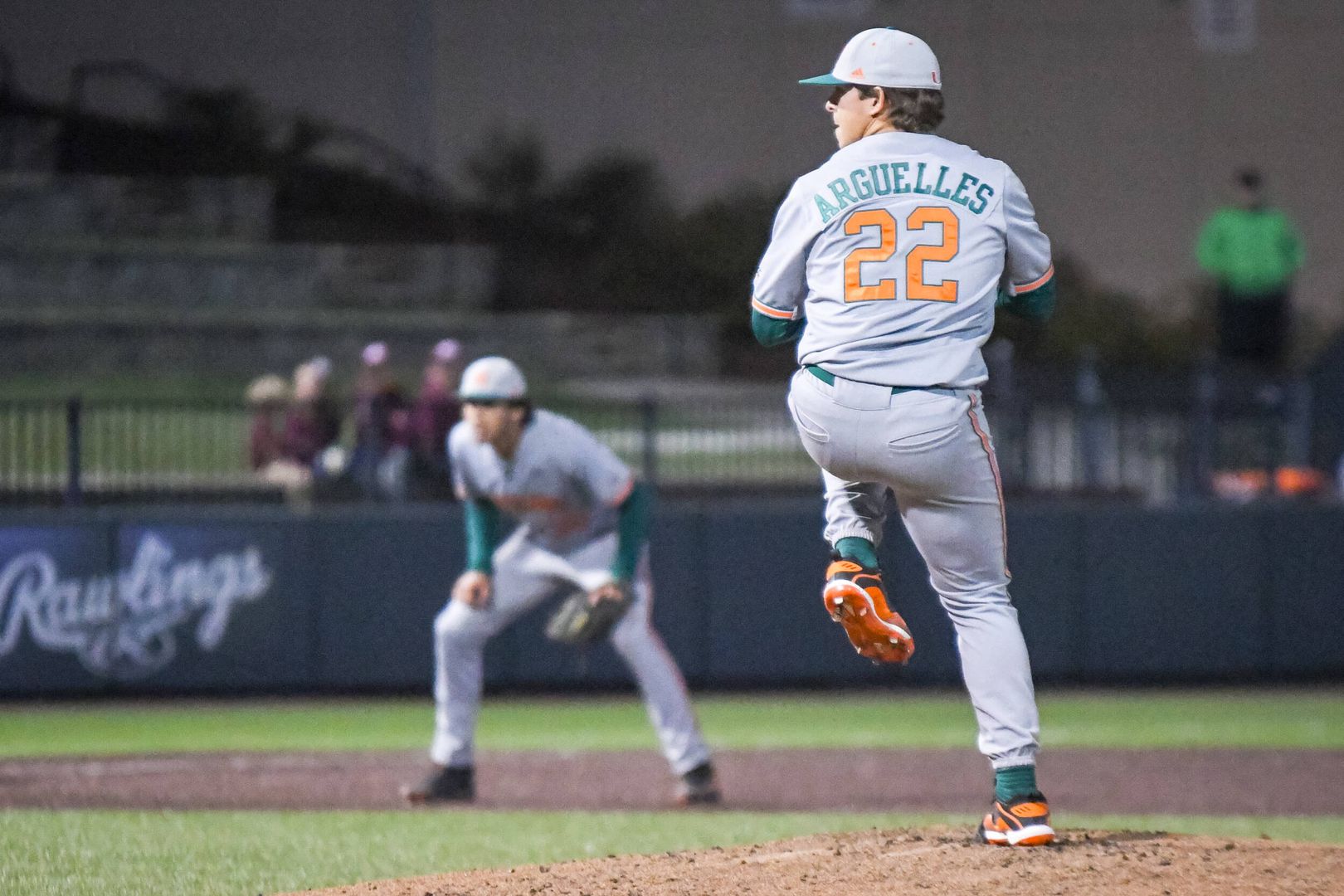 No. 2 Miami Drops Series Opener to No. 21 Virginia Tech

BLACKSBURG, Va. — All good things must come to an end.

The second-ranked Miami Hurricanes had their 14-game winning streak snapped by No. 21 Virginia Tech, falling to the Hokies, 12-5, Thursday evening at English Field at Atlantic Union Bank Park.

“They swung the bat well so you have to give them credit,” Miami head coach Gino DiMare said. “I was disappointed in our offense. We chased a lot of pitches out of the zone, which hasn’t been the case for us, but we did tonight. We battled but we couldn’t hold them off. Credit to them, they just kept grinding away at-bats and swinging the bats. They’re a good offensive team.”

Virginia Tech (22-8, 8-6 ACC), which entered the series second in the country in home runs, smacked three homers across the first four innings, grabbing a 6-0 lead.

The Hurricanes answered with three two-out runs in the fifth, sparked by first baseman CJ Kayfus.

The next pitch, Kayfus showcased his wheels, swiping second and advancing to third on a throwing error by Virginia Tech catcher Cade Hunter.

But the sophomore wasn’t done showing off his P.F. Flyers.

On a breaking ball in the dirt, Kayfus darted home, sliding across the plate before Hunter could slap on the tag to double Miami’s tally.

Freshman left fielder Edgardo Villegas capped off the three-run frame, smacking a 396-foot homer over the right-field fence, cutting the once six-run deficit in half.

Right-handed reliever Anthony Arguelles kept the Hurricanes close, allowing only one run on two hits across a career-high 3 2/3 innings.

“I thought he threw really, really well,” DiMare said. “The ball was coming out of his hand good. I thought he commanded his off-speed and he got ahead of guys. He threw longer than I anticipated and ate some innings up. Huge, huge outing for him.”

But the Hokies’ offensive firepower was too much.

Virginia Tech tacked on a run in the seventh before breaking out for five in the eighth to secure the victory.

Miami starter Carson Palmquist (6-2) was tagged with the loss, while Green (5-1) picked up the win.

The Hurricanes look to even the series and start a new streak Friday at English Field. First pitch is set for 7 p.m.

“We have to turn the page,” DiMare said. “I’d expect this group to come out and be ready to play tomorrow.”