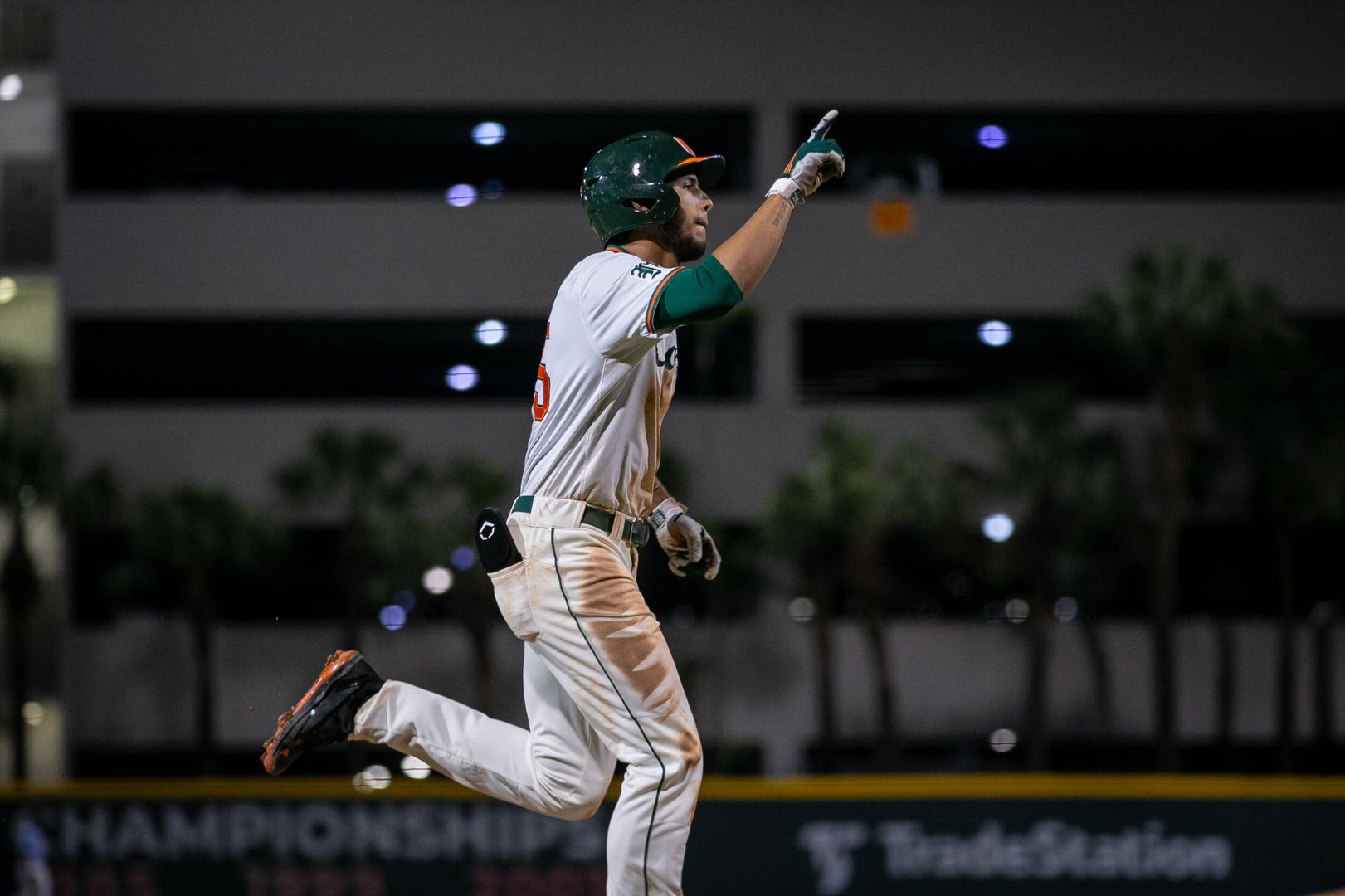 CORAL GABLES, Fla. — Miami third baseman Yohandy Morales is regarded as one of the top hitters in the ACC, if not the country.

And on Friday night, he added to his impressive résumé.

Morales recorded his first career four-hit performance, guiding the Miami Hurricanes to an 8-5 victory over No. 13 North Carolina at Alex Rodriguez Park at Mark Light Field.

“Boy, he looked good at the plate,” Miami head coach Gino DiMare said. “All his swings looked good. When he was taking pitches, he looked really good, he was under control. Usually, when you see your hitters doing that, he is probably going to put a good swing on the ball and that is what he did today.”

Morales reached base in all five plate appearances, singling three times, walking once and smacking a three-run homer.

With the Hurricanes (15-6, 5-2 ACC) ahead, 3-1, in the sixth, the sophomore launched his team-leading fourth blast, doubling Miami’s tally. 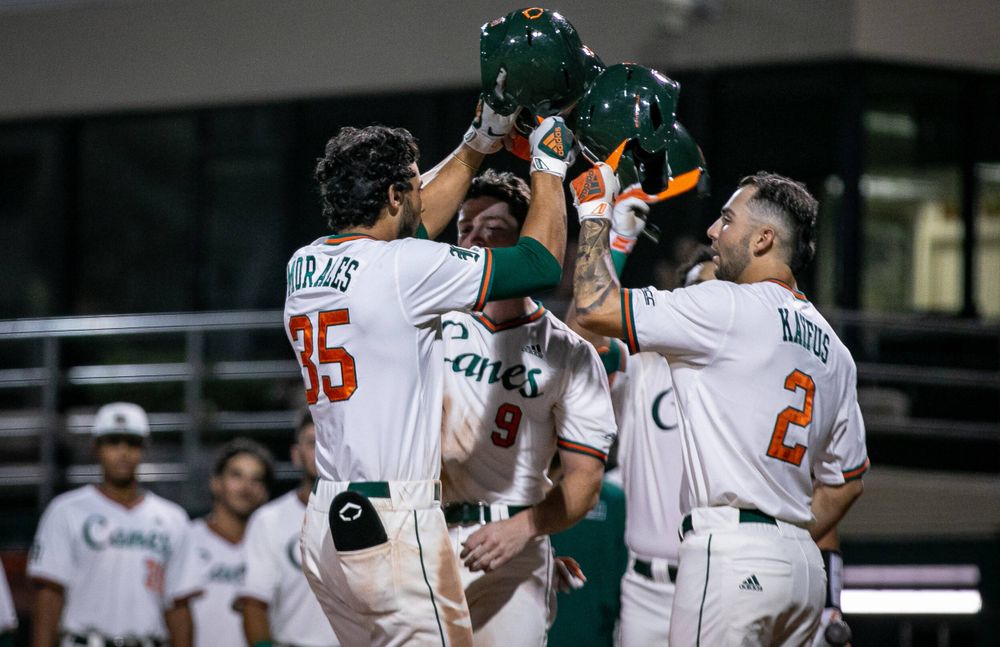 “Being able to get on base and help my team score some runs is all I can ask for,” Morales said. “I was just trying to do what I can to hit the ball and make solid contact.”

The Hurricanes tacked on two more runs in the seventh, before North Carolina (18-4, 5-2 ACC) answered with four tallies of its own in the final two frames.

“Thank goodness for Yoyo’s homer,” DiMare said. “It ended up being the difference in the game.”

One inning later, outfielder Jacob Burke doubled the Hurricanes’ advantage with an RBI base hit into center. Gonzalez Jr. followed with a run-scoring single of his own, pushing Miami’s cushion to three.

The Tar Heels manufactured a run in the fourth, but that’s all the visitors would get off Miami starter Carson Palmquist (5-1).

Palmquist pitched five innings of one-run baseball, punching out nine along the way. The southpaw struck out six of the first 10 batters he faced, keeping the Heels off balance all night. 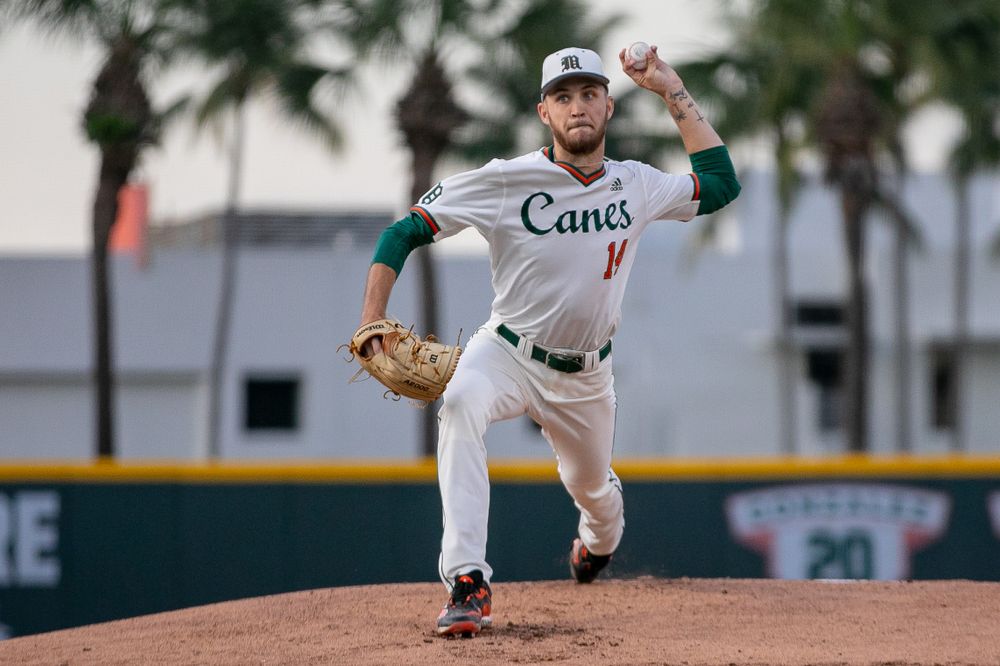 “I was just going right after hitters, having fun and keeping the ball down in the zone,” Palmquist said. “Whenever my teammates are putting runs on the board, it takes stress off my shoulders. It helps me lock in and get in cruise control.”

The Hurricanes knocked North Carolina starter Brandon Schaeffer (2-1) out of the game after just 2 1/3 innings. The southpaw was charged with three runs on six hits.

“That is what you want,” DiMare said. “We put a lot of pressure on their pitcher and the entire team. They threw a lot of guys. The more we can see their pitchers, the better it is for us. I am very, very happy with our lineup as a whole, just giving taxing at-bats and getting on base.

Miami closer Andrew Walters locked down the Hurricanes’ second victory over a top-15 foe this season, notching his sixth save in as many tries.

“You have to show some respect to the University of Miami Hurricanes,” Morales said. “Everyone has been doubting us, but this is a great team. We are going to prove everyone wrong.” 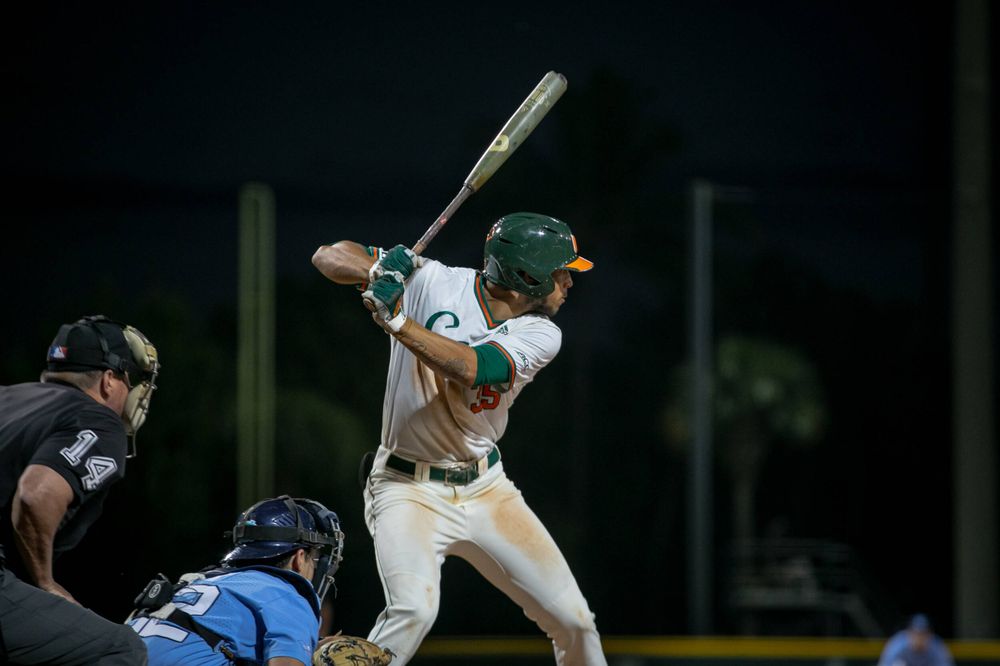