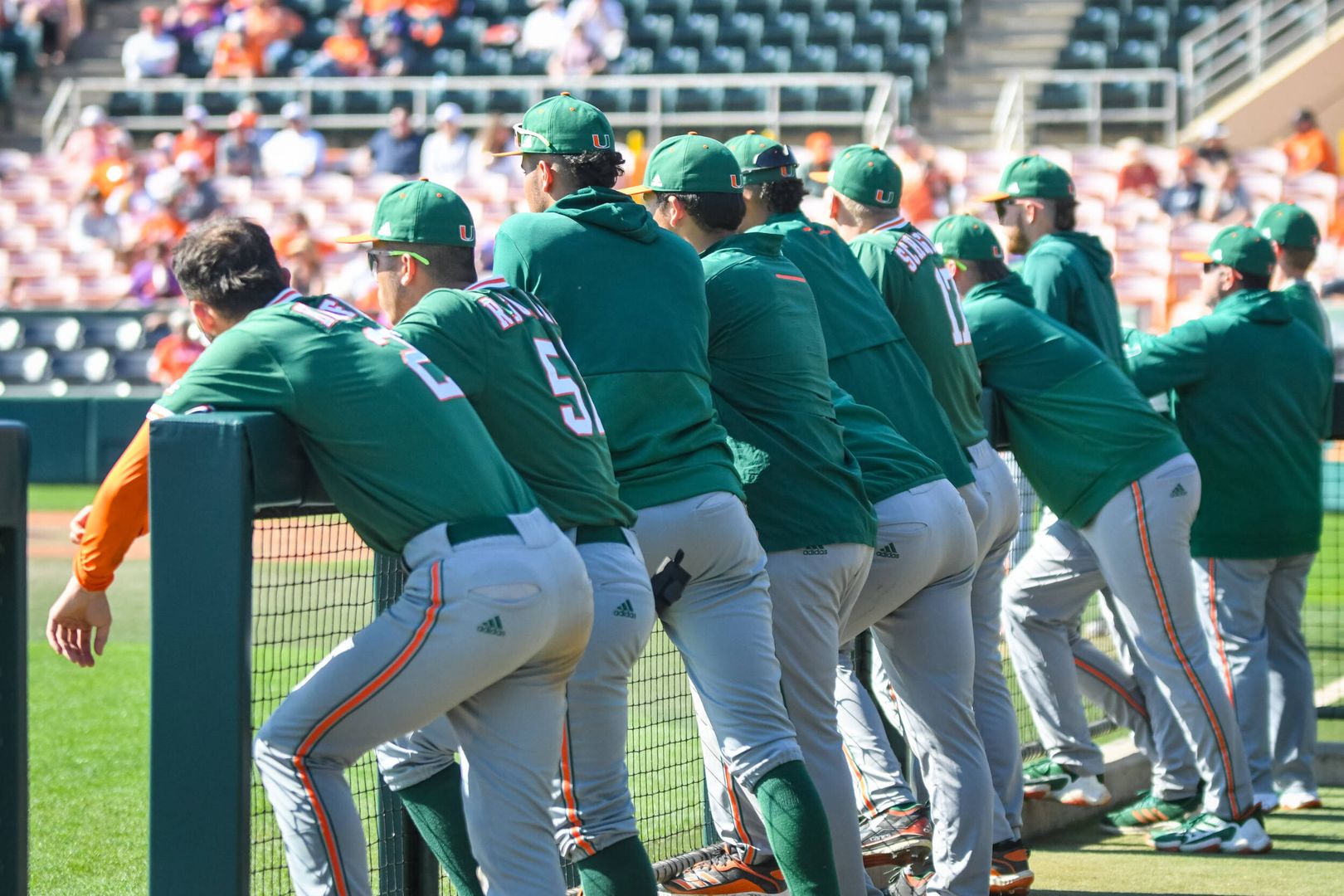 Miami Falls in Series Finale to No. 18 Clemson

Miami (13-6, 4-2 ACC) won the first two games of the series, but on Sunday, Clemson (15-4, 1-2 ACC) clawed back to prevent being swept by the Hurricanes for the second straight season.

The Tigers scored runs in each of the first five frames, grabbing a commanding 12-2 lead.

Miami third baseman Yohandy Morales responded with a three-run homer in the seventh, but the Hurricanes’ offensive output stopped there.

Clemson tacked on eight more tallies in the eighth to pad its advantage and put the game out of reach.

Freshman left-hander Rafe Schlesinger was the only Hurricane hurler not to allow a run, retiring all three Tigers he faced.

With a leadoff hit to begin the contest, Miami first baseman CJ Kayfus extended his on-base streak to 25 games, dating back to last year.

Following their first series win over a ranked opponent this season, the Hurricanes resume action Wednesday against the FAU Owls. First pitch is slated for 6:30 p.m. in Boca Raton.