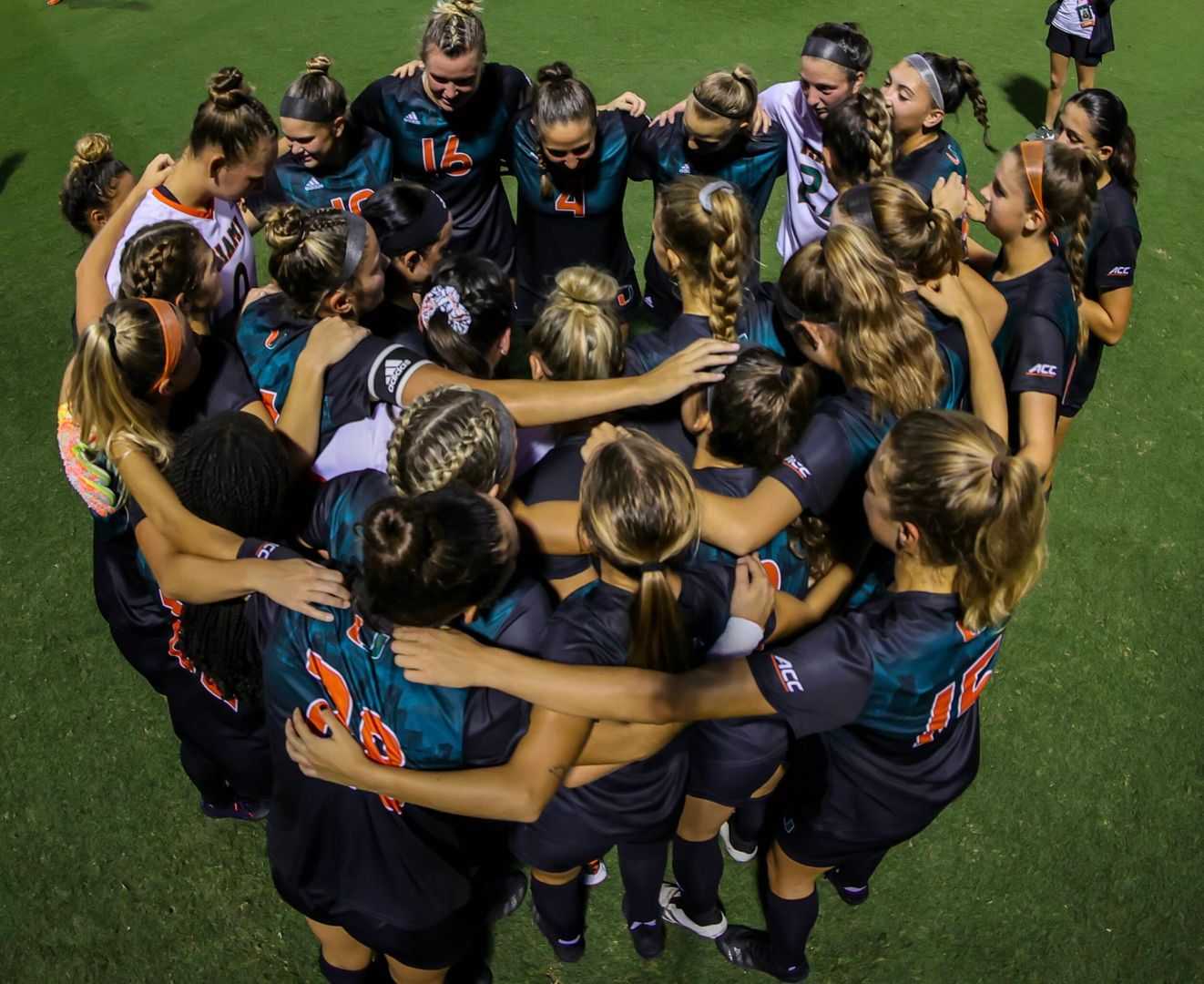 “There are so many ups and downs in a season, but the commitment to wanting to do the hard things was really positive this year,” Miami head coach Sarah Barnes said. “The commitment to becoming a closer team, a team that truly looks out for each other and is there for each other even when things are hard, was evident. We saw it in how they played and how they competed. The seniors have done a good job of buying in and laying a foundation and helping us move in the right direction.”

The senior quartet were joined by their families and friends from across the globe, making the night that much more special.

Barth, Fortich, Haralz and Speaks combined to play in 147 career matches, earning 124 starts along the way. Yet, their biggest impact wasn’t in between the lines.

“Anytime a new staff comes in, there are a lot of people that decide it’s not for them. Through challenging times, through good times, through fun times, they were there, and interictally involved in all the things we did,” Barnes said. “They weren’t afraid to say the hard things that needed to be said, and that’s what you want from your most experienced players. They came every day, worked hard, said the things that needed to be said, and held standards for themselves and their teammates. You can’t put a dollar sign on their value.”

As freshmen, Fortich, Haralz and Speaks were part of a Miami squad that upset then-No. 9 Florida State, topping the rival Seminoles, 1-0, in extra time. One year later, they took down 15th-ranked Clemson, 3-2, in double overtime.

Barth, who transferred to The U after two years at Wisconsin, joined the class last year and helped Miami make history this fall.

The Hurricanes secured their first victory over in-state foe Florida since 2012, toppling the Gators, 1-0. In conference play, Miami recorded its first-ever win at Boston College, defeating the Eagles on a last-second goal.

The senior class laid the groundwork for a Canes’ program that is eager to continue to build step by step.

“We have a lot of work to do. If you look at the tail end of the season, we played some of the top teams in the country,” Barnes said. “Florida State, Virginia, North Carolina, they’re the gold standard for women’s college soccer. They show you what aspects of our game needs to be better. It paints a really clear picture for us as a staff and the players that will be returning tomorrow. The first day next season is tomorrow and we’re looking forward to getting to work.”