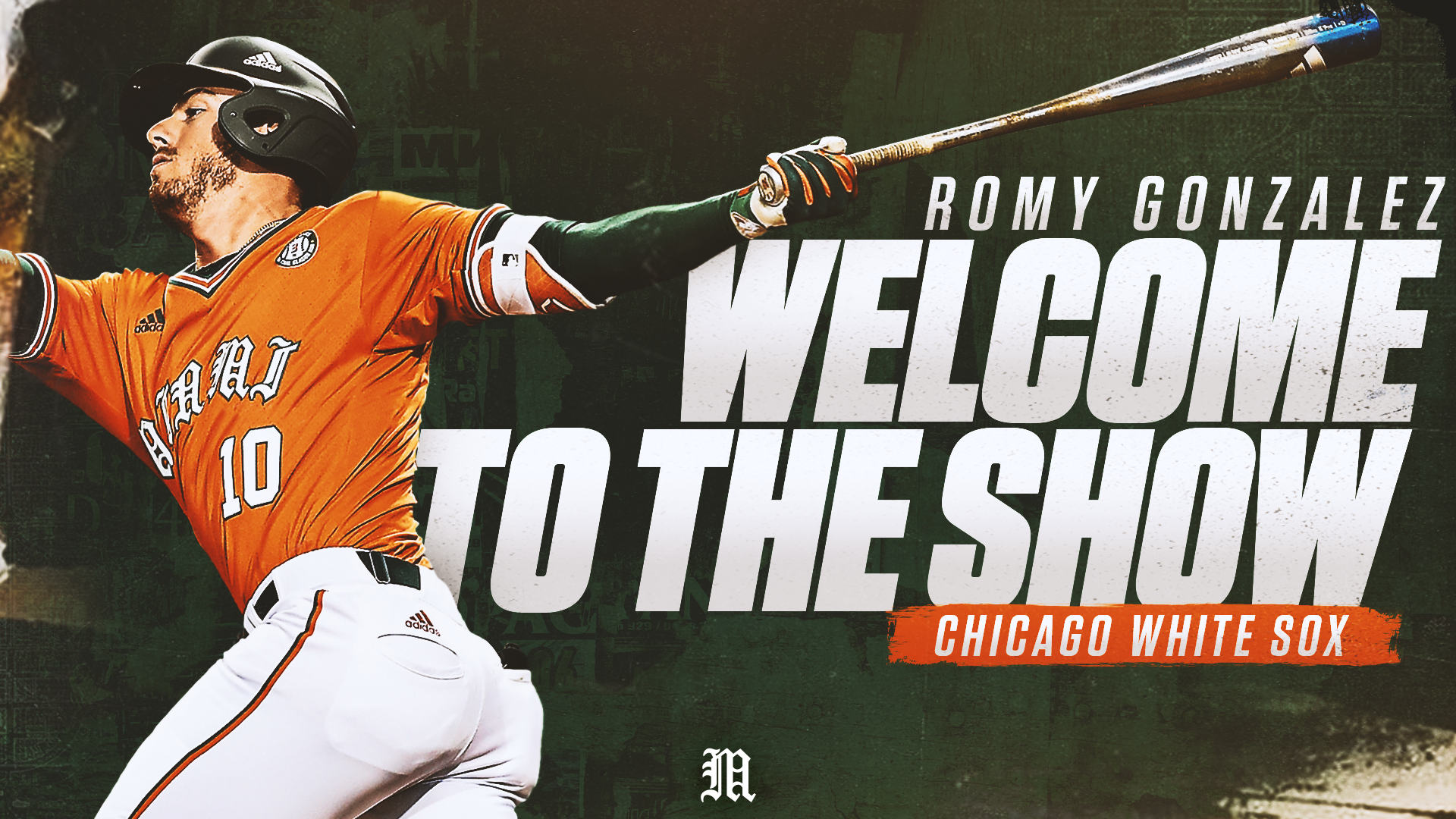 “All the years and years of hard work and sacrifice have finally paid off,” Gonzalez said. “I couldn’t be more grateful to be in the position I’m in. I want to thank my family and friends who have been with me through it all. I couldn’t have done it without them. To finally be able to say that I’m a Major League Baseball player is a dream come true.”

Gonzalez, who played for the Hurricanes from 2016-18 and made the College World Series with the program as a freshman, slashed .276/.357/.525 with 23 home runs across Double-A and Triple-A this year. The 24-year-old became the first Birmingham Baron with 20 home runs and 20 stolen bases in the same season since 2000. In his first appearance with Triple-A Charlotte, Gonzalez smacked a pair of homers, including a walk-off three-run blast.

With the promotion, Gonzalez becomes the 65th former Miami player to make it to the big leagues.

“We are very excited to hear about another one of our former players getting called up to the big leagues,” Hurricanes head coach Gino DiMare said. “Congratulations to Romy!”

As one of six Hurricanes to be taken in the 2018 MLB First-Year Player Draft, Gonzalez becomes the first member of the 2018 class to make his Major League debut in 2021.

Prior to being chosen by the White Sox in the 18th round, Gonzalez batted .254 with 16 home runs and 78 RBI in the orange and green.

The Miami native was named Hurricane MVP as a sophomore in 2017, tallying a .265 average and a team-best 11 round-trippers and 38 RBI.

The White Sox are scheduled to host the Pittsburgh Pirates Wednesday at Guaranteed Rate Field. First pitch is scheduled for 8:10 p.m.