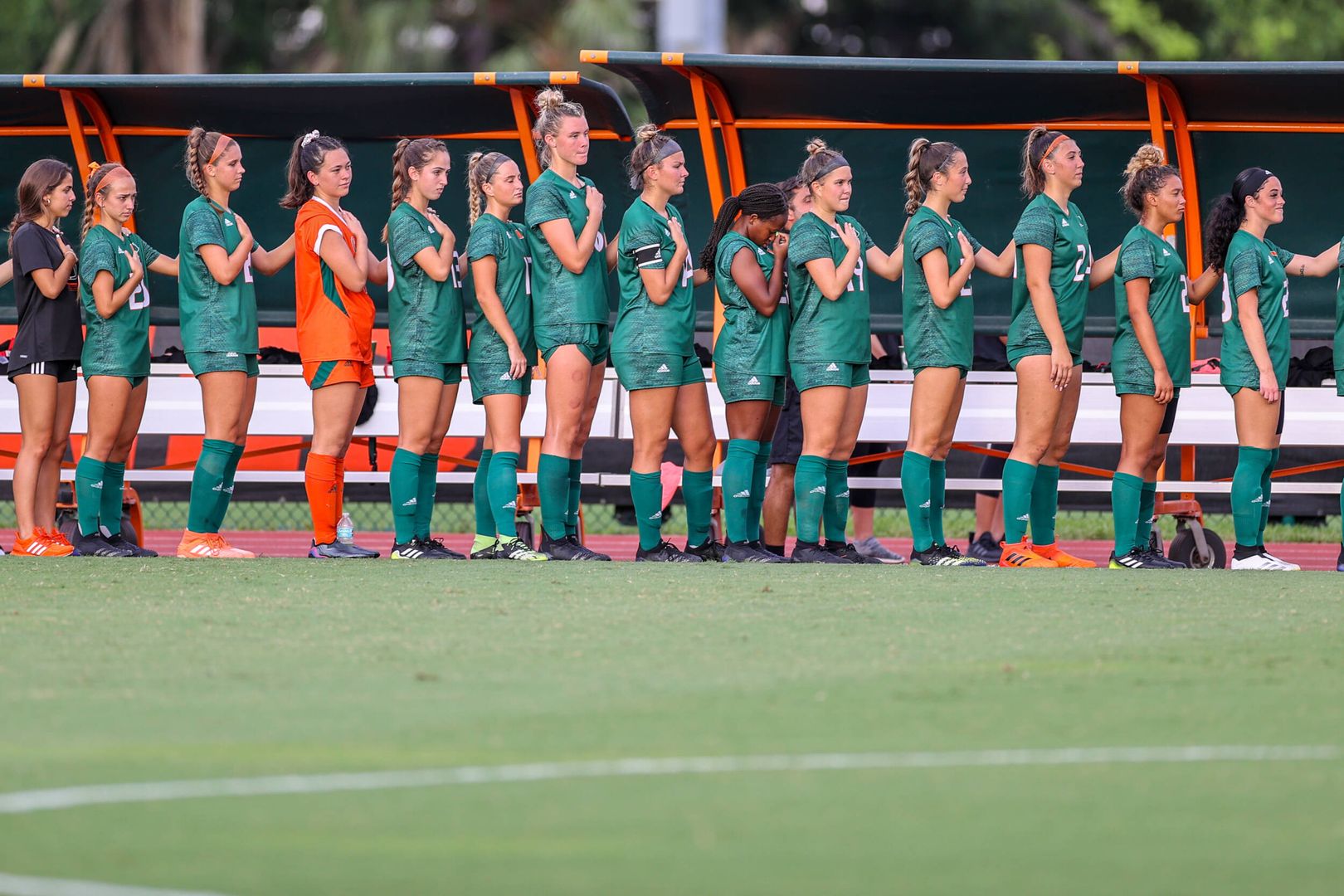 With two of their goalkeepers unavailable for the final match of the extended 2020-2021 campaign, the Canes relied on two members of Miami’s basketball team – forward Naomi Mbandu and guard/forward Moulayna Johnson Sidi Baba.

It was the perfect microcosm of a year unlike any other.

Now, less than five months later, the Hurricanes face their rivals from Gainesville again, this time away from Cobb Stadium.

“Especially going to UF, playing in the Swamp, there’s a lot of fans. We just need to stay focused and play our game,” senior captain Selena Fortich said. “Obviously, nerves are normal, but once the game starts it’s about confidence.”

The Canes and Gators have met 11 times since Miami’s soccer program was founded in 1998. UM trails the all-time series but both Hurricanes’ victories have come on the road.

“This is an interesting game because we played them at the end of the spring,” Miami head coach Sarah Barnes said. “We learned a lot from that game—what it takes and what the pressure is going to feel like. We’re more prepared for it.”

Florida defeated a shorthanded and inexperienced Miami squad, 2-0, on April 3. While most fans may key in on the rivalry, the Hurricanes are focused on growing as a team.

Through the preseason and first pair of matches, Barnes and her coaching staff have emphasized playing with a relentless mindset regardless of the opposition.

Miami has won four of its last five road openers and will look to rebound after dropping its first contest of the season to preseason ASUN favorite Lipscomb Thursday.

“We were lethargic, and I thought reactive,” Barnes said of the performance against the Bisons. “The truth of the matter is if it’s Lipscomb or Florida or anybody, if we play reactive without decisiveness, we’re going to have a problem. The rivalry is huge. It’s easy to get caught up in that but we want to get up for every game. That mentality is something we must have in our conference. This is a great opportunity to play a team that is going to replicate what we’re going to face in conference.”