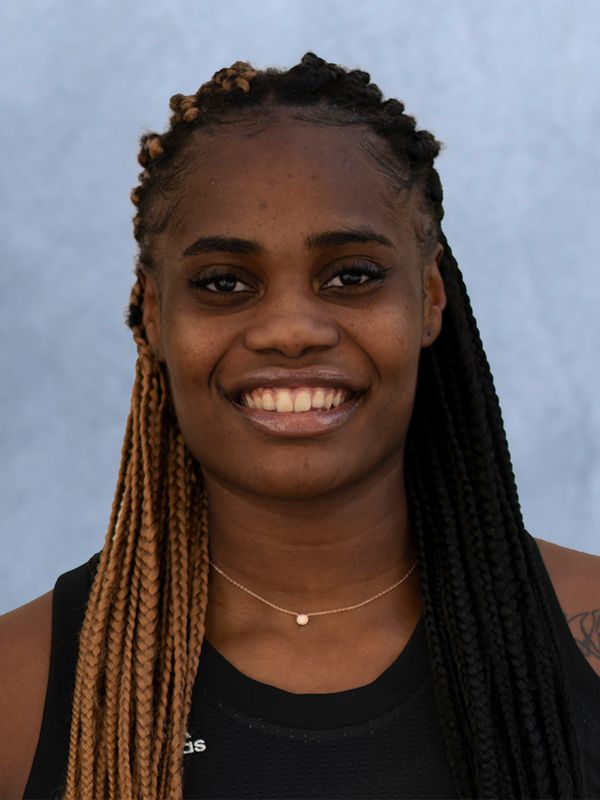 As a Junior (2020-21): Started 16 of 22 games played in 2020-21, earning her first career start against Notre Dame (12/31)…Totaled six double-digit outings as a junior, including four in a row from Jan. 21 to Feb. 7…Paced Miami in free throw shooting this season (min. 20 attempts), pouring in 82.7 percent of her shots from the charity stripe…Ranked second on the team in both rebounding (4.7) and field goal percentage (.466) and fourth in scoring (8.0)…Recorded the first double-double of her career with 17 points and 11 rebounds at Louisville (1/26)…Her 17 points and 11 boards against the Cardinals also set new career highs in scoring and rebounding, respectively…Tallied a bucket in 20 of 22 games played…Boasted a 21-game scoring streak…The only game she did not score in was the season opener against Jacksonville (11/25), her first game as a Cane…Hauled in five or more rebounds on nine separate occasions in 2020-21…The only Cane to post 30-plus steals and 30-plus assists this season.

As a Sophomore at Gulf Coast State College (2019-20): Considered the No. 2 junior college prospect in the nation by ASGR Basketball…Started all 28 games played, the only Commodore to do so…Averaged 14.6 points, 5.9 rebounds and 1.4 assists per game…Ranked third on the team in both scoring (14.6) and rebounding (5.9)…Paced the Commodores in minutes per game (32.8)…Helped Gulf Coast State to a 23-5 record…Helped team finish fourth at the NJCAA Division I Women’s Basketball National Championship.

As a Freshman at Gulf Coast State College (2018-19): Averaged 8.5 points, 3.3 rebounds and 2.2 assists…Won the NJCAA Division I national title, the sixth in program history and third in four year…Totaled 12 points, four rebounds, five assists and four steals in Commodores’ 68-62 victory over New Mexico in the national championship game.

Prior to Gulf Coast State: Represented her country at the 2019 FIBA U20 Women’s European Championship in August…Averaged 2.9 points and 2.0 rebounds in tournament, helping France to a third-place finish…Member of Le Centre Fédéral de Basketball (Federal Basketball Center), a club that brings together players of INSEP…Competes in Ligue2…Former teammate of current Cane, Kenza Salgues, at FBC.