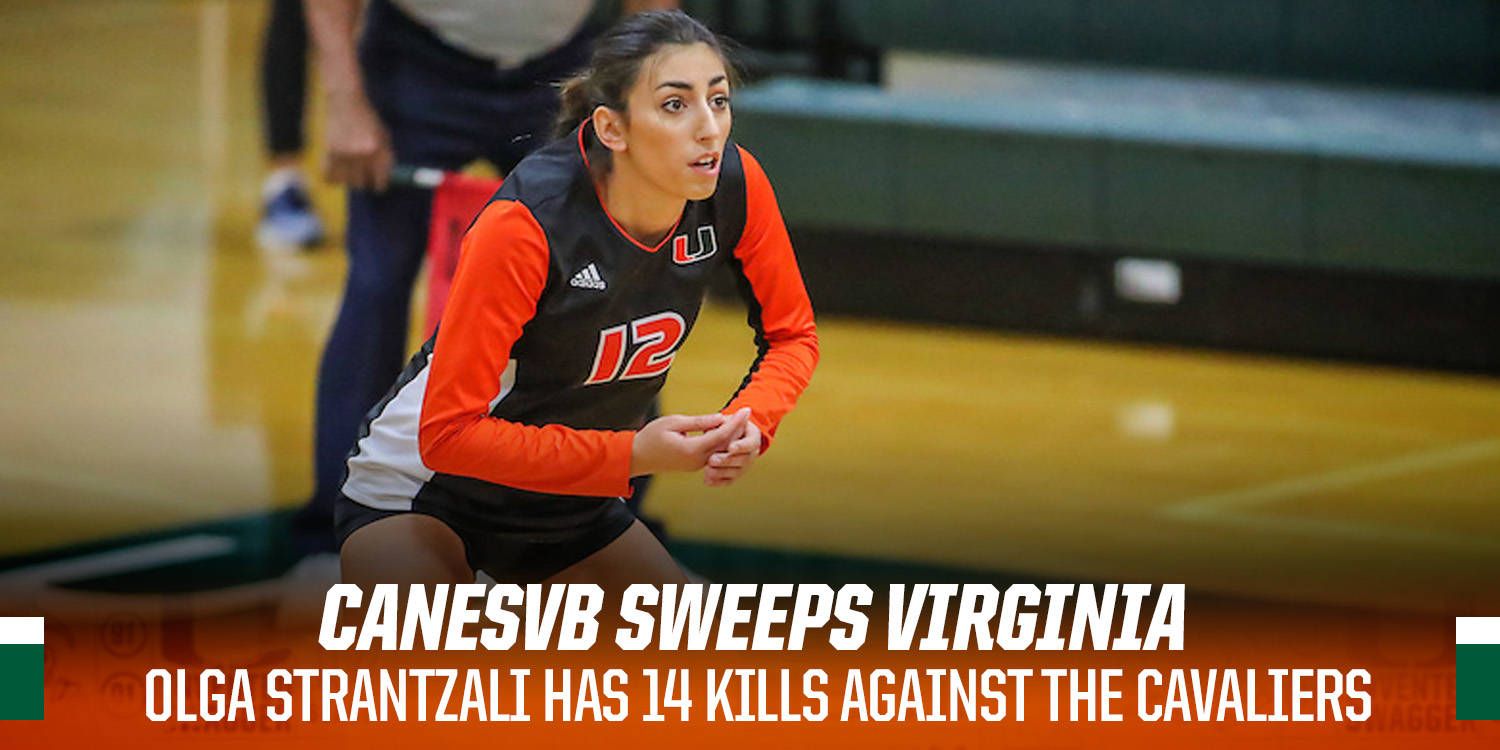 CHARLOTTESVILLE, Va. – The University of Miami volleyball team closed out the weekend with a three-set sweep of Virginia to earn its third ACC win of the season.

The Hurricanes came out of the break, taking an early 10-5 lead in the third set. Miami would continue to build off that momentum to close out the third set, 25-18, securing the match victory.

Junior Olga Strantzali paced Miami with a team-high 14 kills and nine digs during the match, while Anna Haak finished with 12 kills, seven digs and a block.

Following this week’s matches, the Canes will continue their road swing with a trip to Notre Dame for a 7 p.m. match on Oct. 28. Miami will also play at Louisville at 2 p.m., on Oct. 30.