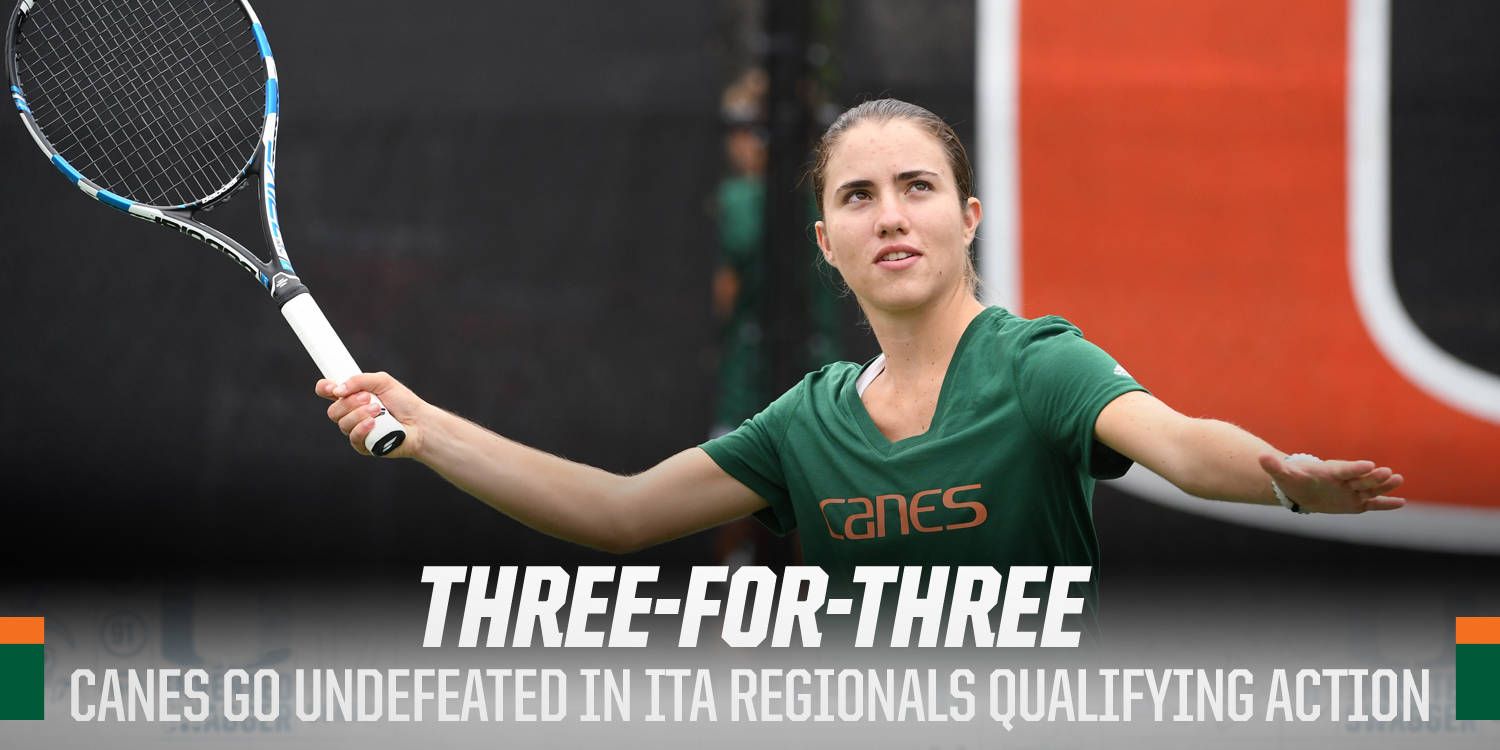 GAINESVILLE, Fla. – The University of Miami women’s tennis team won both of its singles matches and its lone doubles match Thursday in qualifying play at the ITA Southeast Regional Championships Presented by Oracle.

With their triumphs, all nine Hurricanes will be playing in singles and/or doubles in the main draw, which opens Friday at 8:30 a.m.

Playing just the fourth match of her collegiate career, Culbertson narrowly topped Georgia Southern’s Emilia Bujan in the first set, before dominating the second to earn a 6-4, 6-2 win.

Meanwhile, Tanielian did not drop a game in her first set against North Florida’s Luise Intert, making it four consecutive sets, dating back to last weekend’s Wolverine Invitational, that she won 6-0. Tanielian then won a tight second set to pick 6-0, 6-4 victory.

In doubles, Tanielian and Fuentes faced off against Bujan and Mariana Ranzahuer of Georgia Southern and rolled to an 8-1 win.

Eight Hurricanes will now be taking part in the singles main draw. The only one who will not be is fifth-ranked Sinead Lohan, as the junior has already clinched an automatic berth in the USTA/ITA National Indoor Intercollegiate Championships.

Miami will have four doubles pairs in the doubles main draw, including Lohan teaming with freshman Dominika Paterova as the seventh-seeded pair.

Draws, as well as updates to them throughout the weekend, can be found HERE. FloTennis will have premium live video streaming, which will be available HERE.