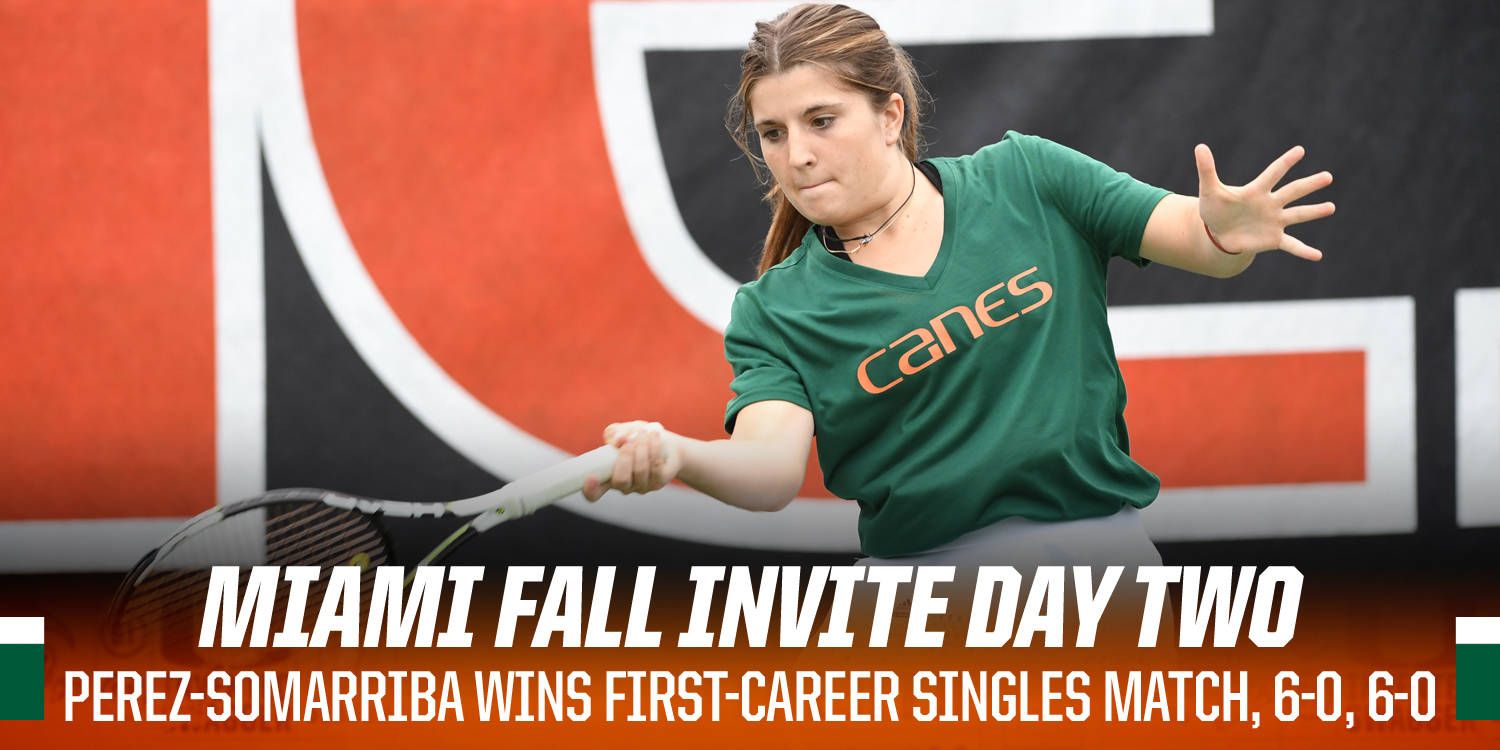 CORAL GABLES, Fla. – For the second consecutive day at the Miami Fall Invite, poor weather led to an early conclusion of play at the Neil Schiff Tennis Center.

Of the matches that did finish, the University of Miami women’s tennis team posted a 5-3 overall mark, including a 3-1 record in singles.

“We saw different things today, both good and bad,” Miami associate head coach Laura Vallverdu said. “All of them are part of the game and we will use them to improve. We have a confident team and they want it.”

Play began with unfinished singles matches from Friday, after competition was halted due to weather at 1 :07 p.m. Sophomore Clara Tanielian completed her comeback win over FIU’s Gabriela Ferreira, earning a 6-7 (5-7), 6-2, 1-0 (10-3) victory.

Madcur and Tanielian picked up a 6-4 victory over Marisa Ruiz and Heather Walton in the Hurricanes’ lone doubles match against a pair from Florida Atlantic. Fuentes and redshirt senior Maci Epstein dropped a tough match to FIU’s Gabriela Ferreira and Ulyana Grib, 6-7 (3-7).

Perez-Somarriba started off the second round of Saturday’s singles action in impressive fashion. Playing the first singles match of her career, the Madrid native was spectacular, earning an unblemished 6-0, 6-0 win over Callie Frey of Pittsburgh.

Lightning in the area then led to a stoppage of competition at 12:22 p.m., and play was suspended approximately three hours later for the remainder of the afternoon.

When the matches were halted, fifth-ranked Lohan was up 6-4, 3-0 on Pittsburgh’s Amber Washington and No. 32 Ogando was a game away from victory against No. 122 Audrey Ann Blakely of Pittsburgh, holding a 6-1, 5-2 edge in the lone ranked matchup of the weekend.

In addition, Paterova trailed Gabriela Rezende of Pittsburgh, 2-6, 3-2. Fuentes, Epstein and Tanielian had yet to begin their matches.

“We need to continue making tweaks both on and off the court,” Vallverdu said. “I’m looking forward to tomorrow.”

Singles play will resume Sunday at 8 a.m., to open the final day of the Miami Fall Invite. Doubles action will follow, with Miami facing Pittsburgh and Florida Atlantic taking on FIU. The final round of singles matches will then be held, with the Hurricanes playing Florida Atlantic and FIU meeting Pittsburgh.