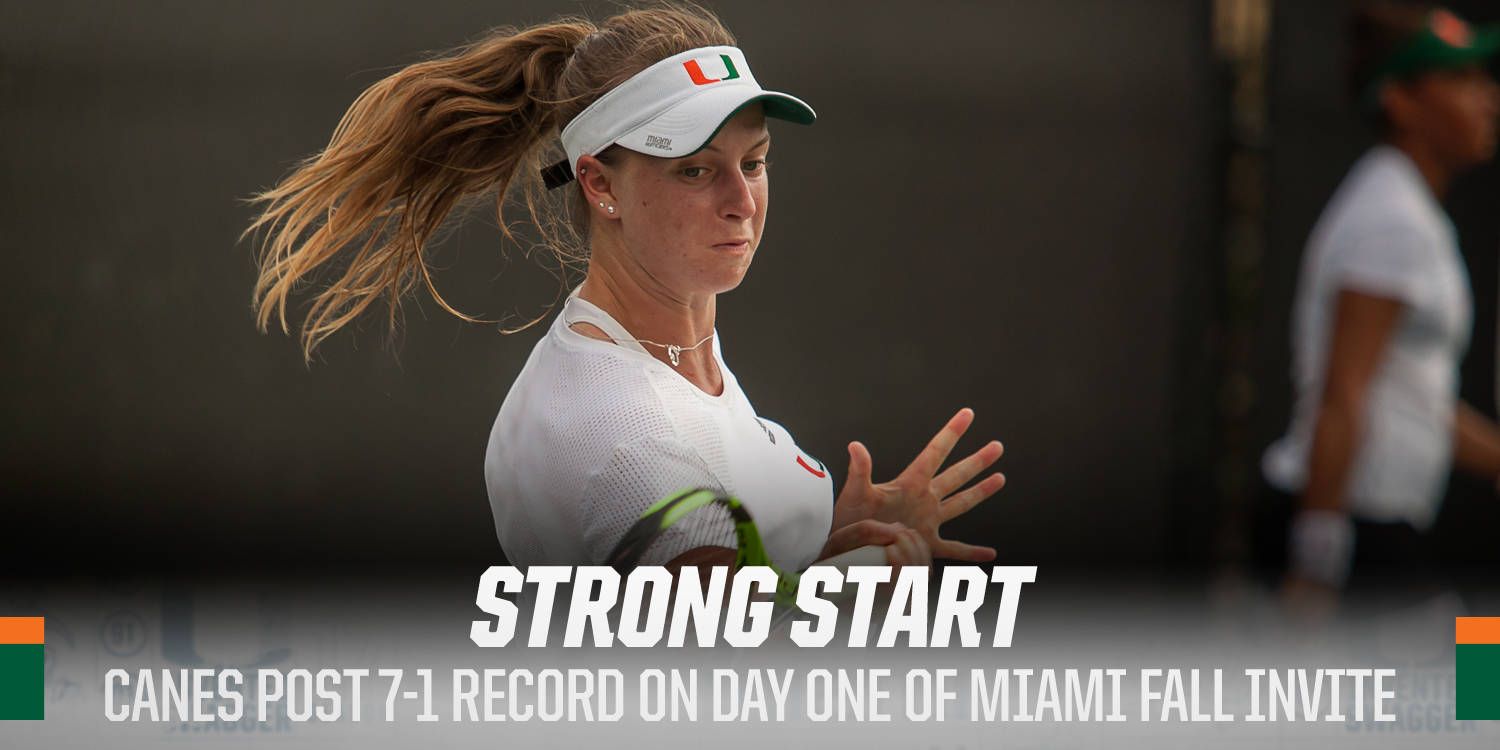 On a weather-shortened day at the Miami Fall Invite, which includes Florida Atlantic, FIU and Pittsburgh, the Hurricanes combined to log a 7-1 overall mark, including a perfect 4-0 record in doubles play.

“We had a few more errors through the middle of our lineup than I would like to see,” Miami head coach Paige Yaroshuk-Tews said. “Tomorrow should be a little better with additional situations. We had a good day.”

The Hurricanes began the day with a dominant showing in doubles play against Florida Atlantic, dropping just 10 games across the four matches.

Freshman Estela Perez-Somarriba, playing her first match as a Hurricane, teamed with sophomore Clara Tanielian for the first victory of the morning, a 6-1 triumph over Lyndsey Boos and Marisa Ruiz.

Another freshman, Dominika Paterova, then earned a win in her first match at Miami, notching a 6-3 victory against Laura Fabrizi and Naiya Oden alongside junior Sinead Lohan.

Miami took on FIU in singles competition and Lohan opened the action in dominant fashion, as the fifth-ranked player in the nation rolled to a 6-0, 6-2 victory over Andrea Lazaro.

The second match to be completed was Epstein’s against Mina Markovic, which ended as a 6-3, 6-2 victory for the Panthers. No. 32 Ogando then completed an impressive 6-1, 6-2 win versus Nina Nagode.

Paterova earned a win in her first-career singles match, coming away with a 6-4, 5-7, 6-3 decision over Maryna Veksler.

Action was halted at 1:07 p.m., due to lightning in the area and approximately 40 minutes later, play was suspended for the remainder of the day.

Six singles matches remained unfinished, including three with Miami players. Fuentes’ match against Ulyana Grib was headed to a third set at 4-6, 5-7, while No. 117 Madcur was also going to a decisive final set against Nerma Caluk at 1-6, 6-4. Tanielian trailed Gabriela Ferreira, 6-7 (5-7), 1-2, when action was stopped.