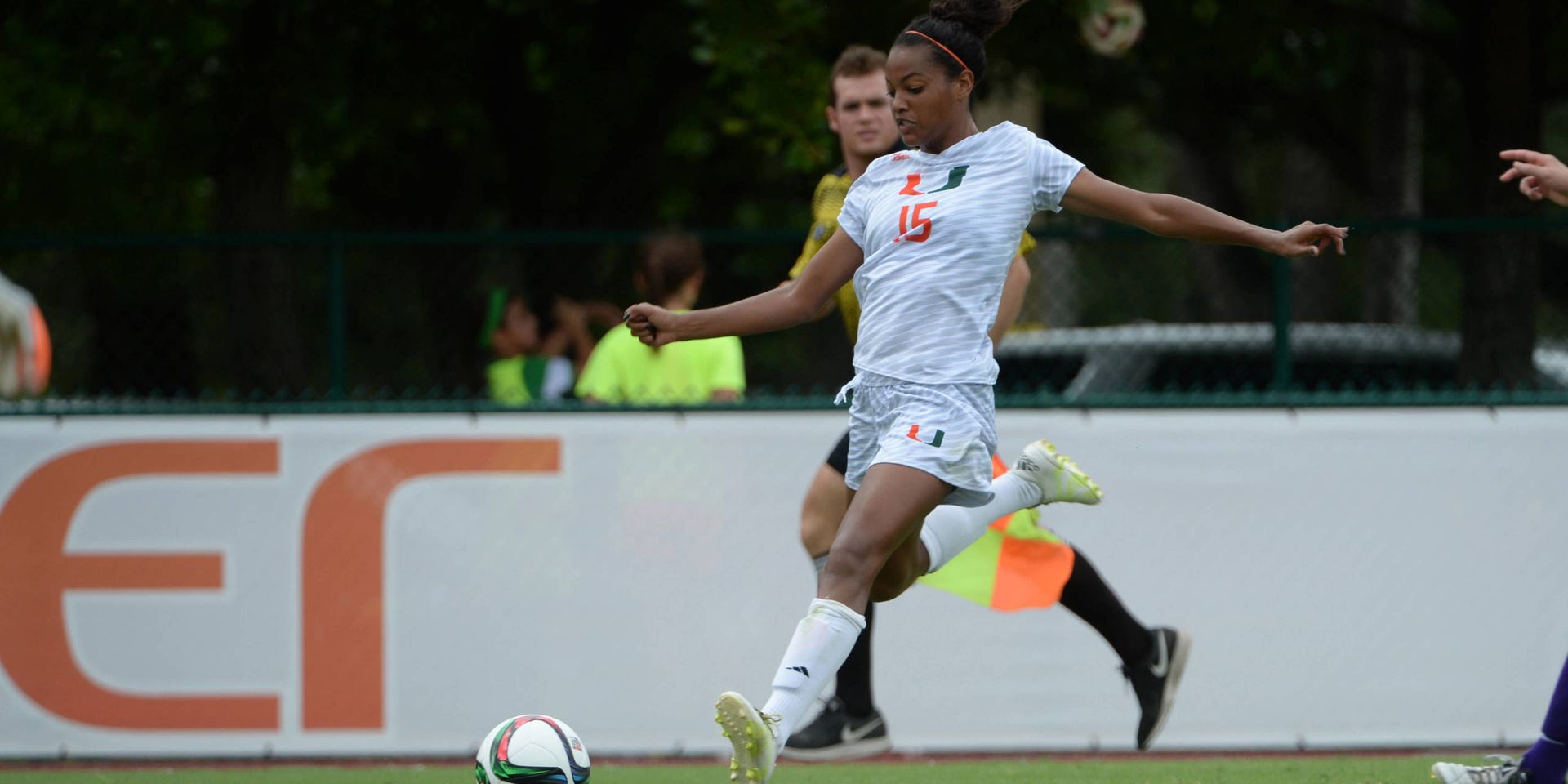 BLACKSBURG, Va. – The University of Miami soccer team dropped a 3-0 decision on the road at No. 12/7 Virginia Tech Saturday night.

Sophomore forward Alani Johnson netted a brace for the Hokies, scoring one goal in each half at Thompson Field.

“This was a very disappointing loss. We didn’t help ourselves going down two goals in the first half,” Miami head coach Mary-Frances Monroe said. “We were the better team in the second half, but didn’t finish our chances. Going from one shot in the first half to nine shots in the second, we were putting pressure on V-Tech, but at the end of the day, they finished their dangerous chances.”

Virginia Tech (13-2-1, 5-2-0 ACC) opened the scoring in the sixth minute with a goal by midfielder Candace Cephers. The junior’s tally deflected off a Hurricane defender and went by Miami redshirt sophomore goalkeeper Catalina Perez. Sophomore midfielder Madi Conyers earned an assist on the play.

In the 34th minute, Johnson scored her first goal of the match after receiving a long ball from senior defender Jordan Coburn, who earned her team-leading seventh assist of the year. Johnson got the ball, cut back and put it past Perez near post to make it 2-0.

That would be the score for the next 50-plus minutes, as it was not until the 87th minute that the Hokies put the match out of reach.

A shot by Virginia Tech junior midfielder Bria Dixon was saved and the rebound was sent into the back of the net by Johnson to give the Hokies a three-goal edge. Dixon was credited with an assist on the goal.

Ainsly Wolfinbarger, a freshman midfielder who had started the past nine matches for Miami, a stretch during which the team was 5-4, missed the contest against the Hokies due to injury. Additionally, senior forward Jasmine Paterson made her first start of the season, earning the nod on the back line in this case. She played all 90 minutes and was one of 10 Hurricanes to play at least 84 minutes in the match.

Junior forward Gracie Lachowecki, the two-time reigning ACC Offensive Player of the Week, led all players with four shots on goal and tied for the lead with four shot attempts. The match was the first the Hurricanes had played in nearly a month that was not decided by one goal, the last coming Sept. 18 at Wake Forest.