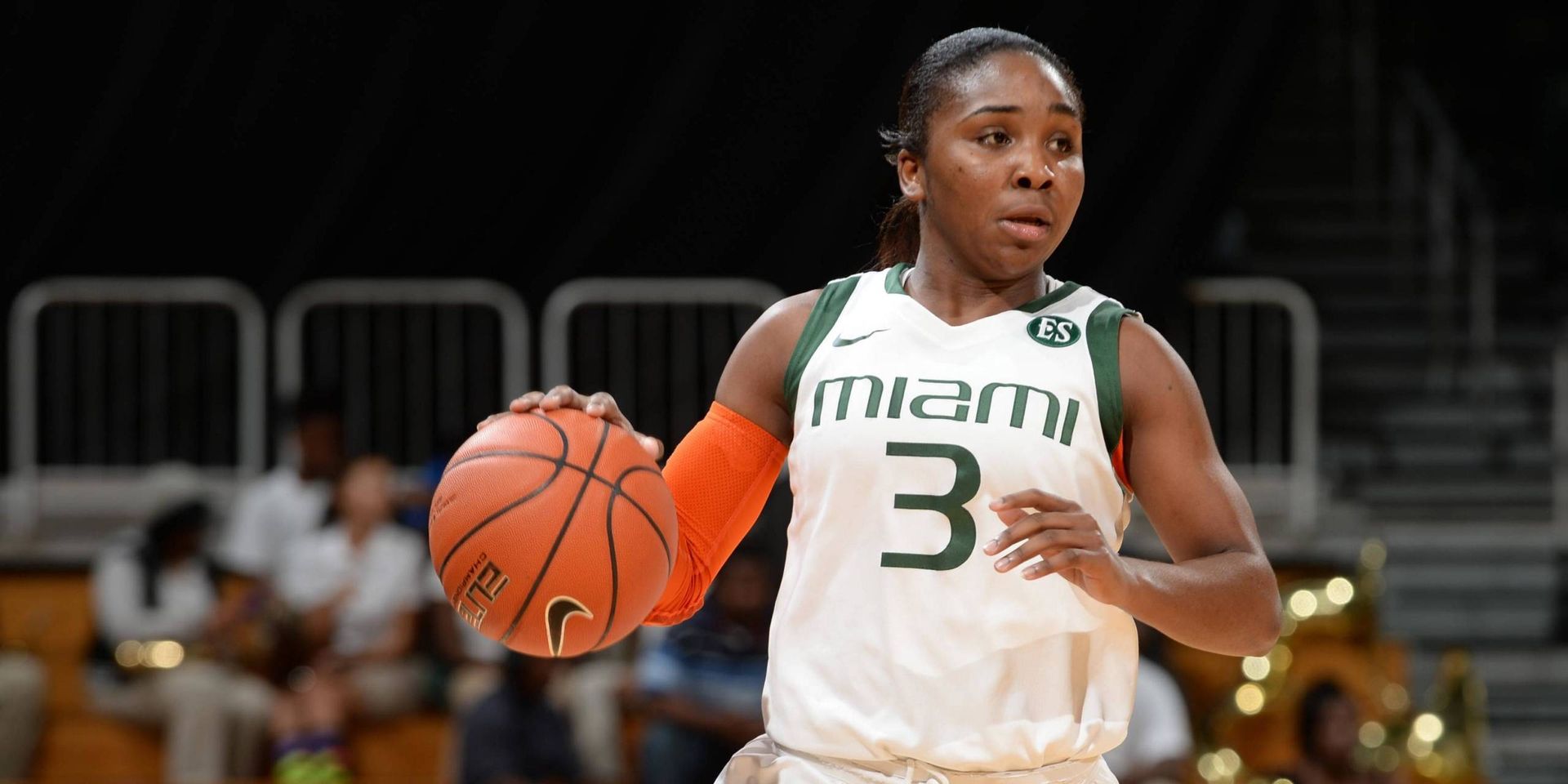 TALLAHASSEE, Fla. – Facing a team with a top 15 ranking on the road for the third time in the last 22 days, the University of Miami fell 80-60 at No. 9/8 Florida State’s Donald L. Tucker Civic Center Sunday afternoon.

The first 26 minutes of the contest were very much back and forth, with the Hurricanes hanging tight against one of the nation’s top teams.

“Well, they’re great and I think 80 points there at the end, I don’t think it was really 80 [in how the game went], but we went for the win. That’s what we’re going to do,” Miami head coach Katie Meier said. “So, I don’t care what the final score says, I know that we feel better about the way we played today than we felt in Thursday’s win.”

A pair of seniors and a pair of sophomores led the way for the Hurricanes in the first half. To open the contest it was redshirt senior forward Jassany Williams who was hot.

Williams scored eight of Miami’s first 21 points, with three coming on jump shots. Her eight points in the opening 13 and a half minutes were more than the defensive stalwart had in all but one full ACC game this season.

Williams’ eight points at halftime tied for the Miami (16-7, 6-4 ACC) lead along with sophomore guard Adrienne Motley, who also dished out four assists in the opening 20 minutes. The sixth leading scorer in the ACC, Motley displayed her usual impressive jump shooting ability.

Senior forward Suriya McGuire had five points in the opening 20 minutes, while sophomore guard Jessica Thomas had seven. It was a three-pointer by Thomas with 34 seconds left in the first half that capped a 9-3 Miami to close the frame.

The late surge over the last three and a half minutes of the opening session cut Miami’s deficit to five, 38-33, entering the locker room.

“That was just a really smart, mature adjustment run by my team,” Meier said. “That was fun because we need that. We’ve gone on runs before because we’ve stolen the ball and ran and hit big threes or whatever [the case may be]. That run was defensive grind-out, offensive mismatch, kids recognizing what we wanted, going to the right player who was in foul trouble. It was high level. So that was really great for this particular team. Lot of young kids that were in during that run, a lot of young kids, and they were making smart plays and smart adjustments and nodding their heads and understanding what we wanted in this environment. So, that was great.”

The Hurricanes opened the second half as strong as the closed the first, continuing to chip away at the Florida State (22-2, 9-1 ACC) lead. Miami trimmed it to one, 40-39, with 14:35 and held the Seminoles without a point for over five straight minutes.

Florida State held strong though, showing why it is ranked in the top 10 in the country, and quickly countered to create some distance. Miami was unable to get it back to a one possession game and the Seminoles went on to win 80-60 .

Florida State, the fourth-best offensive rebounding team in the country, grabbed 24 boards on the offensive end and that was much of the difference in the game.

Miami freshman forward Khaila Prather had a strong game on the glass for Miami though, setting a new career best with 10 rebounds to lead the team.

“So fun, I’m so excited for her. She was just relentless on the glass and didn’t get in foul trouble,” Meier said of Prather’s showing. “Erykah [Davenport] and Jazz [Williams] getting in foul trouble, I think there in the second half really, really limited our options. Their rebounding numbers were impressive to begin with, but then we had both centers sitting there and we went small and we did what could, but KP rose up. She was great.”

Three Hurricanes finished with double digits in the scoring column, led by Jessica Thomas and Adrienne Motley, who both had 14. Jassany Williams added 10 points for Miami.

Miami will be back in action Thursday, Feb. 12 against Syracuse. The Hurricanes will meet the No. 25 Orange at 7:00 p.m. from the Carrier Dome in Syracuse, N.Y.