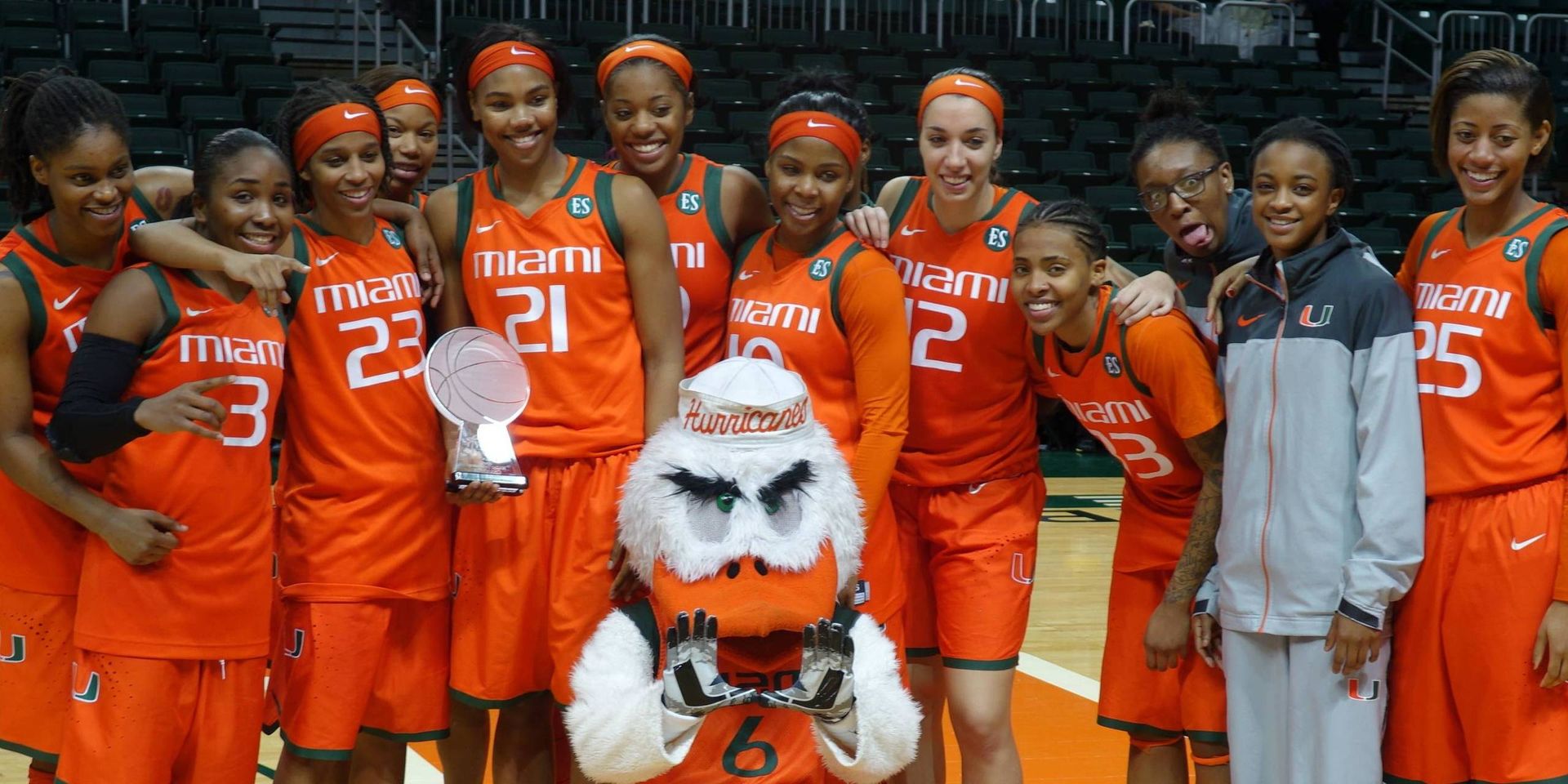 CORAL GABLES, Fla. – If the long layoff helped cause a sluggish start for the University of Miami in Sunday’s Miami Holiday Tournament opener, maybe it was the quick turnaround for Monday’s championship game that had the Hurricanes off to a hot start.

After just over 24 hours of rest, Miami jumped out to a 30-12 lead on LSU in the first eight and a half minutes of the Miami Holiday Tournament championship game. The Hurricanes immediately grabbed control of the affair in what would become a 76-71 victory to win the tournament.

“We were very, very good to start the game today,” Miami head coach Katie Meier said. “I am sure it shocked LSU, because frankly, I was a little bit shocked at how crisp we were.”

The Hurricanes shot 12-of-18 (66.7 percent) in the opening eight and a half minutes, including 4-of-6 (66.7 percent) from three-point range. Four different Hurricanes had at least five points at that early juncture of the game.

Additionally, Miami (10-3) forced eight turnovers in the opening eight and a half minutes, all off steals, and they led to 12 points.  Sophomore guard Jessica Thomas recorded three steals in the first six minutes alone.

Meanwhile, Miami turned it over just twice in that same opening stretch and they did not result in any points for LSU (6-6).

The Hurricanes did not waver throughout the rest of the half, as their lead remained at, at least a dozen. Miami led 46-30 at the break and eight players had between four and eight points in a balanced attack.

Freshman forward Laura Quevedo led the way with eight points, while senior forward Necole Sterling and redshirt freshman guard Nigia Greene both had seven. The Hurricanes outscored LSU 22-4 in the paint in the first 20 minutes and led 22-6 in rebounding.

“We challenged our posts. I thought FAMU showed us a weakness yesterday,” Meier said. “They gave us a lesson, came in hard and had great size. The game before, we were showed that we had to fix something and we had 24 hours to do it. I couldn’t be more proud of our posts. When Jazz [Williams] got those two quick fouls, I thought we were in trouble. I know she is veteran and she is going to make those plays, but thanks to Erykah Davenport and Khaila Prather—what a game by Khaila—and then Necole and Laura’s post defense.”

At the start of the second half, things began to change. The Lady Tigers came out of the locker room strong, scoring the first 14 points to cut their deficit to two. That would then turn into a 21-3 run to give LSU a 51-49 advantage.

However, after conceding the lead for the first time all game, the Hurricanes would not cave. LSU’s lead never went higher than two and the score seesawed for much of the second half.

“You have a choice as a coach to yell at your team and tell them they’re blowing the lead, today I decided to tell them to think forward and be positive,” Meier said. “ . . . I said, ‘We still have another run left in us. Let’s go on a run and get a little cushion and we will be fine.’”

Meier was right. With 6:53 to play, Necole Sterling connected on her third three-pointer to put Miami up 63-60 and help the Hurricanes gain some momentum. Sophomore guard Adrienne Motley made four free throws in the next two-plus minutes to put Miami up by seven and Miami continued to hold strong for the 76-71 win.

“What happened after [the LSU run] was amazing and that’s what I’d like to focus on,” Meier said. “I think that was an amazing, resilient response.”

Necole Sterling had 15 points and was selected to the all-tournament team. Senior guard Suriya McGuire added 10 points, while Jessica Thomas chipped in with nine.

The next time Miami takes the court it will be in ACC play. The Hurricanes face Boston College Sunday, Jan. 4 at 1:00 p.m. at the BankUnited Center.