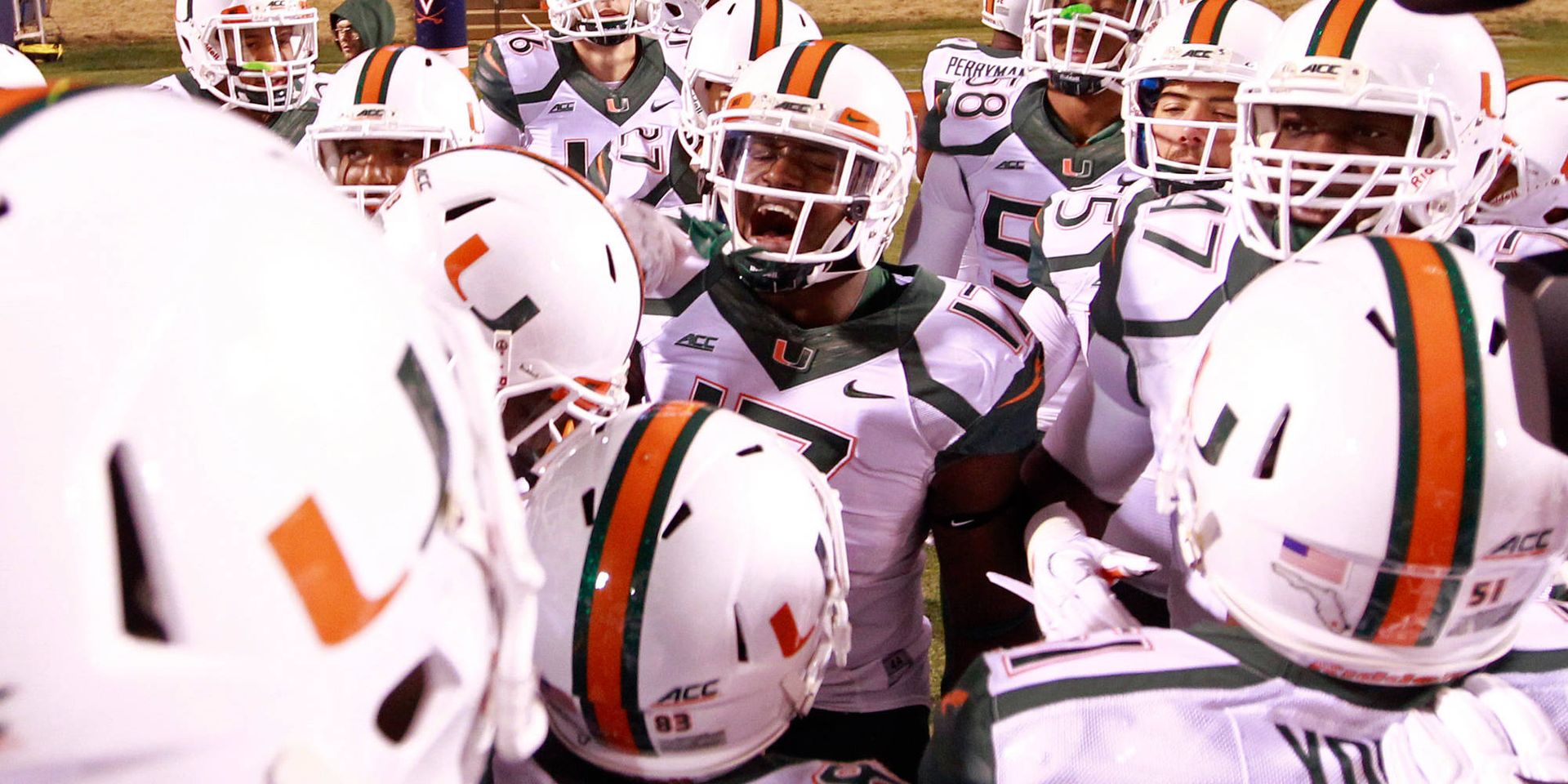 CHARLOTTESVILLE, Va. (AP) – Canaan Severin made a spectacular touchdown catch and Virginia dominated after halftime and kept its bowl hopes alive for one more week, beating Miami 30-7 in its home finale on Saturday night.

Darius Jennings and Khalek Shepherd ran for touchdowns and Ian Frye kicked three field goals for the Cavaliers (5-6, 3-4 Atlantic Coast Conference), who ended a four-game losing streak and play at rival Virginia Tech next Friday night. The Cavaliers will need to snap a 10-game losing streak in the series with the Hokies to make their first bowl since 2011.

The Hokies, 6-3 double overtime losers at Wake Forest on Saturday, also need to win to reach the postseason, and will come into the game protecting a 21-year streak of ending seasons in bowl games.

The loss was the second in a row for the Hurricanes (6-5, 3-4), who looked like they had a hard time putting the first one behind them. They led No. 1 Florida State until the final minutes last week and struggled against Virginia’s stout defense.

Miami also had a somber moment late in the third quarter when wide receiver Herb Waters went down on a kickoff return and didn’t get up. He was eventually carted off the field, but was moving his extremities.

The Cavaliers started Senior Night by introducing 34 fourth- and fifth-year players, and with designs on improving embattled coach Mike London’s chances of returning next season. London took Virginia to an 8-5 record and the Chick-fil-A Bowl in 2011, but they had won only 10 of 34 games the last three years.

Virginia took control late in the third quarter with a 10-play drive. It originally stalled at the 2, but Miami was called for running into the kicker on a field goal try, giving Virginia a first down. Three plays later, Jennings took a jet sweep going right and overran cornerback Artie Burns to score.

Waters was hurt on the ensuing kickoff, and Miami floundered after the lengthy delay. It lost 13 yards on the next three plays, the last a sack of Brad Kaaya by Max Valles that was very nearly a safety.

Shepherd’s 17-yard punt return set the Cavaliers up at the 24, and Frye’s 22-yard field goal seven plays later made it 23-7. The Cavaliers sealed it when Quin Blanding intercepted Kaaya and Shepherd scored from the 4 to make it 30-7.