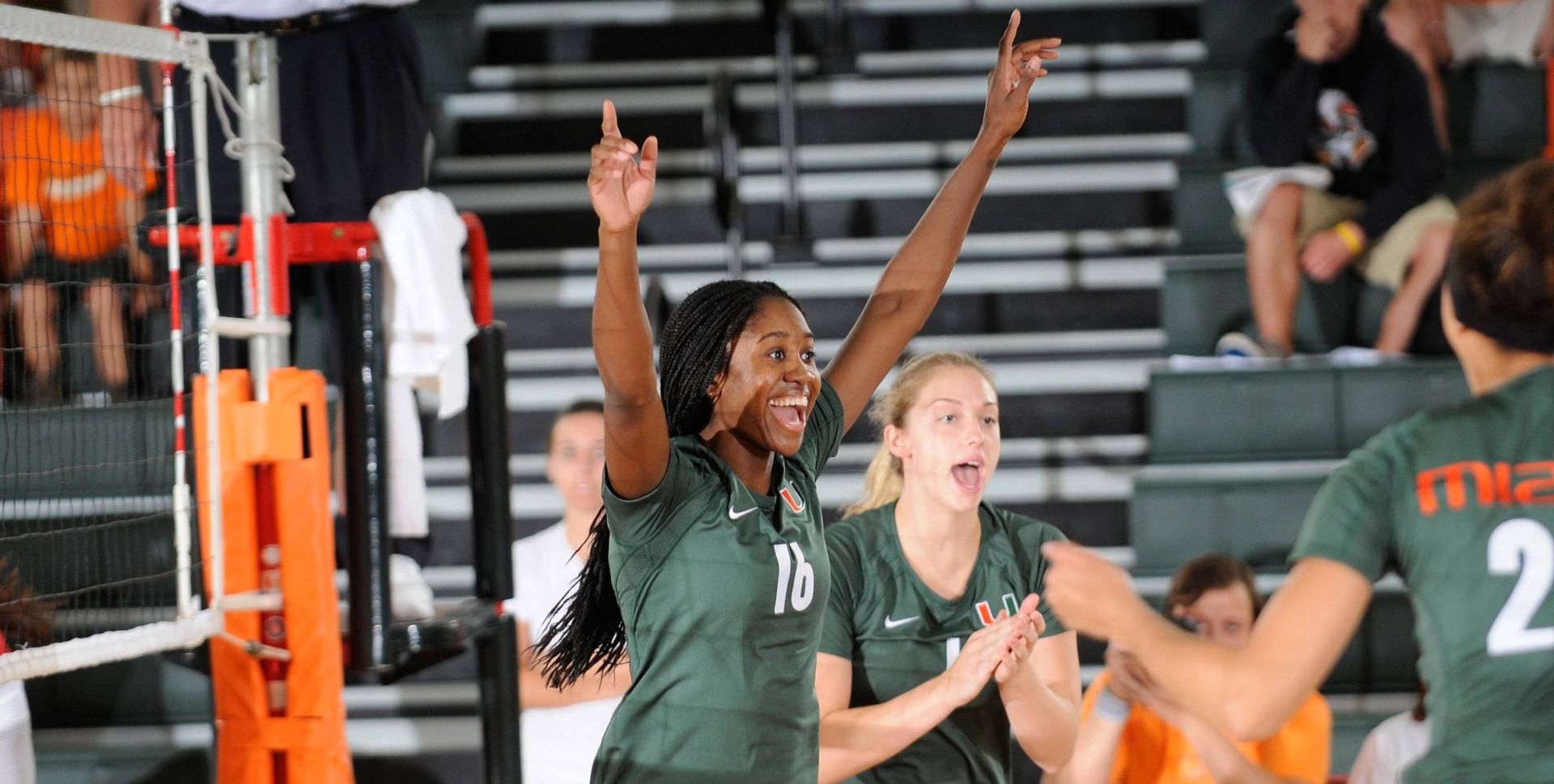 SAN FRANCISCO – The University of Miami volleyball team won both of its matches Saturday at the Bay Area Challenge, defeating Long Beach State in five sets and beating San Francisco in three sets.

The Canes got off to a fast start in their first match, taking the first set 25-21. But Long Beach State battled back to even the match, winning the second set 25-19.

The 49ers battled from behind to take the third set and put Miami in a tough spot, but the Canes rallied to win the fourth set and even the match at two sets apiece.

Miami finished off the victory by taking the fifth and final set, 17-15, to clinch their third win of the season.

The Hurricanes’ attack had four hitters who reached double-digit kills, with junior Savanah Leaf leading all Canes with 18. Junior Emani Sims had 17, senior Alex Johnson added 15 and junior Alexis Mourning collected 12 kills to round out the quartet. Johnson, who also had 15 digs, notched her third double-double on the season.

Miami returned to the court on Saturday, facing the host San Francisco Dons.

The Canes took the first set 25-22 and secured the second set 25-17 before finishing off the match with a 25-22 victory in the third set. Miami improves to 4-1 on the season. The Hurricanes are a perfect 4-0 on the season in tournaments.

Savanah Leaf led the Canes in kills for the second consecutive game. The junior tallied 15 kills to go with nine digs in the match against the Dons. Junior Emani Sims added 10 kills and 10 digs to register a double-double.

Sophomore setter Caitilin Donahoe followed her 64-assist performance against Long Beach State with a 41 assist game against San Francisco to raise her tally on the day to 105.

The Hurricanes are back in action Friday, Sept. 13 in the first game of a two-game set against LSU. Friday’s match begins at 7 p.m. while Saturday’s contest is scheduled for 5:30 p.m. at the Knight Sports Complex.