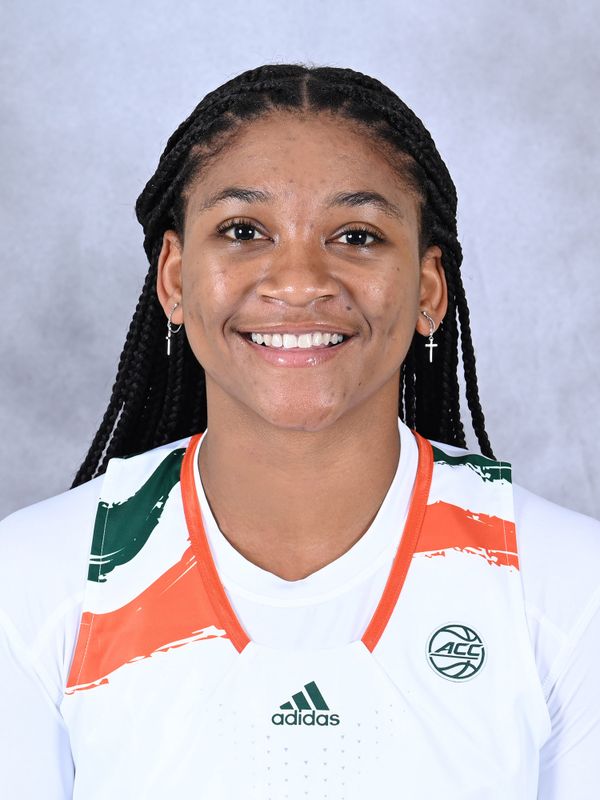 As a Freshman (2021-22): Saw action in 28 games as a freshman… Averaged 1.9 points and 1.5 rebounds per game, while averaging 8.0 minutes of action…Recorded a bucket in 11 games…Totaled seven rebounds at Clemson (1/13), setting a new career high in boards…Tallied the first double-digit outing of her career with 10 points against Pittsburgh (2/17)…Posted five multi-steal games, including a career-best four steals at Virginia (2/15).

Personal: Born Jan. 1, 2003…Parents are Monica and Julian…Cousin, Courtney Williams, plays in the WNBA, most recently for the Atlanta Dream…Cousin, Shaneese Bailey, played at Miami from 2016-18…Cousins, Chris Milton and Champ Bailey, played in the NFL for the New York Giants and Denver Broncos, respectively…Four sisters and one brother…Committed to Miami over offers from Virginia Tech, Temple, Seton Hall, Arkansas, North Florida, Florida International University, and University of North Carolina-Wilmington…Chose Miami after falling in love with the campus, coaching staff, culture, and the program…Enjoys going to the beach, spending time with friends, jet skiing, and riding her scooter…Majoring in Broadcast Journalism.