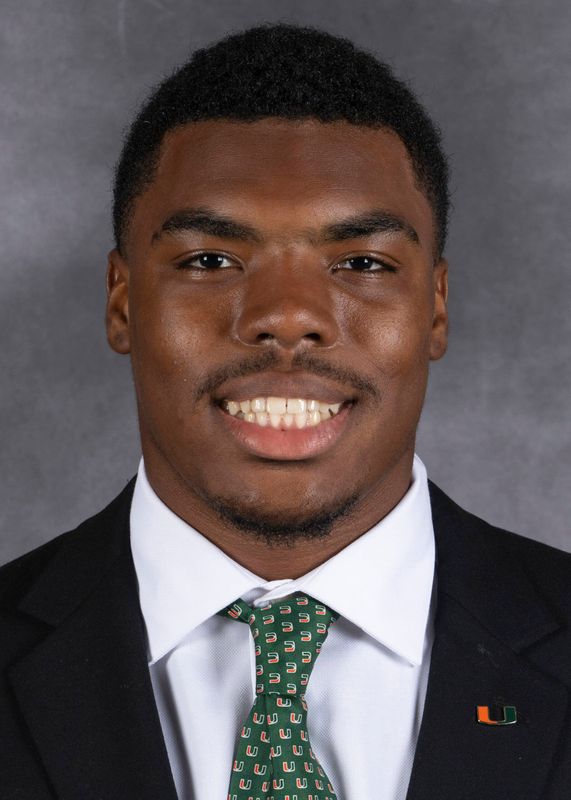 High School: Consensus four-star prospect by all major scouting services, ranked among top running backs nationwide…Selected to play in 2022 All-American Bowl…Ranked No. 59 overall player and No. 2 running back in high school class by Rivals…Rated No. 7 player in state of Louisiana by Rivals…Checked in as No. 98 player in 247Sports Composite Rankings…Ranked No. 124 player, No. 8 running back and No. 9 player in state by 247Sports…Ranked No. 144 player in nation and No. 11 player at position in ESPN300…Finished with 743 yards and 11 touchdowns in final year of high school…Helped lead Lake Charles to 10-1 record as junior, guiding team to Class 3A semifinals…Finished with 615 rushing yards and eight rushing touchdowns in 2020 season…Competed in track & field in high school, clocking time of 11.33 seconds in 100-meter dash…Picked Miami over offers from Auburn, LSU, Michigan, Ole Miss, Penn State and USC, among others.