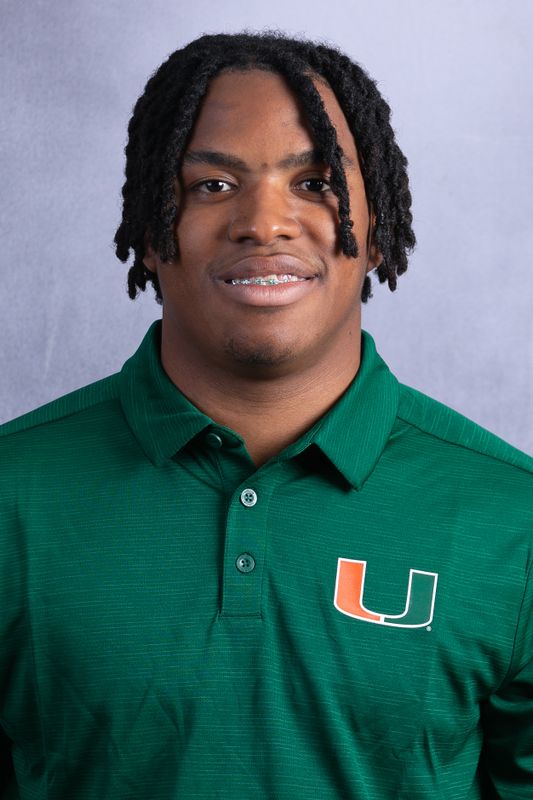 High School: A consensus three-star prospect by 247Sports, ESPN and Rivals…Ranked the No. 21 tight end in the country by ESPN…Rated the No. 33 tight end nationally and the No. 79 player in Florida by 247Sports…Listed as the No. 95 player in Florida by Rivals…As a junior, caught 28 passes for 626 yards and eight touchdowns…Helped Miami Northwestern win Florida Class 5A stat championships in 2017, 2018 and 2019…High school teammate of fellow #2rings1chain signees Romello Brinson and Kamren Kinchens…Chose Miami over offers from Indiana, Kentucky, Maryland, Missouri, Ole Miss, Oregon, Pitt, Syracuse, Tennessee, Utah and West Virginia, among others.