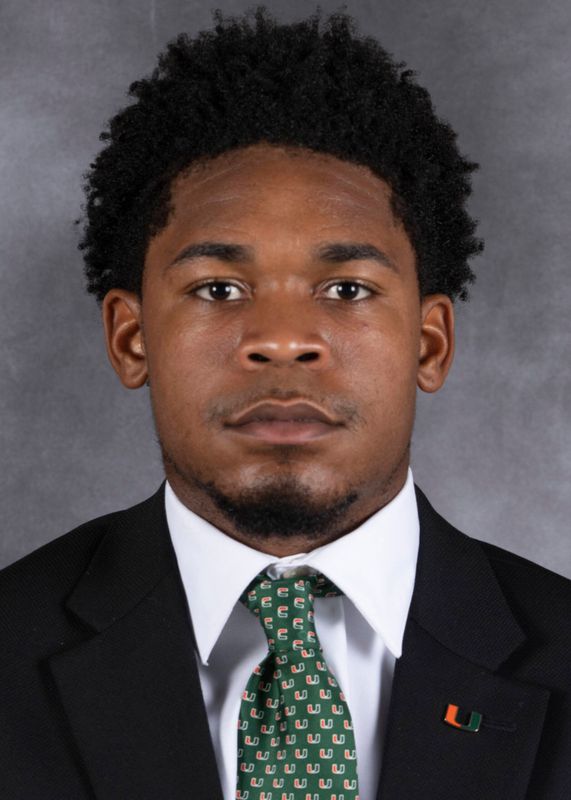 2022 (Third-Year Sophomore): Started the season off with one tackle against MTSU (Sept. 24)…

High School: Consensus four-star prospect by 247Sports, ESPN and Rivals…Rated No. 21 cornerback nationwide in 247Sports Composite Rankings…Earned No. 26 cornerback ranking and No. 333 overall player ranking nationwide from 247Sports…Ranked No. 31 cornerback by ESPN and No. 32 cornerback by Rivals…Scored 10 touchdowns on offense and recorded three interceptions during final season at Tucker…Named to all-county team by Atlanta Journal-Constitution for DeKalb County in final season…Chose Miami over offers from Florida State, Louisville, Nebraska, South Carolina and Texas, among others.