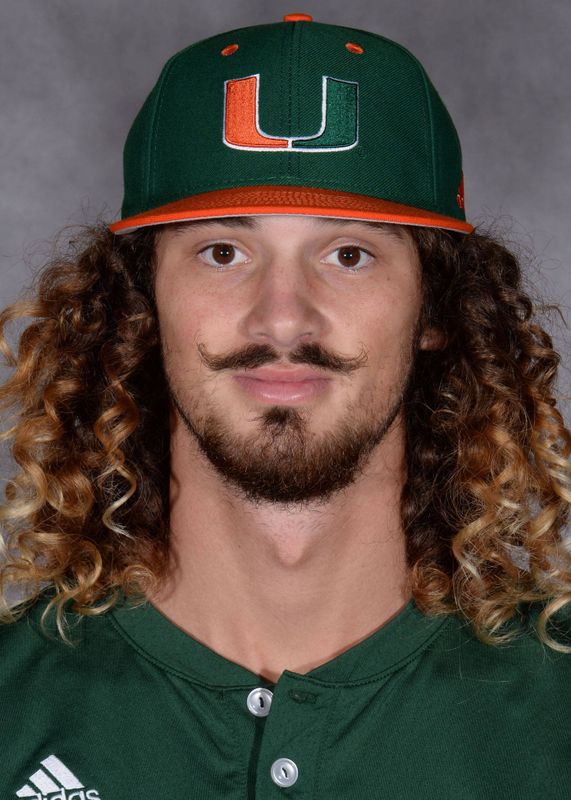 Senior (2018): Saw action in 39 games with 33 starts in final season…Batted .216 with two doubles, one triple and 15 RBI…Made several highlight-reel defensive catches over course of season…Posted six multi-hit games and two multi-RBI games…Totaled six hits and had three straight two-hit games in team’s series with Notre Dame (March 9-10)…Batted .545 against Fighting Irish…Went 3-for-3 in series finale at Duke (March 18)…Finished 2-for-4 against Virginia (March 23)…Scored one run in three straight games against North Carolina (April 6-8)…Finished with two RBI in come-from-behind win at Clemson (April 13)…Went 1-for-4 with one run scored at Florida State (May 29)…Had two RBI in series with Bethune-Cookman (May 4-6)…Went 1-for-3 with one RBI in win at Virginia Tech (May 11)…Drew one walk in ACC Championship opener against Notre Dame (May 22) in Durham, N.C.

Junior (2017): Saw action in 35 games and made 30 starts in first season…Batted .212 with three home runs and 17 RBI…Had five multi-hit games and four multi-RBI games…Started and made Miami debut in season opener against Rutgers (Feb. 17)…Had first hit of career and scored first run in Game 2 vs. Scarlet Knighs (Feb. 18)…Went 2-for-3 with one walk against Dartmouth (March 5)…Drove in first run of career against St. Thomas (April 5) after entering as pinch hitter…Scored two runs and had one hit against Duke (April 8)…Went 1-for-3 with one run and one RBI in Game 2 vs. Blue Devils (April 9)…Enjoyed breakout weekend against Boston College, leading team with six hits, six RBI and five runs scored…Batted .545 over course of weekend at Pellagrini Diamond….Hit first home run of career in Game 1 against Eagles (April 28)…Exploded for career-high four hits and three runs in Game 2 victory (April 29), including second home run in as many games…Went 2-for-4 with one double and one RBI against UCF (May 10)…Drove in two runs in series finale at Virginia (May 14)…Hit first grand slam of career and went 2-for-6 in ACC Championship opener against Georgia Tech (May 23) in Louisville, Ky.

Before Miami: Spent 2016 season at Northwest Florida State College and led team to state playoffs…Named Florida Junior College Player of the Year and a Junior College All-America first-team selection…All-state selection…Batted .434 with 10 HRs and 59 RBI with 21 stolen bases at NWFSC…Spent 2015 season at Auburn, where he hit two home runs and recorded 10 RBI in 15 starts.

High School/Prep: Four-year letterwinner at Anderson County…Selected in 36th round of 2014 Major League Baseball First-Year Player Draft by Milwaukee…Batted .447 for his high school career with 16 home runs and 252 RBI…His senior year, hit .535 with six home runs and 70 RBI in final two seasons…Rated No. 47 outfielder in the nation and No. 4 overall player in Tennessee by Perfect Game..

Personal: Parents are Keith and Tanya…Father played baseball in college…Intends to major in criminology or sociology.