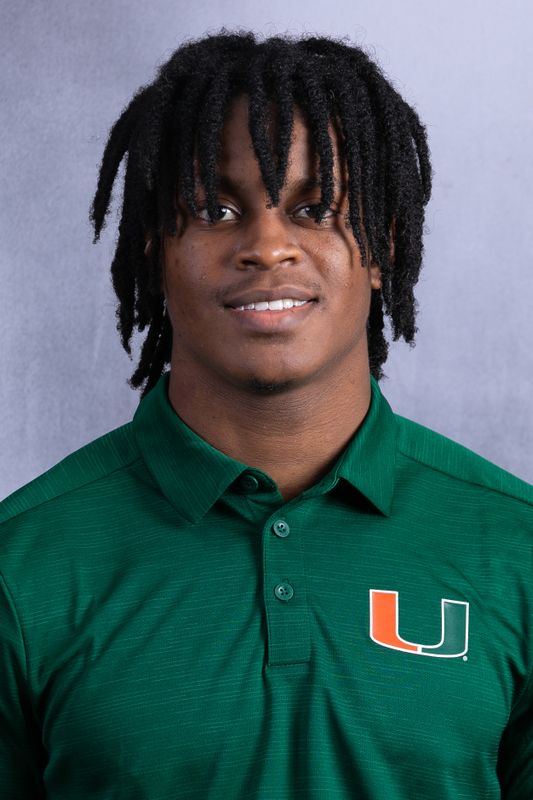 High School: A consensus three-star prospect by 247Sports, ESPN and Rivals…Ranked the No. 46 safety and No. 74 player in Florida by 247 Sports…Rated the No. 77 safety nationally by ESPN…Had 28 tackles (25 solo), two tackles for loss, three interceptions and two forced fumbles as a senior…Helped Miramar medal in the men’s 4x400m relay at the FHSAA state track and field championships…Chose Miami over offers from Indiana, Louisville, Utah, West Virginia, Northern Illinois, Toledo, FAU and FIU, among others.