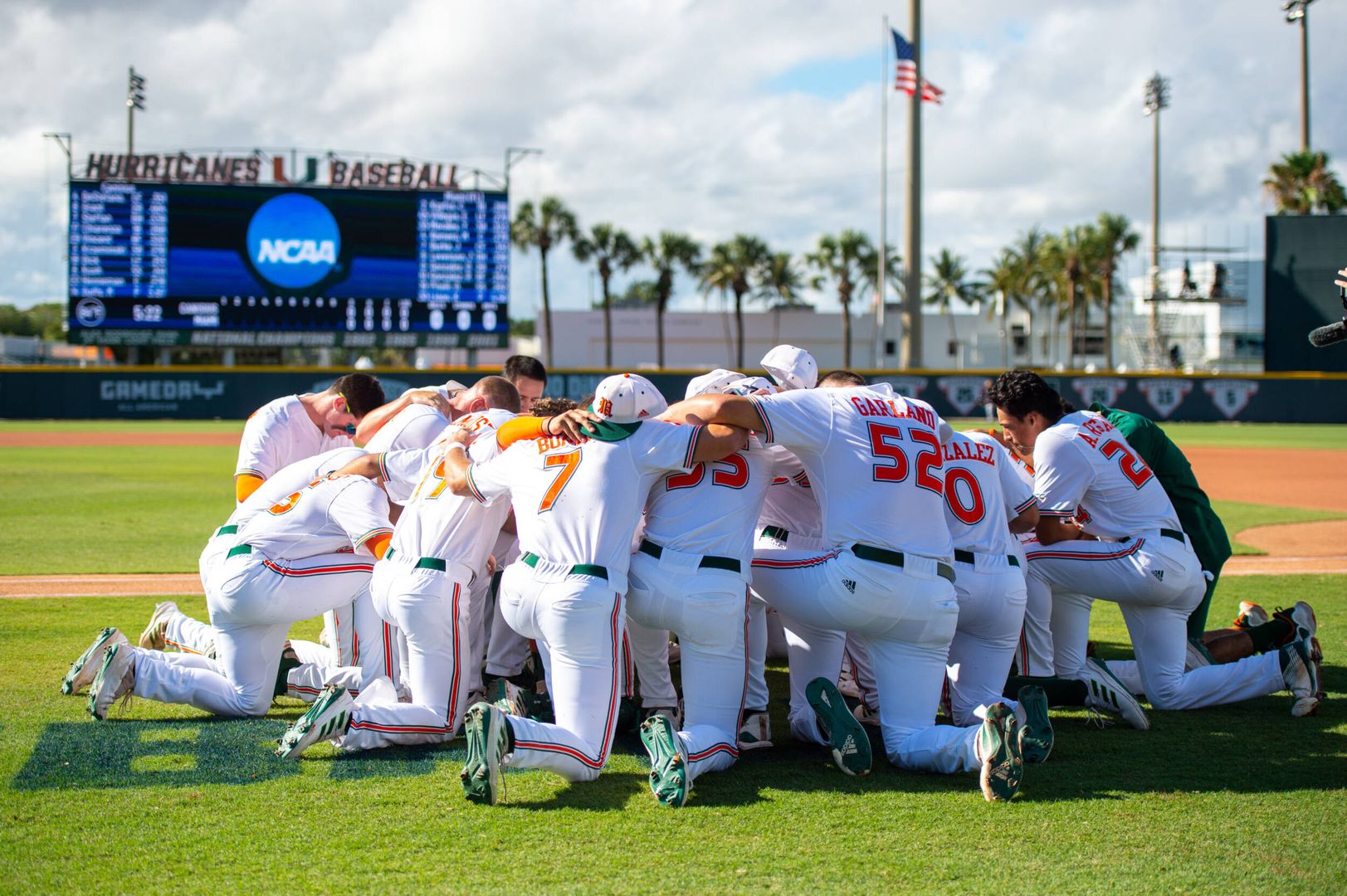 The Hurricanes were previously slotted eighth by Perfect Game and ninth in Collegiate Baseball’s Fabulous 50 NCAA Division I Pre-season Poll.

Miami is one of seven programs from the ACC listed in D1Baseball’s top 25, joining No. 6 Wake Forest, No. 12 North Carolina, No. 14 Virginia Tech, No. 16 Louisville, No. 19 Virginia and No. 21 NC State. The Hurricanes are scheduled to play the other six ranked conference foes during the regular season. 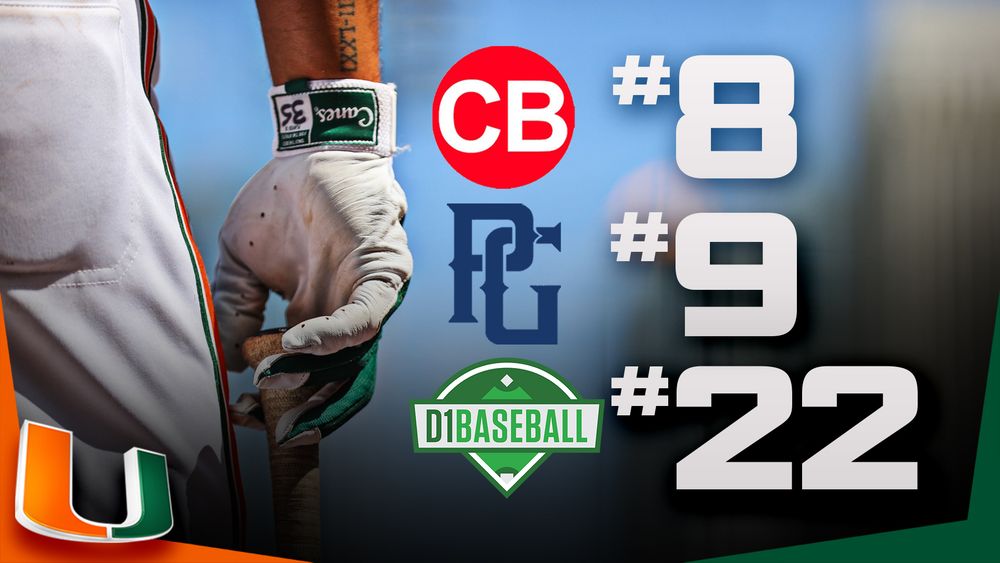 In 2022, Gino DiMare’s squad earned a national seed and hosted a regional for the first time in six years. Miami recorded a 40-20 overall ledger, leading the ACC with 20 conference wins. Following a 14-game winning streak, the Hurricanes climbed 23 spots from their preseason D1Baseball position to No. 2 nationally.

Walters, a unanimous selection, was one of two Miami players named All-Americans.

The Hurricanes bring back 20 letter winners from a year ago and add 15 newcomers, including seven transfers.

Miami opens its 2023 campaign against Penn State on Feb. 17. First pitch is slated for 7 p.m. at Alex Rodriguez Park at Mark Light Field.