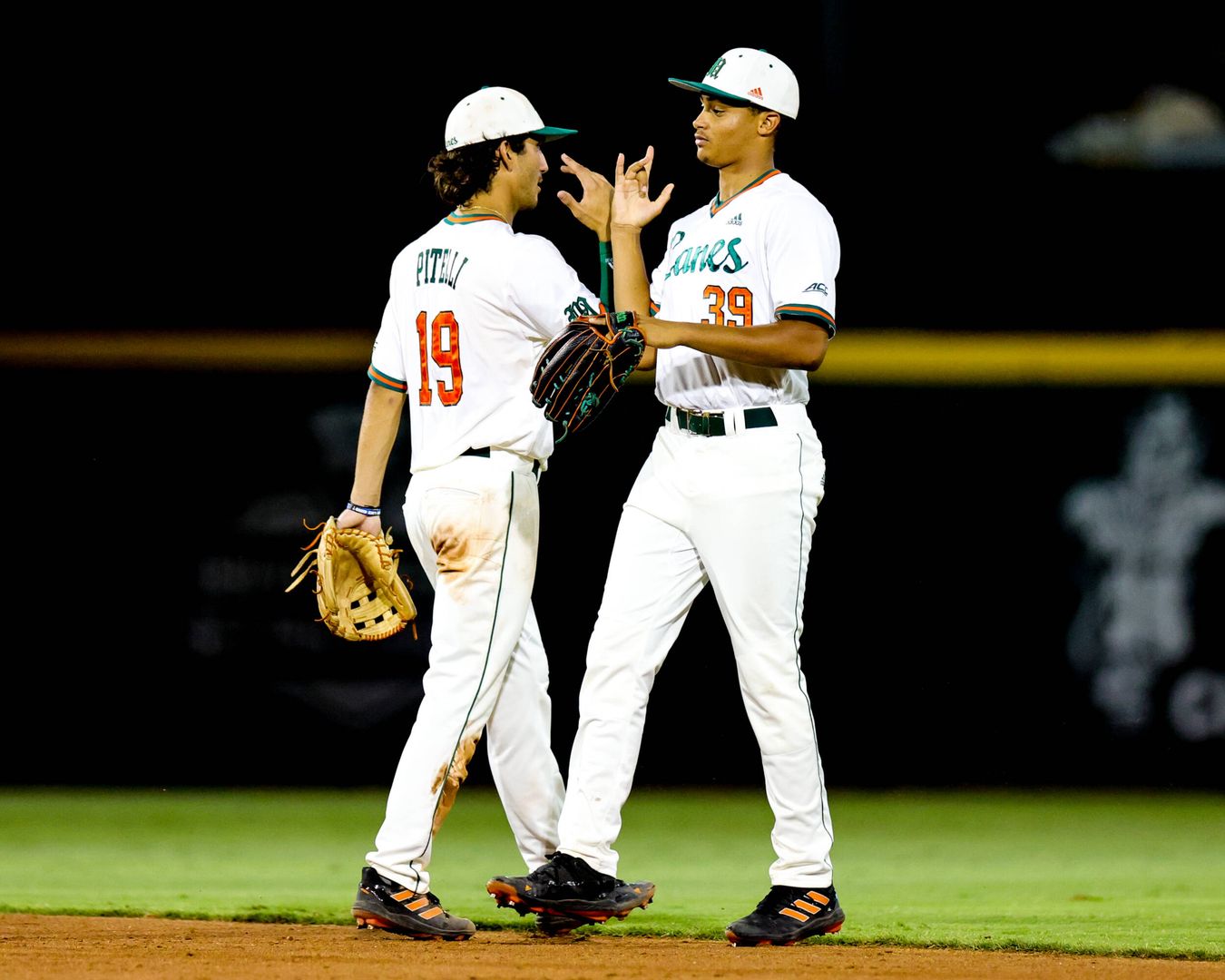 Hurricanes Ranked No. 9 by Perfect Game

CORAL GABLES, Fla. — The University of Miami baseball team garnered another preseason top-10 ranking Wednesday, as the Hurricanes checked in at No. 9, according to Perfect Game.

Gino DiMare’s group will begin the season ranked in the top 10 for the third time in the last four years. The Hurricanes are the lone ACC team to earn a top-10 preseason mark from Perfect Game in three of the last four campaigns, trailing only four-time pick and SEC power Vanderbilt, nationally.

Miami, which was ranked No. 8 in Collegiate Baseball’s Fabulous 50 NCAA Division I Pre-Season Poll, is one of seven ACC programs listed in Perfect Game’s initial top 25 of 2023. The Hurricanes are joined by No. 5 Wake Forest, No. 7 Louisville, No. 13 North Carolina, No. 15 Virginia Tech, No. 19 Virginia and No. 21 NC State to give the ACC the second-most teams in the poll. 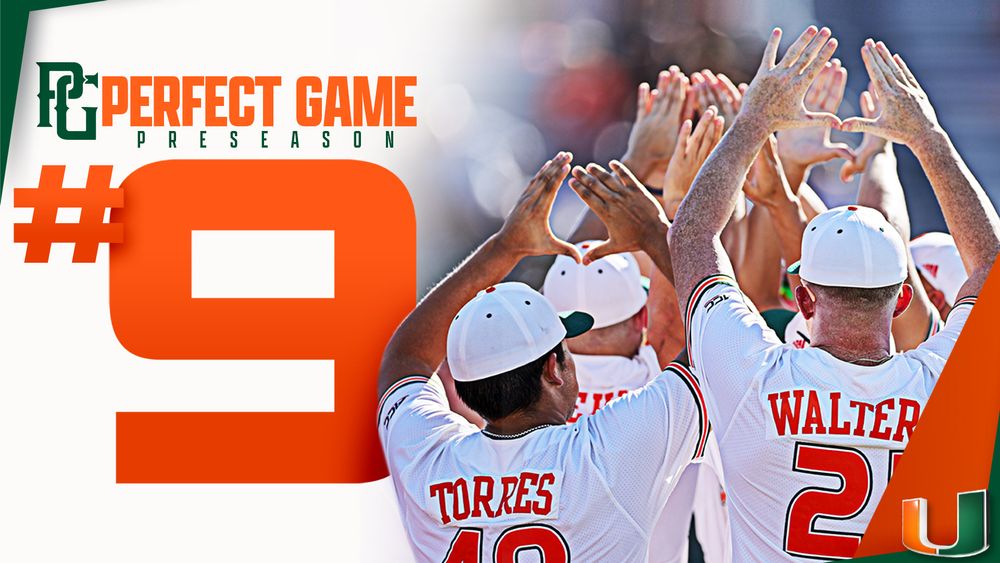 A year ago, Miami received a national seed and hosted a regional for the first time since 2016. The Hurricanes mounted a 40-20 overall record, pacing the ACC with 20 conference victories. Miami climbed to as high as No. 2 nationally and tallied a 14-game winning streak, the school’s longest in eight seasons.

Meanwhile, two Canes were named All-Americans, highlighted by Walters as a unanimous pick.

The Hurricanes start their 2023 slate versus Penn State on Feb. 17. First pitch is set for 7 p.m. at Alex Rodriguez Park at Mark Light Field.