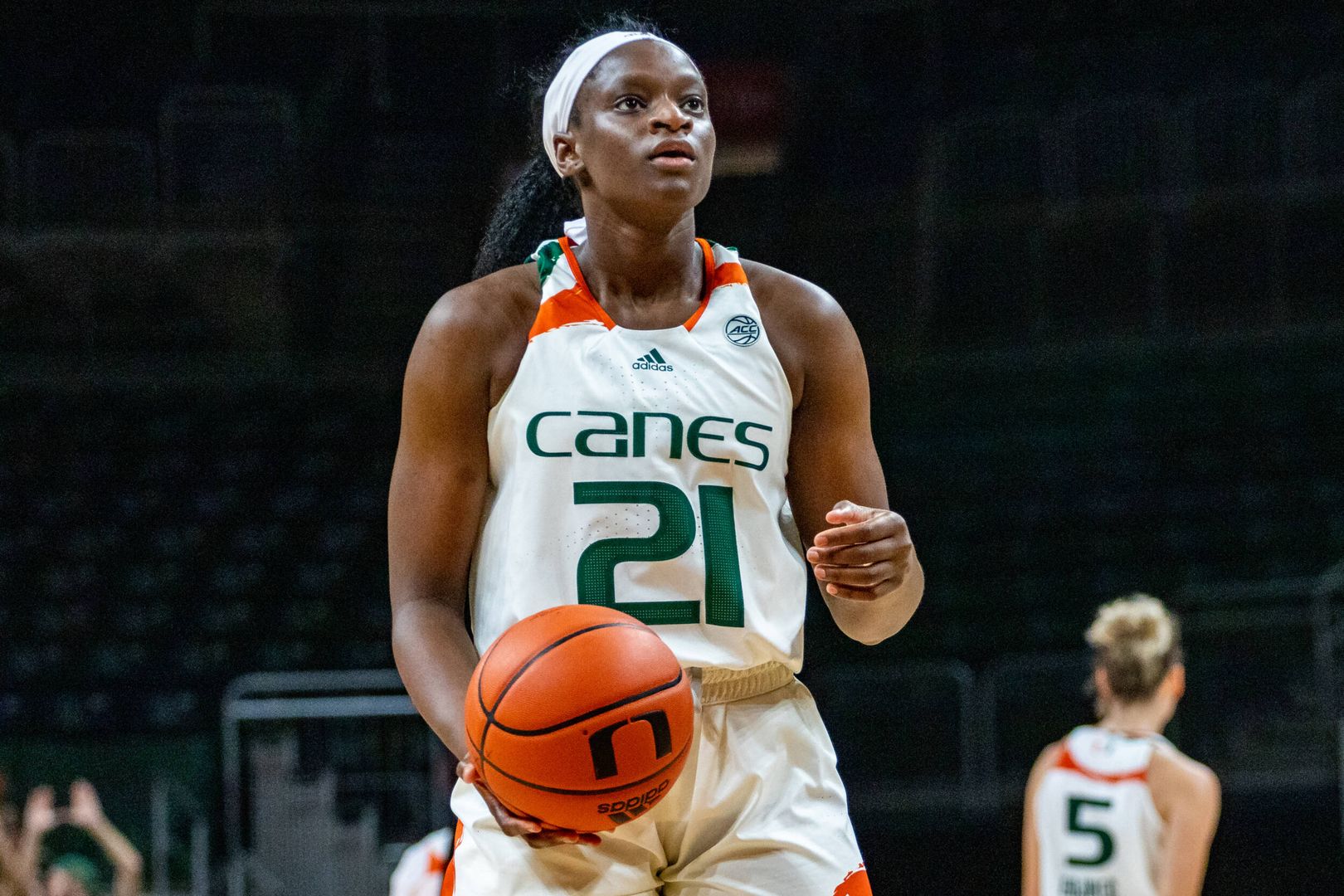 CORAL GABLES, Fla. – The University of Miami women’s basketball team put on a dominant performance in its exhibition game against Barry, defeating the Buccaneers, 88-28, Wednesday night at the Watsco Center.

All eleven Hurricanes who saw action in the game scored, led by senior Lola Pendande who tallied 17 points on 8-of-11 shooting. Graduate student Destiny Harden joined Pendande in double-digits with 11 points, while senior Haley Cavinder and freshman Lazaria Spearman totaled 10 points each.

“During the first half, we were absolutely thrilled with our performance. The numbers kind of look the same, but I thought the first half was so much cleaner,” head coach Katie Meier said. We shared the ball and ran the floor and the defensive intensity was there. In the second half, we had a huge commitment to the glass and had a ridiculous amount of the offensive rebounds. It was a fun start.”

Three Hurricanes – Pendande, Harden and Spearman – were two or less rebounds shy of a double-double. Together, the three forwards combined for 26 of Miami’s 59 rebounds.

Five Miami players recorded two-plus steals, paced by sophomores Lashae Dwyer and Jasmyne Roberts , who each tallied four. Senior Hanna Cavinder led the Hurricanes in assists with six on the evening. As a team, the Hurricanes posted 18 steals and 23 dimes.

“Everybody scored, so that’s great, and I think we shared the minutes really well,” Meier said. “We have some real talent coming off the bench, as well.” 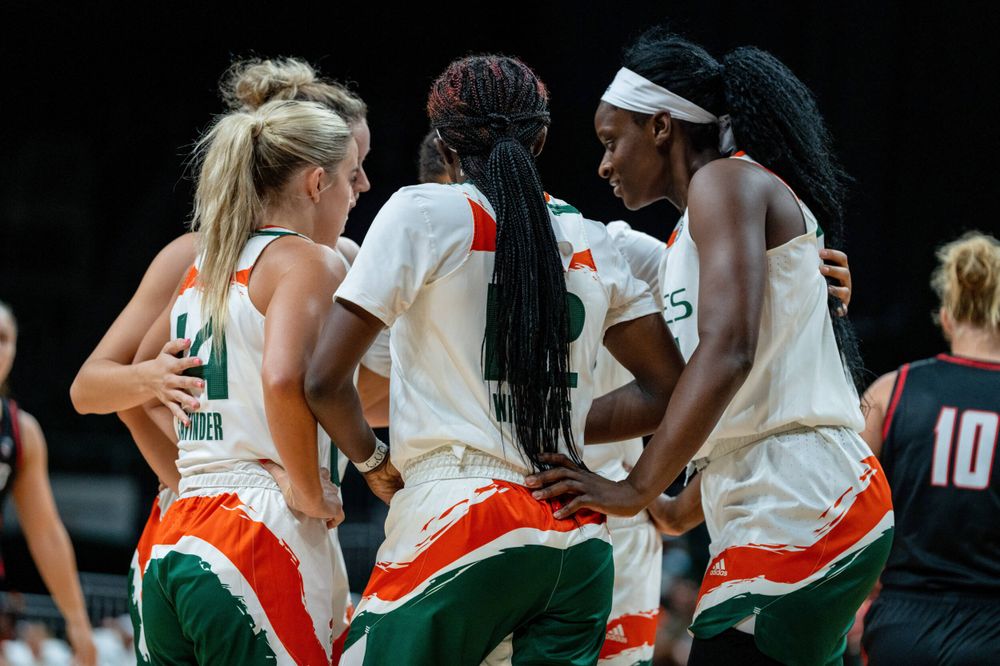 Haley Cavinder opened scoring for the Hurricanes with a 3-pointer just 18 seconds into the game. Pendande then went to work in the first quarter, totaling 10 of her 17 points in the first 10 minutes of action.

Ten Hurricanes were on the board when the halftime buzzer sounded and Miami held a commanding 49-12 lead heading into the locker room. On defense, the Hurricanes forced 18 turnovers in the first half alone, 13 of which were steals.

Miami continued to control the game in the second half, allowing just 16 points in the remaining 20 minutes. Spearman anchored the Hurricanes on both offense and defense in the third quarter, tallying six points and seven rebounds in the frame.

Harden came up big for the Hurricanes in the final quarter, going 4-for-4 from the field to total nine points, while adding five rebounds on defense. Senior Kenza Salgues hit a 3-pointer with 1:39 to play in the game, becoming the 11th Hurricane to record a bucket in the contest.

Miami opens the 2022-23 season on Monday, Nov., 7 when it hosts Maryland Eastern Shore at 4 p.m. The game is slated to air on ACC Network Extra.