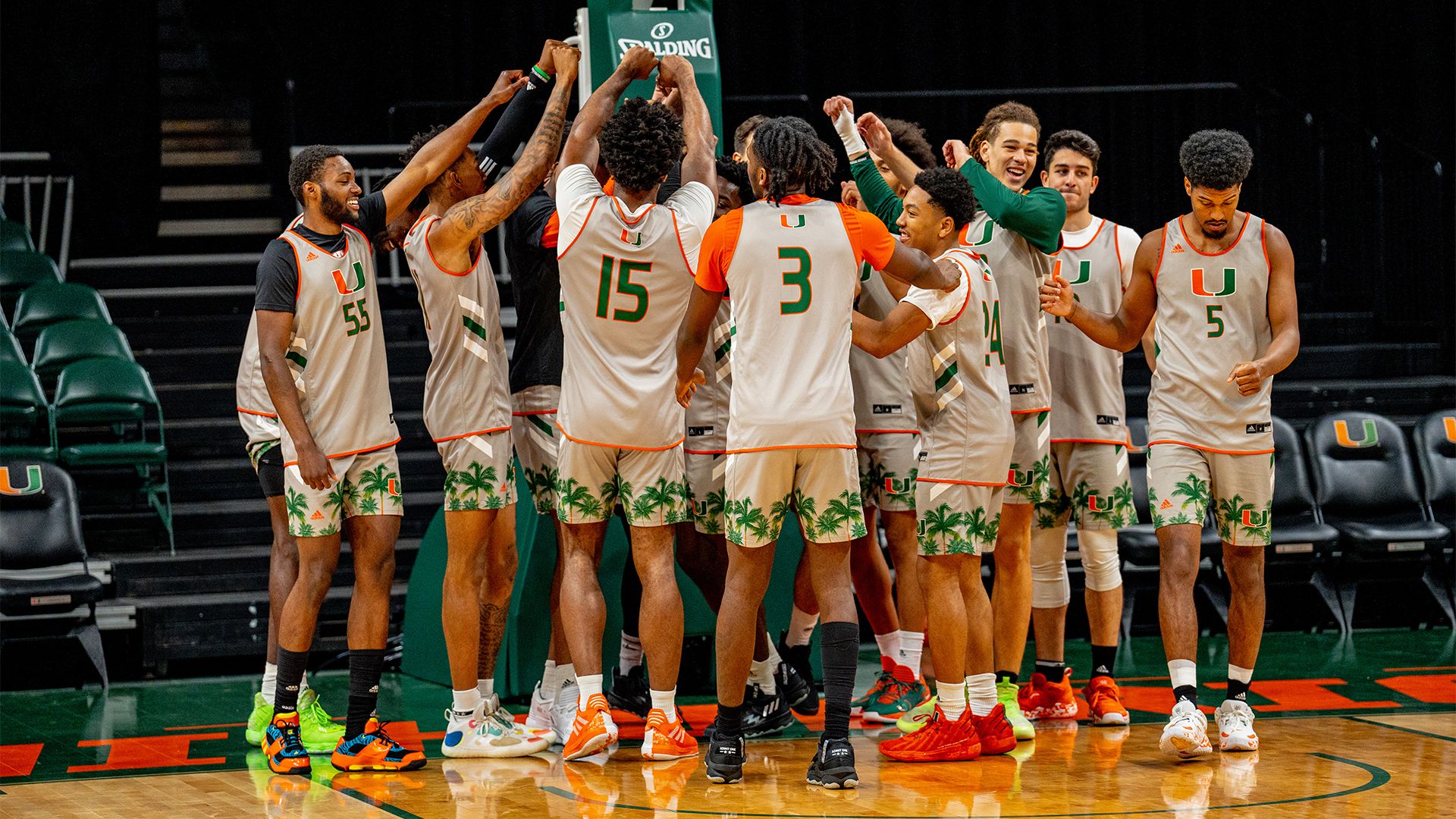 CORAL GABLES, Fla. – It’s a philosophy that has driven Jim Larrañaga throughout his career.

His job, as a coach, is to find the best ways to utilize the strengths of the players on his roster.

When players like Kenny Kadji, Julian Gamble and Reggie Johnson wore orange and green, the Hurricanes were a physical team that excelled on defense. When the starting lineup during his final season at Bowling Green featured no one taller than 6-foot-7, Larrañaga had his team play quick offensively, while scrambling and trapping on defense to make opponents uncomfortable.

That’s why it came as no surprise last year when Larrañaga gathered his staff and together they analyzed the heights, weights and skill sets of the players and teams they’d face during conference play.

The conclusion? If Miami – which wasn’t the biggest team in the ACC by any stretch – wanted to be successful, the Hurricanes would have to adjust and play their own version of small ball.

“The way we felt we could take advantage of our strengths was to spread all that size out on the perimeter,” Larrañaga said.

The strategy worked. In historic fashion.

After some ups and downs during non-conference play, the Hurricanes went on a mid-season stretch that had them win nine straight, including a 76-74 upset of then second-ranked Duke in Durham.

That was later followed by an NCAA Tournament run in which Miami – a 10 seed – knocked off seventh-seeded USC, second-seeded Auburn and No. 11 seed Iowa State.

The Hurricanes, for the first time in school history, advanced to the Elite Eight.

Their season ultimately ended with a 26-11 record and a loss to eventual national champion Kansas. But more than once in March, Miami proved it was a force – and it did so largely by utilizing the speed and quickness Larrañaga and his staff identified in their players months earlier.

Now, with the start of a new season looming, the Hurricanes find themselves with even less height than they had a year ago.

Sam Waardenburg, Deng Gak and Rodney Miller – the three tallest players on the Elite Eight roster – have moved on. And while Miami has added the trio of Favour Aire (6-foot-11), AJ Casey (6-foot-9) and Danilo Jovanovich (6-foot-8), all three are freshmen who Larrañaga knows will need time to adjust to the rigors of ACC play.

So what’s the strategy for the Hurricanes? The veteran coach – who is set to be enshrined in the UM Sports Hall of Fame this coming spring – was blunt.

The Hurricanes may lack the size – limited as it may have been – they had a season ago, but they return third-team All-ACC selection Isaiah Wong, who started 36 of Miami’s 37 games last year and averaged 15.3 points and 4.3 rebounds in the process.

Also back is fifth-year senior guard Jordan Miller, who averaged 10.0 points and 5.9 rebounds, as well as fourth-year forward Anthony Walker, who was one of four Hurricanes to appear in all 37 games last season.

To that mix, the Hurricanes have added freshmen Aire, Casey, Jovanovich and Christian Watson. Also joining Miami this offseason were Nijel Pack and Norchad Omier, both of whom were among the most highly regarded transfers in the nation.

Pack, a third-year sophomore guard who previously played at Kansas State, averaged 17.4 points and was both a first-team All-Big 12 selection and the Big 12 Most Improved Player last season.

All of those players will be called on to step up in Miami’s scheme and both Larrañaga and associate head coach Bill Courtney have confidence they’ll do exactly that.

“The theme of our team will be ‘attack’. We’re going to stay on the attack and that’s on both ends of the floor, but in particular, the offensive end of the floor,” said Courtney, who also serves as Miami’s offensive coordinator. “We don’t have a ton of big guys as it relates to height, but we’re very athletic and we’re very fast…We want to play fast and take advantage of our speed and quickness, while playing smart at the same time. I think it’s something that’s going to be super exciting for us not only as players and coaches, but also for fans to watch. It should be a lot of fun. We have several guys that can put the ball in the basket. And I think you’ll see a balanced team with a lot of scoring, so, it’s been fun so far. It’s a work in progress, but we’re getting there.”

"We’re playing like we believe in ourselves right now."

With the influx of talent and Miami’s returning core of players, expectations are high for the Hurricanes.

Miami was picked to finish fourth in the ACC preseason poll behind only North Carolina, Duke and Virginia. That ties for highest mark in school history along with the predicted finishes in 2017-18 and 2008-09.

And Wong – who is quickly rising up Miami’s all-time scoring list – was named a preseason first-team All-ACC selection for the second consecutive year.

Given what the Hurricanes have already shown they can do when playing small, the recognition isn’t exactly surprising.

Now it’s up to the Hurricanes to build on what they accomplished last year.

“We’re playing like we believe in ourselves right now,” Larrañaga said.

Added Courtney, “Our guys are willing to share a basketball. And that’s always a key, when you have several guys that can score. They’re willing to share it, turn down a decent or good shot to get a great shot. That’s when you know you have a chance to be pretty good. And we’ve done that so far. Again, we haven’t had outside competition. We’ll have to judge that and grade that out as we get to the outside competition. But as of right now, they’ve done a terrific job of sharing the basketball and kind of establishing that chemistry with each other. I think that’s been very important and I’ve been really impressed with how the guys have done that so far.”