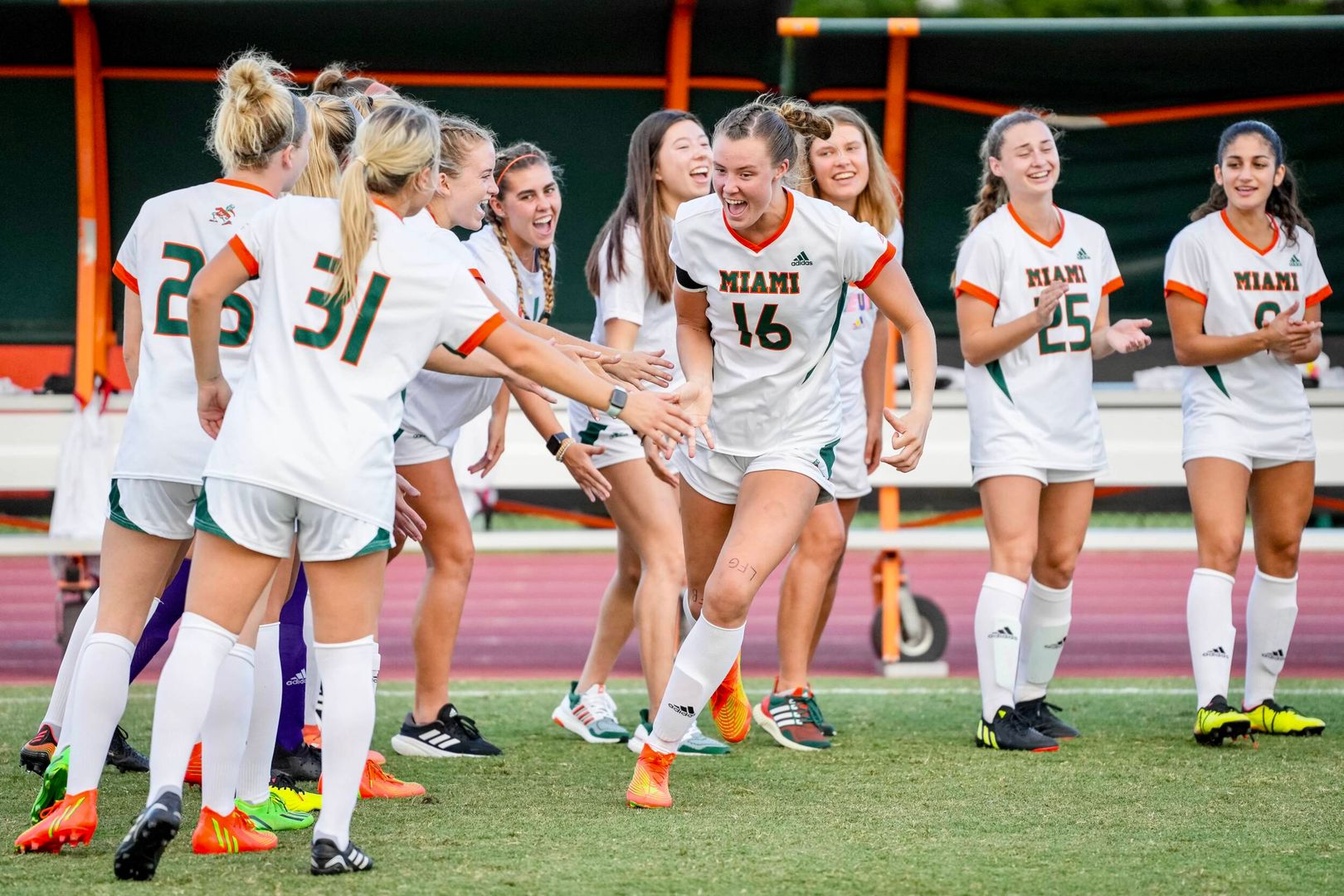 Miami found the back of the net in the opening minutes and held Boston College quiet the rest of the way Thursday evening.

In the eighth minute, senior midfielder/forward María Jakobsdóttir capitalized off of a throw-in, tallying her first goal of 2022.

Senior goalkeeper Melissa Dagenais recorded six saves in the Hurricanes’ fifth clean sheet of the campaign, the most by Miami in six seasons.

At NC State, Miami scored three times over an eight-minute span in ACC action for the first time in program history.

With their first victory versus the Hokies in six seasons, the Hurricanes collected their first win over a top-25 team since Oct. 24, 2019, when Miami bested then-No. 15 Clemson, 3-2, in double overtime.

Melissa Dagenais started her senior campaign without conceding a goal across the first 419 minutes. Dagenais paces the ACC in saves per game (4.6) and ranks second in total saves (65). The 6-foot-1 netminder made a season-best 11 saves against Mississippi State on Aug. 18.

North Carolina enters the weekend ranked second nationally and fifth in strength of schedule. The Tar Heels are coming off of a 2-1 triumph at No. 4 Florida State.

The Heels have posted an ACC-best 10 shutouts, which is tied for sixth-most among NCAA DI teams.